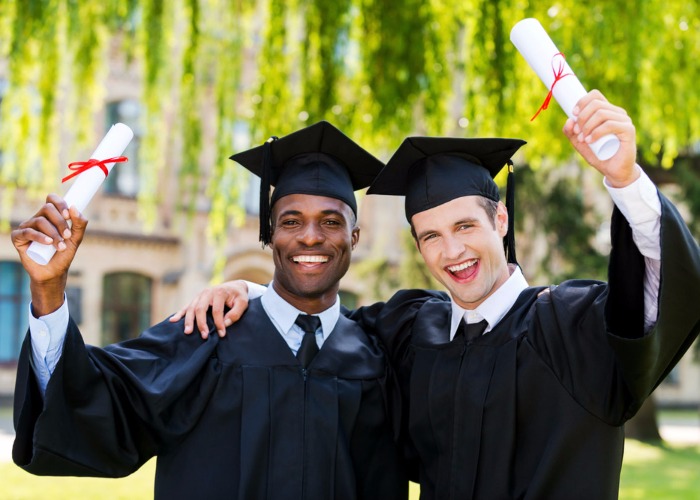 In a bid to get the best students, universities are doing BOGOF and other deals on Masters and postgraduate courses.

Universities have started offering buy one get one free and other deals on courses in a bid to attract the best students.

Sheffield is giving a free £10,000 Masters degree to students with three A-grade A-levels who enrol as an undergraduate. York is offering 10% off Masters courses while Kingston will knock off 25% off for graduates who go straight into its Masters courses.

Lancaster has 10% off a postgraduate course which will be bumped up to 20% off for gaining a first in an undergraduate degree.

Kent has gone a step further, offering a £1,000 discount for postgraduate courses and 10% off first-year tuition fees for a sibling or spouse who also joins the degree course.

Other enticing ‘perks’ include tickets to see Leicester City (from De Montfort University) as well as iPads and airport transfers.

Universities are already offering places on thousands of degree courses through clearing, days before A-level results have even been announced.

A rise in degree places is being blamed on fears that European and overseas students won’t study here because of funding uncertainty following the Brexit vote. There has also been a drop in the number of 18-year-olds, particularly boys, applying for university places.

Going to university could actually make you poorer

The Intergenerational Foundation found that graduate wages don’t make up for university fees unless you go to Oxford or Cambridge, or become a doctor.

Research examined the cost of higher education and the earnings boost that graduates expect during their career. Researchers concluded that high student debts mean that going to university just isn’t worth it any more.

Figures from the Sutton Trust reveal that in 2015, students left university with an average debt of £44,000 and typically owe more than students in the US, Canada, Australia and New Zealand.

This comes just days after maintenance grants were slashed, meaning that students have to borrow even more to cover their own living costs.

To make things worse, a report from loan company Amigo claimed that graduates are more likely to get rejected for a mortgage due to a poor credit score than non-graduates.

Amigo says that those who went to university are 10% more likely to be rejected for a mortgage because of poor credit history than applicants who just have A-levels.

Much of this comes down to previous unauthorised overdrafts and blank credit histories. The late payment of a bill from years ago is enough for a lender to turn you down – even if it was just a few pounds.

Since new mortgage rules were introduced in 2014, student loan repayments have to be taken into account when assessing affordability, potentially affecting the size of a loan that graduate borrowers can get. Take a look at student loan debt WILL impact your chances of a mortgage for more.

The right student account could help you through your university years, offering perks like cashback rewards and travel cards. Compare the top student account deals with loveMONEY now.

What you need to know about student finance:

The best- and worst-paying university degrees