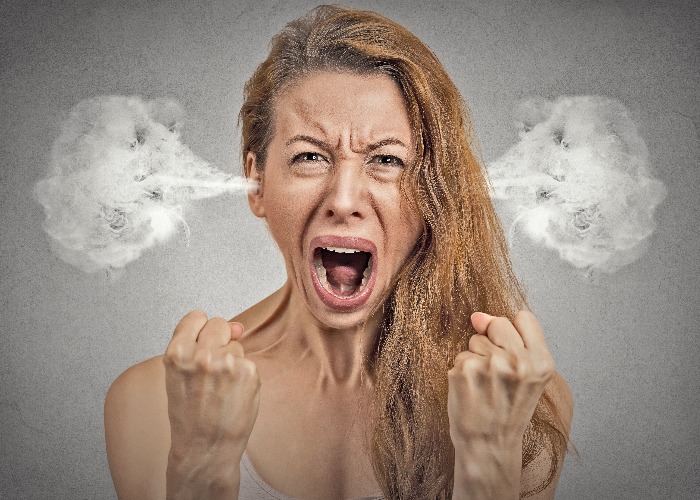 A distant flooding incident and a humble local brook makes getting home insurance a costly nightmare.

It’s my least favourite time of the year. Not because of the weather, but because it’s time for me to sort out my home insurance. A miserable job for many, but for me it’s absolutely excruciating.

That’s because of my house. It’s a lovely house, don’t get me wrong. I couldn’t be happier with it in fact. It’s close to my family, my commute into work in London isn’t horrendous, and we have plenty of room. No, the problem with my house is that it is classed as being a high flood risk property. And that makes getting home insurance a nightmare.

If you want to find out if your home is classed as a flood risk, all you have to do is pop over to the Government’s Environment Agency website and stick in your postcode. You’ll then get a map like the one below, which could charitably be described as being as clear as mud.

My house is found in one of those light blue areas, and is classed as a Flood Zone 2. According to the Environment Agency, there is a one-in-1,000 chance of these areas being hit by a ‘major flood’ each year. Those dark blue areas are classed as Flood Zone 3, and have at least a one-in-200 chance of being flooded each year, if there are no flood defences.

More on that important sentence later.

How close am I to water?

When you apply for home insurance, one of the questions you have to answer is whether you live close to water. As the picture below demonstrates, I have to say yes to this one. My house is just over the road from a tiny little brook, a good six feet or so below the height of the road. I've seen it rain for days on end, but the water level has never even come close to reaching the road.

But that brook, coupled with the fact that the area has been flooded before, makes getting insurance a disaster.

A history of flooding

Another question you face when applying for insurance is whether the property has ever been flooded. And again, I have to say yes to this, because the area was hit by a large flood.

Yes, getting home insurance is a nightmare because of a flood just shy of 70 years ago. Importantly, after that flood, the River Lee Flood Relief Channel was established, to ensure similar floods wouldn’t hit the area again. And would you believe it, there have been no major floods in the area since work was completed in 1976.

Now obviously it’s not perfect. There is still a chance of some extreme weather causing that tiny little brook over the road from my house to rise, and cause Biblical devastation to the area. But if we are being honest, it’s a little unlikely isn’t it?

Spread your payments with a 0% credit card

The problem with insurance

I know that I will have to pay a larger insurance premium because of that risk. And I’m OK with that. But the sheer size of the quotes I’ve got this year are laughable. Churchill quoted me £817, while Nationwide wanted a ridiculous £914. And those are the 'good' insurers that will at least consider me. The vast majority have absolutely no interest in offering cover.

Last year, sick of the whole process, I decided to go through a local insurance broker, thinking they would have a better grasp on the situation. They found us a decent policy costing ‘just’ £500. This year, that same insurer wants an extra £40.

Oh, but this time the insurer is removing all flood cover. Our policy will cost almost 10% more, and lose the one part of the policy which could be used to justify the sheer size of the premiums.

I have finally found a reasonably priced policy myself, but there is a catch. The insurer won’t cover us in case of flooding. Or rather, they won’t cover flooding until April, when the Flood Re scheme launches.

Isn’t Flood Re supposed to fix this?

Over the last few years, insurers and the Government have been working together to try to develop a new way to offer flood insurance, which will keep it affordable for people like me, but won’t leave insurers having to pay out huge amounts every year.

What they have come up with is Flood Re.

Here’s how it works. Basically, Flood Re will take over the flood risk part of the home insurance policy from the insurer, in exchange for a premium based on the property’s Council Tax band. The insurer will also pay excess on the flood part of the policy of £250.

The idea is that by essentially removing the flood insurance burden from insurers, cover will be kept affordable and people like me will have a wider range of insurers to choose from.

Sadly, it is already a year late. That delay has translated into a very real cost for me and the thousands of other people who live in homes that are deemed a high flood risk.

My own insurer has told me to call back in April once Flood Re is up and running, to talk about what happens now in terms of getting flood cover added to my policy. Another hurdle on the road to actually getting proper insurance.

Flood Re last week said that it wants insurers and homeowners to work together to reduce the risk of flooding or reduce the costs of repair once flooded. In a report, it said: “There is a gap between public and policymaker’s perceptions over who should take responsibility.”

There are a host of things that you are told to do to reduce the risk of flooding. One is to register with the Environment Agency’s Floodline Warnings Direct. You’ll get a phone call and an email any time a flood alert is issued in your area.

I have done this, and remember being terrified the first time I got the call. The trouble is, I get that call every time it rains for more than an hour or so. It’s reached the stage where I don’t even take the alert seriously, absolutely defeating the point.

I don’t mind paying a bit more for my home insurance because my home is deemed to be at greater risk of floods, even though I find it rather hard to believe. But I do object to the farcical process of even finding a policy. Hopefully Flood Re will deliver and make life a little easier – and cheaper – for the thousands of homeowners like me. But I’m not holding my breath.

Spread your insurance payments with a 0% credit card

Why being a landlord just got worse

Poundland: shopping hacks to save even more