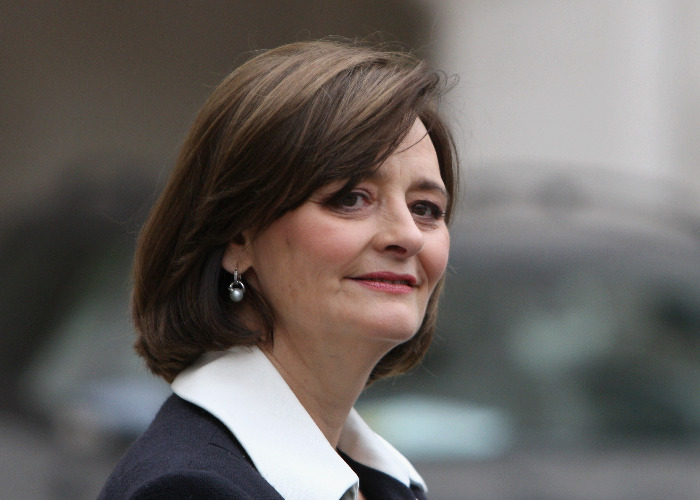 Mrs Blair’s law firm Omnia Strategy LLP has sent a letter to HMRC calling for a Judicial Review of the controversial policy change that will restrict buy-to-let mortgage interest tax relief from April 2017.

The case has been brought by two private landlords, Steve Bolton and Chris Cooper, who used crowdfunding to raise over £50,000 from 737 individuals including other landlords and letting agents that also think the policy is unlawful.

How buy-to-let tax is changing

He announced that landlords would no longer be able to offset mortgage interest costs against total rental income before calculating profit.

But Omnia argues that the policy discriminates against small-scale buy-to-let investors as it denies them the same rights as other businesses operating in the same sector.

These include corporate landlords, those able to fund their purchase with cash, those who own commercially let holiday homes and overseas landlords who are exempt from the new policy.

Bolton and Cooper also say the policy should be overturned as it violates a fundamental business principle where your profit is your income minus your costs.

The legal challenge is being brought on the basis that the policy breaches article one of the European Convention of Human Rights.

This is on the grounds it is essentially an unlawful form of State aid to corporate landlords, overseas buyers and the like, which gives them an unfair competitive advantage.

Blair's firm argues this is in breach of the articles in the Treaty on the Functioning of the European Union.

The firm also argues that the tax discriminates against landlords with mortgages as they are the only type of business where the cost of funding the capital for their business is not tax allowable.

As a result, some landlords will be liable to pay tax on losses and could have effective tax rates of over 100%.

The firm also points out there are likely to be consequences for tenants, such as rent increases, evictions and the reduced supply of rental homes.

Bolton commented: “This tax grab is unfair, undemocratic and underhanded, and we believe it is unlawful on a number of points. In no other business are costs wholly incurred to fund the business liable for taxation. In addition, there is no substantiation in the Government’s proposal that the changes will create a level playing field between homeowners and buy-to-let landlords.

“The change discriminates against the typically smaller landlord who may incur effective tax rates of over 100% while making an economic loss, and gives an unfair commercial advantage to many other categories of landlord unaffected by the change. We are therefore delighted that our legal challenge has progressed to the next stage and look forward to receiving the Government’s response.”

A successful legal challenge would be embarrassing to George Osborne and the Conservative government, especially given that it is being led by the wife of former Labour leader and Prime Minister Tony Blair. But many have been quick to point out Mrs Blair’s own personal interest in the topic.

Cherie and son Euan own multiple properties worth tens of millions of pounds that are let as investments.

There’s a £400,000 flat in Bristol which Cherie purchased as an investment in 2002, plus she has interest in more than 20 flats bought with her son Euan in Manchester and Stockport in 2014, according to Telegraph research.

The ownership of the flats appears to be through a company structure, which means the loss of mortgage interest tax relief won’t mean it has to pay more tax. However, it is believed Mrs Blair’s Bristol propertPicture: Chris Jackson / PA Archive/PA Imagesy is managed and directly owned, meaning she is liable to pay more tax under the reforms.

The Government has until Wednesday 10 February to respond to the letter, after which the matter moves to a Judicial Review. This is the formal process in which a court rules on whether or not legislation is valid.

Alongside Cherie Blair, human rights lawyer Adam Smith-Anthony is also working on the case. The legal opinion of Omnia Strategy LLP is that the campaign has a "reasonable chance of success".

Catch up on these: