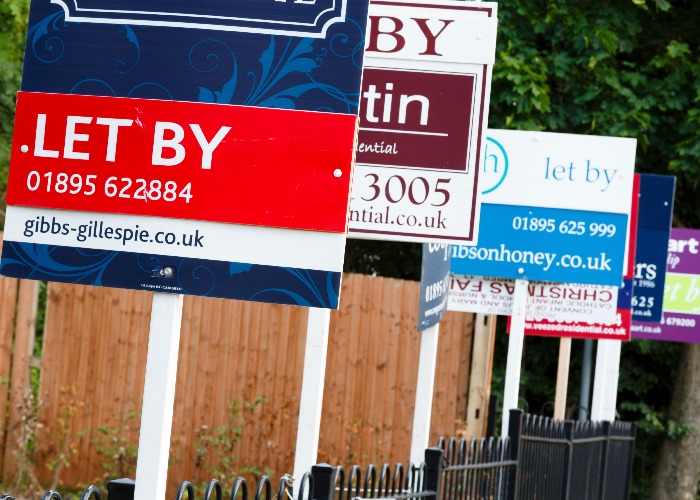 Landlords face big fines if they don't check a tenant's right to rent in the UK.

Landlords in England must check tenants have the legal “right to rent” in the UK from today, or face a fine of up to £3,000.

Those that rent or sublet their property, as well as those that take in lodgers, now have to establish whether residents have a right to be in the country by asking for official documents and taking copies.

The Government says the scheme’s aim is to deter illegal immigration and prevent illegal immigrants from accessing our finite housing stock. It will also help stop people who do not have the right to be in the UK from establishing a settled life here.

The right-to-rent scheme is now live, following a trial which started in December 2014 in the West Midlands.

Landlords in five council areas – Birmingham, Walsall, Sandwell, Dudley and Wolverhampton – had to check the immigration status of new tenants before allowing them to move into a property.

Following the 12-month trial, which saw nine fines dished out, the government is launching a wider roll out.

What you need to do if you are a landlord

All landlords in England will have to check adults that want to live in their property will be using it as their main home.

They now also have to ask for evidence of a potential renter’s identity and citizenship, for example a passport or biometric residence permit (an official form of identification provided by the Home Office) and make sure they are genuine and not expired.

The Government has produced a user guide on document checks to help landlords understand what they need to be asking for.

Landlords then have to make and keep copies of the documents for the duration of the tenancy and until at least 12 months after the tenancy has ended.

Where the tenant is a non-EEA national with a time limit on their stay in the UK, the landlord or agent will need to make another check when the person’s visa or residence permit is due to expire. If the tenant doesn’t pass this further check you must tell the Home Office.

Landlords that use managing agents can ask them to carry out the checks, but this agreement has to be in writing.

The new rules only cover new tenancies so there’s no need to go back and check existing tenants.

Landlords found letting a property to someone who doesn’t have the right to rent could be fined up to £3,000.

What right to rent means for landlords

Right to rent means that thousands of landlords, many of whom fall into the 'accidental' landlord category, are effectively being forced to act as the UK’s border control.

Campaigners have warned that landlords are likely only to rent to “white tenants with British-sounding names” to avoid the risk of a fine and could lead to widespread discrimination as landlords take the easy option.

They have a point. I was a landlord for five years and there are already plenty of checks it’s advisable to carry out before granting someone a tenancy. Do they have a job? Can they afford the rent? Do they have a history of rent arrears and damaging rental property? What’s their credit history?

Thankfully I am out of the landlord game now, but I sympathise with landlords’ plight. Do landlords really need another thing to worry about when finding a tenant for their property?

I can see a situation arising where anyone who sounds “foreign” is turned down for a property in favour of someone who looks and sounds British and has a typically 'British' name. Is this approach racist? Maybe, but landlords are likely to take the easy option.

What right to rent means for tenants

I don’t think right to rent will benefit tenants in any way. For starters, landlords are likely to favour low-risk tenants whose legal right to reside in the UK is clear cut.

Alternatively, landlords and letting agents may decide to check out the immigration status of all tenants, not just those from overseas. This means more work has to be done before a tenancy is granted, and with letting agents notorious for charging massive fees for small admin tasks, there is likely to be an extra cost to the tenant.

For those tenants who can’t easily prove they have the right to live in the UK there will be an increased risk of being forced into sub-standard accommodation owned by dodgy landlords who ignore the rules.

Right to rent will do little more than pass the immigration buck from the Government to ordinary citizens.

Landlords: what to do if your tenant won’t pay