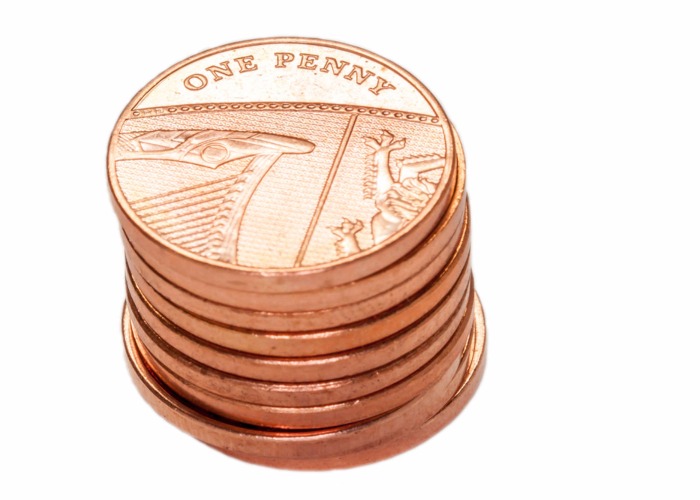 Mark Carney has suggested we ditch the 1p coin - do you agree?

Bank of England governor Mark Carney has suggested that the 1p coin could be scrapped.

Carney, who oversaw the withdrawal of the 1 penny coin when he was governor of the Bank of Canada, said it "made sense" to get rid of the coin, admitting it was effectively becoming worthless.

A group of BBC News School Reporters asked the governor if ditching the penny was a good idea, to which he replied "at some point".

He continued: “I made the point that we keep inflation low, stable, predictable. But actually what that means, what parliament tells us to do, is to make sure it averages 2% a year.

“The cost of a chocolate bar should go up 2% a year and ideally wages should go up more than that so people are getting ahead.

“But the point was that over time that means the real value of the penny, and what the penny can buy, goes down, and so at some point it does make sense to get rid of it.”

One and two cent coins were dropped from circulation in Ireland on October 28 2015.

Retailers were told to round bills up or down to the nearest five cents when a shopper chooses to pay in cash, to phase out the use of small change.

The country is the latest to ditch smaller coins and joins six other EU nations which have adopted a rounding system to do this: the Netherlands, Finland, Hungary, Belgium, Denmark and Sweden.

The Central Bank of Ireland, which implemented the scheme, said small coins were rarely used by shoppers. What's more, the one cent coin costs more to mint than its equivalent face value, as it costs 1.65 cents to make.

The roll out of the scheme followed a successful trial in Wexford in 2013 which revealed that 85% of shoppers and 100% of retailers were happy with the system of rounding.

Now the five cent coin (worth 3.7p) is the smallest unit of exchange in Ireland.

Canada, New Zealand and Australia have also done away with their equivalents of the penny; Mark Carney said it had also given the people the chance to donate them to charity.

Should we ditch 1p and 2p coins in the UK?

The latest figures from The Royal Mint show there are 11.3 billion 1p coins in circulation in the UK today.

It's not clear what it costs to produce the coins. The Royal Mint says it doesn't give this sort of information out as it could be "commercially sensitive", however it reassured loveMONEY that it costs less to make than its face value.

But when was the last time you used a 1p to pay for anything? At the time the penny came into circulation in 1971, a pint of milk cost 5p.

With inflation, as well as more convenient ways to pay for smaller purchases like contactless card transactions, 1p coins are becoming less useful.

Instead of carrying around and spending the money, the coins tend to be stashed in jam jars, down the back of sofas or end up elsewhere in people’s homes.

A number of surveys have revealed many people simply throw their spare coins in the bin on a regular basis.

Meanwhile those that are a bit savvier and try to save the coins up might have trouble spending their stash. That's because legally businesses in the UK don’t have to accept more than 20p in 1p or 2p coins, as one mother found out when she tried to take a First Bus with her spare change last year.

So what do you think? Should the penny be scrapped? Vote in the poll below.

Liked this story? Now read these:

10 savvy ways to save at Sainsbury's