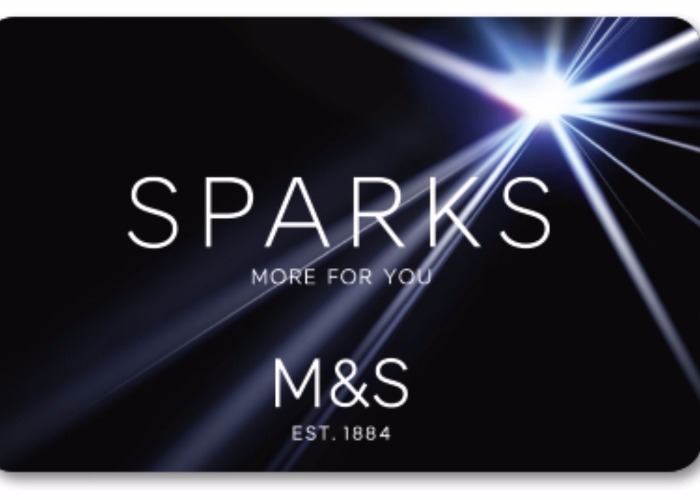 M&S revamped its SPARKS loyalty scheme earlier this year after members said it was too confusing. But the new version isn't really any clearer, writes John Fitzsimmons.

Marks & Spencer (M&S) relaunched its SPARKS loyalty card in July, with the promise of instant rewards, more tailored offers and a wide selection of charities to support.

The SPARKS scheme was first launched back in 2015, and rewarded shoppers with points when they spent in store or posted product reviews.

As shoppers built up points, they would unlock new offers and perks open to them, such as early access to new fashion lines and invitation-only events and masterclasses.

However, M&S has said, that following feedback from thousands of scheme members, it has redesigned SPARKS to remove the elements that people found “confusing”.

Know anyone who loves the M&S Dine In meal deal? Buy them a special Dine In gift card

One big selling point of the new scheme is the chance of getting your shop for free. Every week one shopper, who swipes their SPARKS card or app at the till, will get their shopping for free.

Even if you don’t get your shopping for free, some shoppers will be presented with special offers or treats based on their purchases, from packs of Percy Pigs to Apothecary candles.

Plus, M&S has emphasised that there will be better offers based on how often you shop.

The idea is that this relaunched SPARKS scheme will allow M&S to understand its customers better, and therefore provide more personalised deals.

So, the more regularly you shop at M&S, the better the store will understand how you like to spend your money, and in theory the more relevant the offers will be for you.

Another feature of the old scheme was the fact that money was donated to charity each time SPARKS members shopped with M&S. Members choose who the donations based on their shopping goes to.

It has extended the number of charities included in the scheme now, with 35 charity partners now on board.

Charity partners include the likes of NHS Charities Together, the British Heart Foundation, The Stephen Lawrence Charitable Trust and GOSH.

Don't forget to check out our M&S meal deal roundup. It lets you know when the next offer will be available and what's on the menu. Or you can pick up a Dine In gift card if you know someone else who loves the meal deal.

Pushing people onto its app

M&S is very keen to talk about SPARKS as a ‘digital first loyalty scheme.’

So far as I can see, what this means is that it has an app, rather than relying on a physical card (though you can ask for a physical card if you’d prefer one), and the app is where you will be presented with various offers.

Importantly, M&S will be sending a thank you gift to ‘its most loyal customers’ through the app.

We've seen similar moves from the likes of Sainsbury's and Tesco, offering incentives that can only be claimed through its app rather than a trusty old card. It's something that certainly annoys some of our readers, who don't even own smart phones.

Is the new scheme any good?

This is the big question, but right now there isn’t really an answer for it. It’s certainly true that the old scheme was confusing, but things aren’t that much clearer with the new setup.

We don’t know how often shoppers will be presented with offers based on what’s in their shopping basket, nor what those offers will really look like.

And while there will always be arguments over just how generous these schemes are in terms of the points you get when you shop, there is at least some certainty. If I spend £100 in Tesco, I know how many Clubcard points I’m going to get.

But with SPARKS, what am I going to get for spending £100? I honestly have no idea.

With those schemes, I can enjoy a wide variety of rewards from outside of those supermarkets too. I can cash in my Nectar points for money off flights, trips out with the family, gizmos for the car, as well as simply saving a few quid at the till.

But with SPARKS the benefits, that we know about at least, are limited to M&S itself.

That’s not a bad thing in and of itself of course. There are plenty of people that do the bulk of their shopping, from food to clothes to homeware, at M&S. For those shoppers, signing up to SPARKS and getting a little extra back makes complete sense.

Indeed, even if you are only an occasional M&S shopper it has to be worth at least giving SPARKS a go.

Whereas before SPARKS really only provided anything to shoppers who spend regularly at M&S, now even the occasional M&S shopper is at least in with a chance of bagging a free shop, and all simply for having an app on their phone.

But whether that makes SPARKS a good loyalty scheme, in and of itself, is open to debate. Personally, I'm reserving judgement until we see more of what the offers look like.

This article contains affiliate links, which means we may earn a small commission if you click through and make a purchase. This article was written independently and is in no way influenced by any advertiser or commercial initiative.