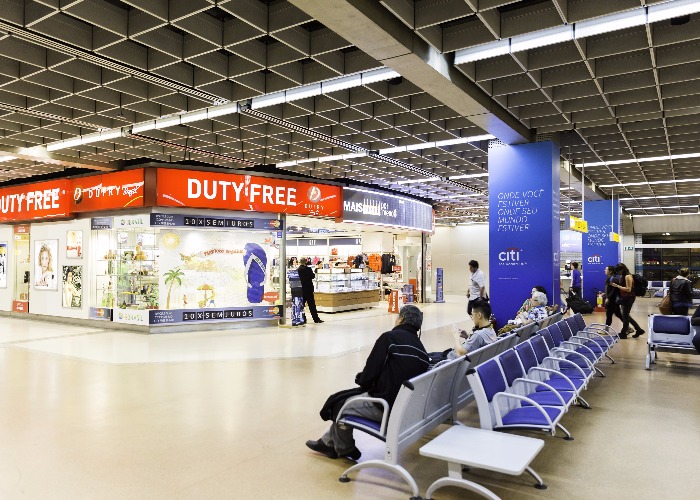 Airport retailers are pocketing millions by failing to pass on VAT savings.

Airport retailers have been accused of using travellers’ boarding passes to avoid paying VAT, but refusing to pass that discount onto shoppers.

When you buy something from a shop in an airport, you will be asked to hand over your boarding pass to be scanned. If you are flying outside the EU, the store can then claim back VAT of 20% on what you are buying.

However, according to the Independent, retailers are making a mint by failing to pass that saving on to shoppers, and instead pocketing it themselves.

For example, it found that Boots charges the same for its products, whether they are sold in an airport or on the high street. Meanwhile other stores such as Dixons offered some discounts, but they were so small that the retailer still ends up much better off.

Essentially, if you are travelling outside of the EU and hand over your boarding pass, in most cases you are helping the retailer slash their tax bill and getting nothing back in exchange.

This backs up research earlier this year from Cheapflights.co.uk, which found that only cigarettes and sunglasses were significantly cheaper in airport shops than on the high street.

It’s all a far cry from the days when shopping at airports offered significant savings. So what changed?

The end of duty free

A couple of decades ago, stocking up on things like cigarettes and alcohol at airports was a regular part of trips abroad for millions of British travellers.

That’s because purchases at airports and on ferries were duty free, meaning no VAT was charged. And that meant potentially massive savings.

However, not everyone was a fan. A number of European nations, led by Denmark, campaigned for duty free sales within EU states to be scrapped. They argued that giving up the tax receipts on sales within a single European market was “illogical”.

This was then agreed by the EU Council in 1991, though it wasn’t until 1999 that it was finally able to bring the change into law, despite heavy opposition from the UK, France and Germany.

What can you do now?

Handing over your boarding pass in an airport retailer is not actually obligatory. As a result, a number of consumer groups have called for holidaymakers to start refusing to do so, arguing that only by hitting the retailers in the pocket – as they won’t be able to claim the VAT back for long-haul travellers – will we be able to force a change.

Indeed, reports have suggested that a number of travellers are already doing just that, although some shops are apparently refusing to serve them as a result.

It’s also worth noting that not all retailers are behaving like this. Harrods, for example, sells all of its products VAT-free in its Heathrow stores.

And there are hopes that the pressure from this practice being exposed will lead others to follow suit.

David Gauke, Financial Secretary to the Treasury, told the Independent: "The VAT relief at airports is intended to reduce prices for travellers not as a windfall gain for shops."

"We urge all airside retailers to use this relief for the benefit of their customers,” he added.

This furore should reinforce the importance of shopping around, whether you’re buying 200 cigarettes or an electrical item. Assuming that you’ll automatically get a better deal at an airport is a potentially expensive mistake.

Compare credit cards that don't charge for overseas use