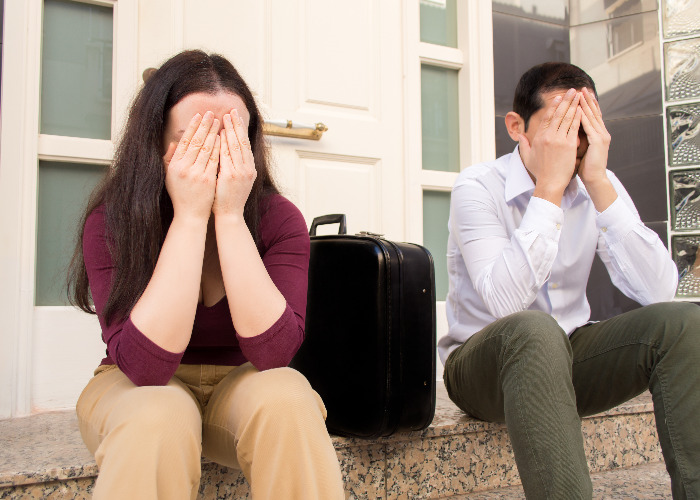 From reduced incomes to rising bills, millions are going to have to find ways to make their money stretch further in the coming year.

It’s a gross understatement to say that the last year and a half has been a difficult time.

All of us have faced all sorts of challenges ‒ physical, mental and financial ‒ since Covid arrived on the UK’s shores in early 2020.

And while vaccines have helped take the edge of the pandemic, the sad reality is that there is plenty of pain still ahead for a lot of people when it comes to their bank balances.

For starters, an awful lot of people across the country are going to be seeing a noticeable drop in the amount of money they bring in each month.

Take Universal Credit. The Government introduced a temporary £20 top-up to this benefit payment during the pandemic and plans to remove it from 6th October.

It’s a move that’s been slammed from all corners, even Tory MPs, who are only too well aware that for many Universal Credit recipients that extra £20 makes an enormous difference to their standard of life.

And let’s be clear, a lot of people who receive Universal Credit are already in work ‒ it’s there to top up their wages to something that will support their families.

The furlough scheme, which has supported millions of jobs, is also set to end in the coming weeks.

According to the most recent data, there are still 1.6 million people on furlough, and let’s face it, there have to be doubts about how viable many of those jobs are once the scheme ends.

A significant number of those people currently on furlough will find that the end of the scheme coincides with them losing their jobs, and so having to start hunting for new employment while getting by on savings or benefits like the jobseeker’s allowance.

Even for those people whose jobs are perfectly secure, there is going to be an income hit ahead.

The Government has confirmed plans to increase National Insurance from next April by 1.25% in a bid to provide more funding to the NHS and social care system, a move that as we explained will cost someone earning £30,000 an additional £255.40 each year.

Across the country, millions of us are going to be looking at our bank balances and wondering why we aren’t bringing in the same amounts we normally would.

To add to the fun, the amount of money we spend is likely to increase too.

One of the expenses that we simply can’t escape is our food shopping each week, but the big supermarkets are all warning that there will be price rises ahead.

Prices are being driven up by the combination of more money being spent on lorry drivers, rising prices for fuel and raw materials, as well as greater regulatory checks on imported food.

Supermarkets aren’t in a position to simply absorb those additional costs, which means that inevitably they will be passed onto us shoppers in some form.

And then we have energy bills. Ofgem, the energy regulator, has already been sounding the alarm that increasing wholesale gas prices will “feed into all customer energy bills in the UK”, while a host of suppliers have already announced price rises.

We already know the energy price cap is going up in October, so don’t be surprised if there are further increases ahead.

With inflation forecast to hit around 4% this year, the money we spend on everyday essentials, let alone on the occasional treat, is only going to rise at precisely the same time when we are likely trying to make reduced incomes stretch a little further.

The StepChange Debt Charity has said that it is seeing more and more people ask for help, members of over-represented groups that have been hit hard by the pandemic.

It warned that there is a real risk of a two-speed recovery, where those that are in a relatively stable position already do ok, and those who have already been hardest hit are completely left behind.

This has been supported by new data from the Office for National Statistics, which emphasises the fact that those on low wages were most likely to have been hardest hit by the pandemic, and now face the biggest challenge in getting their finances back on track.

This is a big challenge for the authorities, to not only recognise but also try to do something about.

Can you help yourself?

Some of these new financial pressures are out of our hands. There’s not much you can do about the National Insurance rise, for example, or the likelihood of Council Tax rising once again in 2022.

But there are areas of your finances where you can take steps to try to at least lessen the blow, particularly when it comes to your expenditure. If your grocery shopping is starting to feel painful, then it could be worth switching to a cheaper retailer.

We’ve detailed how the main names compare on a regular basis, based on a typical basket of goods (plus we do a roundup of the best weekly supermarket deals here).

Similarly, it’s worth checking your energy and broadband deals, to see if you could switch to a cheaper deal and save some cash.

The energy price cap for example only applies to the standard tariffs charged by energy suppliers, which are already the most expensive deals on the market.

If your deal is protected by the price cap, then you could undoubtedly save more simply by switching to a new fixed tariff.

Shopping around for new deals on your regular expenses isn't going to mean you are suddenly flush with cash. But it could make a real difference to just how comfortable you are over the next year.