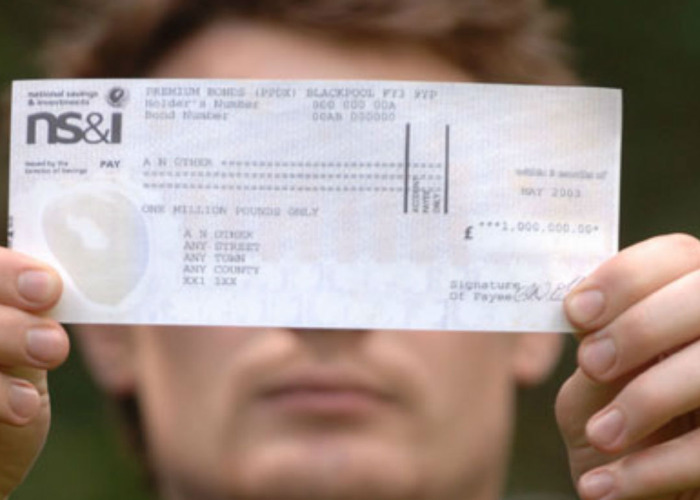 Savers can have their prizes paid directly into their bank account.

Millions of people across the UK have money in Premium Bonds ‒ they are effectively the nation’s favourite savings account.

And a big part of the allure is the potential for a special letter to drop through the letterbox at the start of each month, to inform you that your number came up and you’ve won a prize. What’s more, there’s no hanging around for the prize either ‒ it’s right there in the form of a cheque.

My wife has Premium Bonds so I’ve seen first hand the excitement that comes from realising who that letter is from, and the way that cheque is held aloft like the FA Cup.

But times are changing and the days of receiving a cheque in post from National Savings & Investments (NS&I), the Government-banked institution that runs Premium Bonds, will soon be at an end.

NS&I plans to begin phasing out paying Premium Bond prizes by cheque from the December 2020 draw, with the intention of cheque prizes being removed entirely by March 2021.

Instead many people with winning bonds will receive a prize claim letter, telling them how to arrange payment of their prize.

NS&I wants to see more bondholders save their bank account details with the firm, so that prizes can be paid automatically.

It’s something that plenty of savers have already done too, with almost three quarters (74%) of the prizes from September’s draw either paid directly into a bank account or reinvested in more Premium Bonds.

Ian Ackersley, chief executive of NS&I said there was an “understandable affection” for prizes arriving in the post, but noted that since March nearly half a million Premium Bond savers had already switched to having prizes paid directly into their accounts or reinvested, and highlighted that this method allows NS&I to dispatch prizes more effectively.

The first step is making sure you are registered with NS&I’s online and phone services, which you can do through nsandi.com/online-registration.

For those without internet access, NS&I can be contacted on 08085 007 007. Savers can then provide NS&I with their bank details.

An end to unclaimed prizes?

Getting the cheque in the mail isn’t the only way to discover if you’ve won, of course.

Here at loveMONEY we run through the big winning numbers each month, while there is also a prize checker functionality on both the NS&I website and official prize checker app.

However, the fact is that while savers have been able to have their prizes paid directly into their bank accounts since 2011, plenty of prizewinners have not done so. And that’s meant significant sums of money ‒ sums that could genuinely be life-changing ‒ have gone unclaimed.

According to NS&I the best part of £63m of prizes remain unclaimed, while last year cheques worth more than £8m were returned to NS&I.

It can easily happen ‒ you move house and while you update your normal bank and credit card accounts, you forget to notify NS&I. As a result you never receive those big money prizes.

That’s one issue that will hopefully be eradicated with the move towards direct payment of prizes, but it still relies on us updating those banking details as and when necessary.