How to pay with contactless, including debit cards, mobiles, watches and rings.

In 2018, card payments overtook cash as being the most popular payment method in the UK, and data shows that more and more people are going cashless.

With that, we are seeing a huge increase in contactless payments, and in October 2019 there were 761 million contactless transactions – over 70 million more than in the previous year, according to UK Finance.

So, how does contactless payment work and where is it headed?

What is a contactless payment?

Contactless is a fast and easy way to pay for goods and services. Instead of using a personal identification number (PIN) to authorise a payment, you simply wave your credit card or other contactless device over a contactless terminal to make your purchase.

It’s been claimed that contactless can make your transactions almost twice as fast as more traditional ways of paying such as using cash or punching in a credit or debit card PIN.

There are numerous ways to pay with contactless ranging from cards to wearable devices. They all work using the same underlying technology; an antenna that transmits purchase details from the payment device to the terminal via radio frequency.

Use of contactless payments has increased drastically over the last couple of years, with 84% of debit cards and 64% of credit cards having contactless functionality, according to UK Finance.

It also forecasted that 37% of all payments will be contactless by 2028, so it makes sense that there is a growing number of ways to pay by contactless.

The most widely used form of contactless payment is a contactless credit or debit card. The cards contain a chip that holds your account details and an antenna that connects to the card reader. You can use them to pay for purchases and simply wave the card above the reader to complete the transaction.

How to stay safe when paying with contactless

It’s also possible to pay for something accidentally. Transport for London warns against card clashes, which is when more than one contactless card is placed on the reader at the same time. If this happens the reader will either not work or you may be charged on a card that you didn’t intend to pay with. To avoid such accidents, it’s advisable to remove the contactless card from your wallet to use it rather than simply waving the whole lot across the reader. 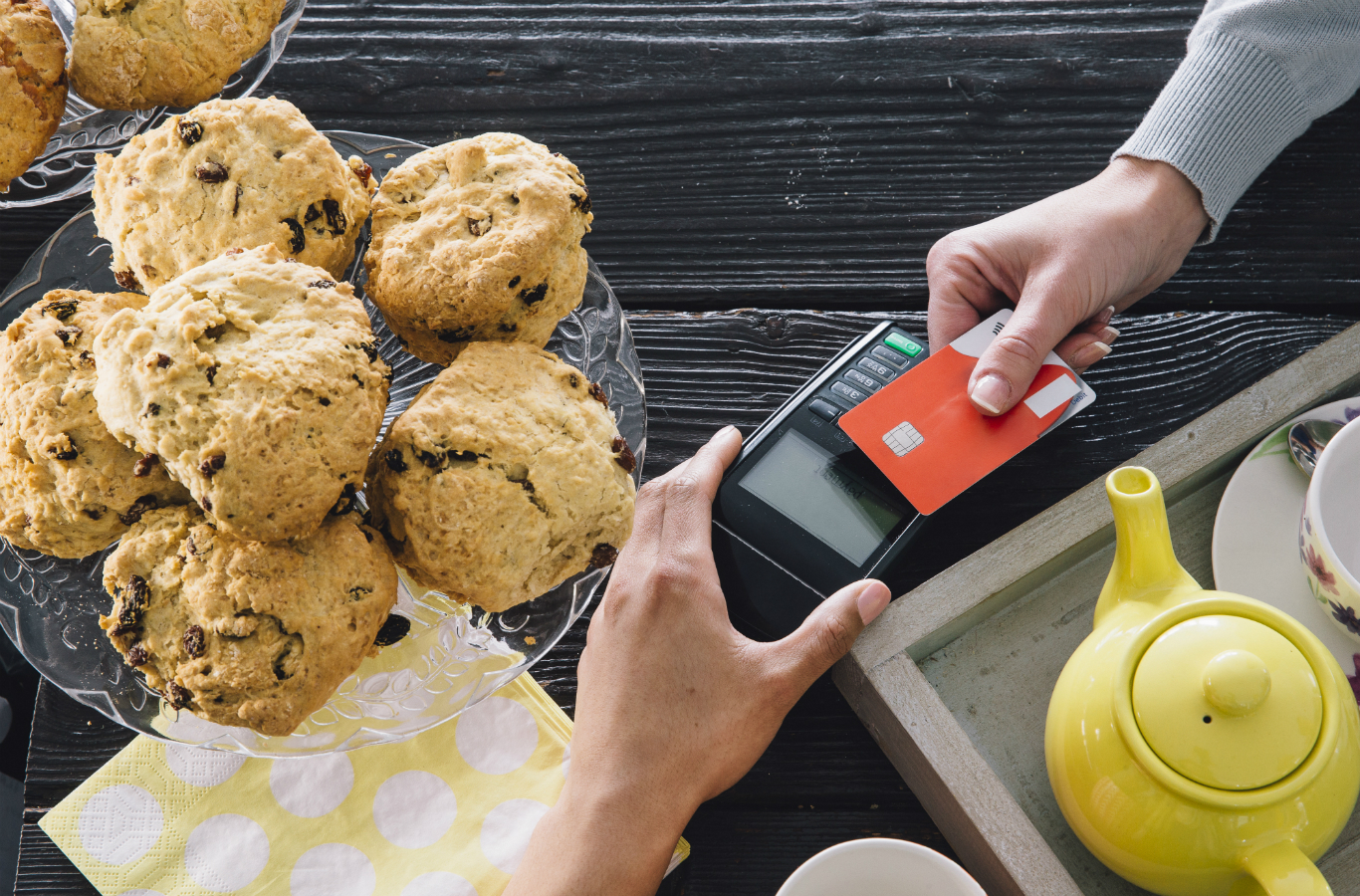 According to reports it may be possible for someone to copy your card details without you knowing, however, it’s highly unlikely. There are metal cases for sale that claim to protect your cards, and there are other tips and tricks to avoid silly mistakes when making contactless payments.

If you do use contactless cards keep a regular check on your statement and if you notice anything out of the ordinary, report it to your bank or building society immediately. Your bank should refund the money as long you have taken ‘all reasonable steps’ to keep your card safe. You will have to pay the first £50 of the total amount spent, although some banks may waive this.

Paying with your Smartphone

An increasing number of people are using their smartphones or tablets to make contactless payments. Unsurprisingly, Apple were first off the contactless blocks with the introduction of Apple Pay which works for anybody with an iPhone (iPhone 6 or later) or Apple Watch.

Instead of using your credit or debit card to pay, you can ‘tap-to-pay’ with your iPhone. Card details are encrypted and saved within the pre-installed Wallet app, and ‘token’ numbers are generated for payments so that your personal details are never passed on.

Apple claims that the system is more secure than using your contactless debit or credit card as there is an added layer of security because it uses the Touch ID fingerprint to authenticate any contactless transactions. Because of this, you can use your smartphone to make purchases in excess of £30 in a lot of locations.

If your phone is stolen or lost, you can stop any future payments by logging into Apple iCloud and putting your phone on ‘lost mode’ using the Find My Phone App.

For non-iPhone users, there’s Google Pay (an amalgamation of Android Pay and Google Wallet) which works in pretty much the same way as Apple Pay. Depending on your phone, payments are authorised by either fingerprint ID or by unlocking your phone.

Google Pay also uses tokens. This means that customer payment information is kept private, making the service more secure and if your phone is lost or stolen, you can find, lock, and erase it using Find My Device.

Paying via contactless on wearable devices is becoming more and more common, with Apple Watches, Fitbits and K Rings leading the pack.

Fitbit Pay works on certain Fitbit devices in the same way as Apple Watches, however it is supported by a limited number of banks, so you’ll need to check that you’ll be able to connect your account to your Fitbit before relying on it as a payment method.

K Rings were the first contactless payment rings available and they work exactly as a contactless card would. They also don’t need charging or pairing and come in different sizes and colours. The rings are even waterproof, so they’re fine to be taken in the sea or the shower. 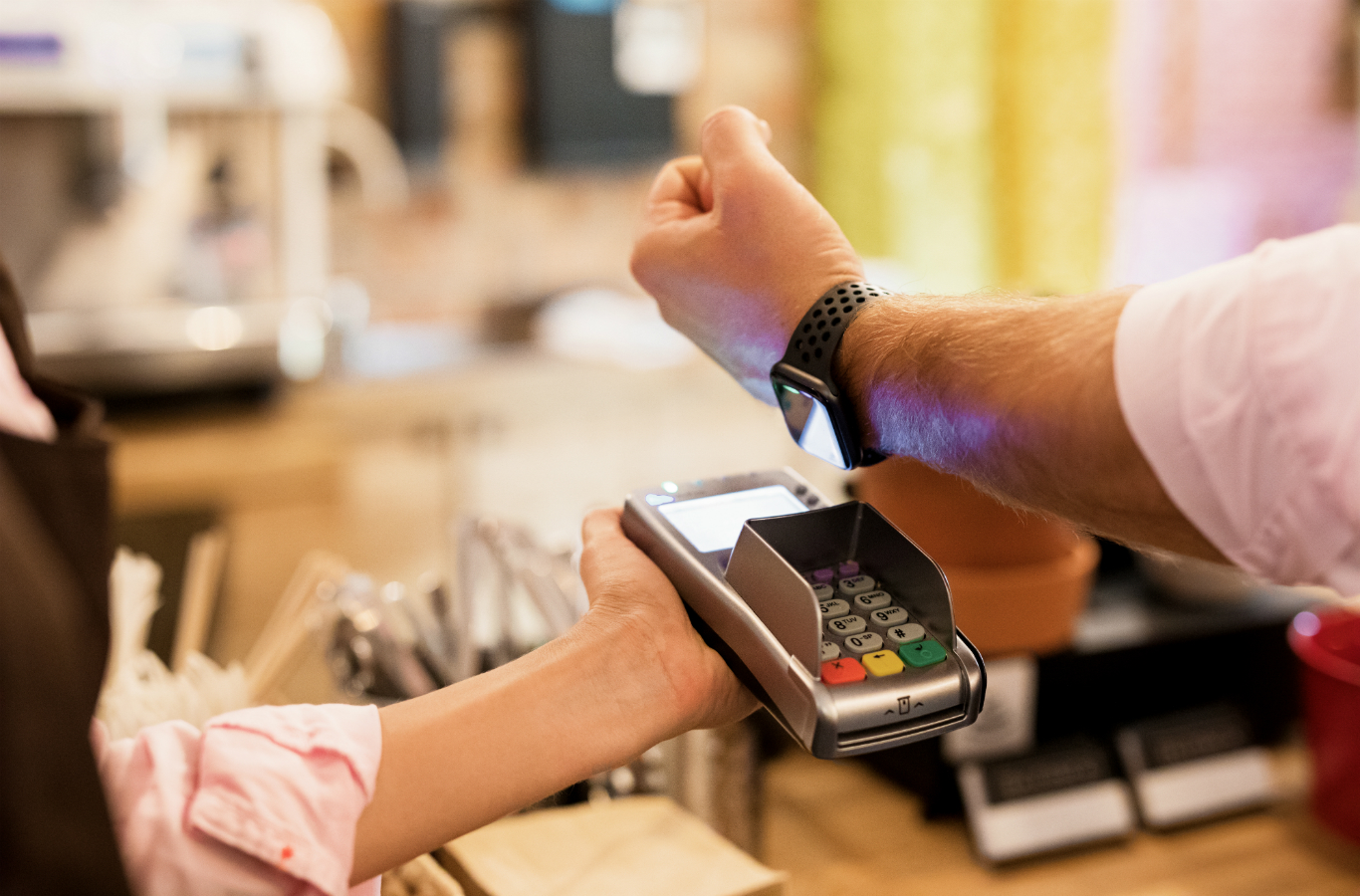 bPay was a Barclays venture into wearable devices, however its products are now being taken over by Pingit. Anybody with a bPay device has until 12 September to move to Pingit, and customers should get in touch with its customer services team if they have not already heard anything about switching over.

The future of contactless

Being able to pay with watches and rings is something that we wouldn't have imagined ever doing a decade ago, and with technology moving at such a fast pace, the next decade is likely to see some pretty exciting advancements when it comes to contactless payments.

For example, China is the first country to start rolling out facial payment technology, whereby shoppers need only smile into a camera for their payment to process.

As to when this kind of technology will become widespread in the UK, only time will tell.