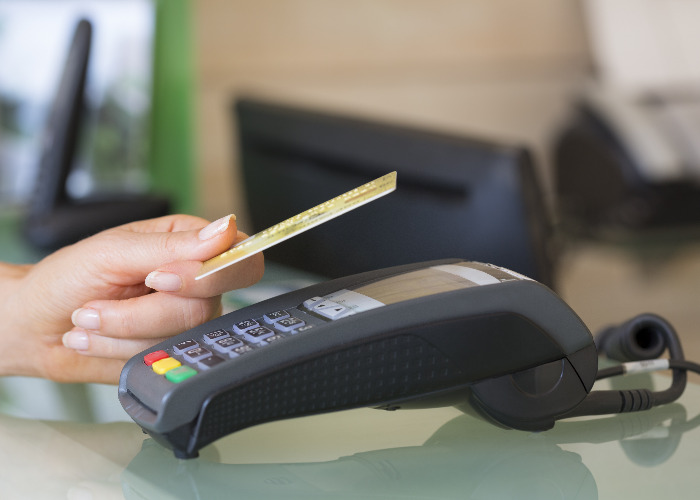 As it's announced that the contactless limit will rise to £100, any payment mistakes we make could become far more costly. Here, we look at some of the most common blunders to avoid.

The contactless payment limit is set to more than double from its current limit of £45, it has been announced today.

"Contactless payment has proved very popular with consumers and an increasing number of transactions are being made using contactless technology.

"The increase in the limit to £100 will allow people to pay for higher value transactions like their weekly shop or filling up their car with fuel.

While the limit will officially come into effect on 15 October, you may find many stores aren't yet able to process payments above £45 as it'll take time to get all terminals updated.

The increase will undoubtedly raise security concerns among cardholders, as the amount they could lose via contactless payments is about to skyrocket.

To help keep your money safe it's vital you remain vigilant and avoid these common mistakes many people make when tapping on the go.

Contactless payments are so simple to make that it’s easy to forget to check the amount before tapping. So a £2.80 bill can easily become £28 if you’re not careful.

Research from card payments firm PaymentSense back in 2017 showed that we’re more likely to be overcharged when we pay using contactless technology than any other way.

It found around 53% of shoppers were overcharged when using contactless payments compared to 41% when using cash.

The research also found as many as 15% don’t request a receipt so we’re even less likely to notice we’ve been charged incorrectly.

PaymentSense set up an experiment in London to check how good we are at spotting being charged the wrong amount.

The pop-up coffee stall accepted contactless payments but deliberately entered the wrong amount into the card machine. In some cases, the stall charged £28 for a £2.80 coffee.

Being overcharged is often a simple mistake but in some cases, devious servers may try to inflate your bill so that they can lift the money from the till.

You might be particularly vulnerable to this in a pub, bar or restaurant when you are distracted especially if the server takes the card and taps for you! Which leads us onto the next point…

Handing over your card to pay

Admittedly this is far less likely to happen given the current pandemic, but it's worth reiterating that the UK Cards Association best practice guidelines state the card ‘should always stay in the customer’s hand’.

Sometimes servers at pubs, restaurants, bars or shops will reach out to take your card and tap it themselves. While this is most likely an innocent, if ill-judged, gesture it could be a crafty way to steal your details.

Experts say you should refuse to hand over your card to pay for goods or services as this could leave you vulnerable to getting your card skimmed – where your details are copied.

Not checking your statements

Even if you’re hot on checking the amount before paying, you could still fall foul of contactless card problems by failing to keep an eye on your statements.

This is especially important given the reports that lost or stolen cards that have been cancelled can still be used by fraudsters to make contactless payments.

The security flaw lies in whether the contactless payment is processed ‘online’ or ‘offline’ by a business.

When payments are processed online the card machine instantly contacts the customer’s bank to check for sufficient funds and if a card has been cancelled it will be flagged – so there is less risk of fraud.

However, if a payment is processed offline the card machine stores up a batch of payments to process online later. This process is allowing criminals to get away with using the stolen contactless cards long after they’ve been cancelled.

The advice is to keep checking your statements for unusual activity and flag any payments you are suspicious of or don’t remember making to your bank, which should refund you for your losses.

Keeping your cards in the same place

If you have more than one contactless payment card in your wallet you are likely to experience card clash.

This is common on the London underground when commuters don’t remove one particular card to use on the reader and try to tap their whole purse or wallet.

Contactless terminals are obviously designed to only take one payment from one card for any one transaction, so will reject a payment if more than one contactless card is presented at the same time.

This isn’t a safety risk but could cause a bit of a hold up for the people behind you in the queue and could mean you end up paying with a card you hadn’t intended to.

Thinking it’s all about cards

Contactless payments technology is now widely available on other devices like smartphones, tablets and smartwatches via Apple Pay and Android Pay.

These systems allow you to store your credit card and/or debit card details in a secure mobile wallet and use your device with a contactless reader.

This means you can leave your contactless cards and the rest of your wallet at home.

While contactless allows you to make payments without a PIN, it doesn’t mean you can forget it entirely.

Card issuers only allow five consecutive contactless transactions that can be made before a PIN is requested in order to prevent fraud.

So if you only use your card for small payments make sure you can recall the PIN to avoid getting caught out at the till.