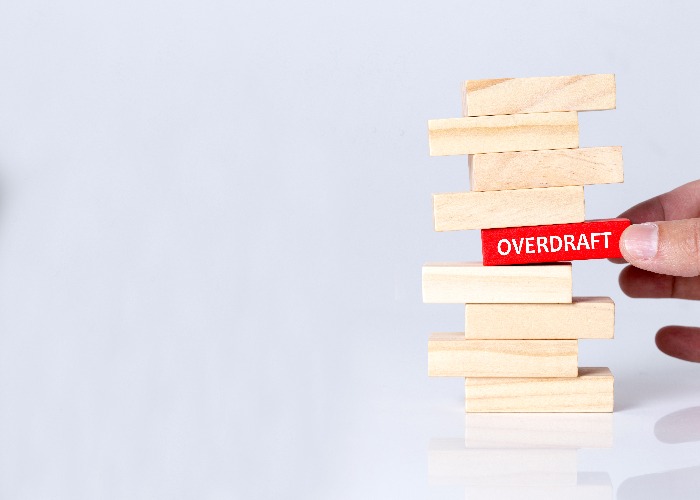 The overdraft revolution is punishing those who used their overdrafts properly, all in the name of 'fairness'. Even the FCA seems concerned by how things have panned out.

Another week, another raft of announcements of what interest rates some of the nation's big banks will be charging for overdrafts when the new regime starts in April.

Lloyds, Halifax and Bank of Scotland ‒ all part of the Lloyds Banking Group ‒ have revealed that they will be charging either 39.9% or 49.9%, with most customers on the lower rate.

It continues a trend of providers confirming that they will be charging around 40% for customers who drop into an overdraft.

Which leads to the obvious question ‒ is such a massive rate really what the FCA was expecting to see from so many banks when it started this big transparency drive?

The answer to that would appear to be no after the regulator announced this morning it wanted an explanation from the banks about how they all magically came up with a remarkably similar rate to charge customers.

The FCA has been fined by The Pension Regulator

From April, new rules mean that banks and building societies will no longer be able to charge daily fees for overdrafts.

Similarly, they will no longer be able to charge people that use an unarranged overdraft more than those who use an arranged one.

And ahead of these new rules coming into force, the nation’s big providers have all been coming forward with how their overdrafts will look, with them all essentially charging around the same, massive rate.

The FCA has clearly noticed the growing concerns that many people have been voicing about the new overdraft setup.

Last week it launched a defence of incoming regime, arguing that around seven out of 10 people that use an overdraft will be better off or see no change in the cost of dropping into the red (a figure it reiterated in today's announcement about wanting more information from the banks).

It pointed to the fact that the cost of borrowing £100 through an unarranged overdraft is expected to fall from the current typical fee of £5 a day to less than 10p per day (you'll also see that figure in today's announcement).

Christopher Woolard, the new interim chief executive of the FCA, has said that the new rules “expose the true cost of an overdraft”, with high prices for unarranged overdrafts “eliminated”.

He may be right, but that doesn’t mean that this situation is anything like ideal.

Obviously, transparency is welcome. It’s clear that the previous rules allowed account providers to be less than clear about precisely what using their overdrafts, whether arranged or otherwise, would really cost people.

So, of course, it’s good that people now have a far better idea about what using that overdraft means for their bank balance.

But let’s be honest, it’s a bit disingenuous to say that high prices have been eliminated.

Yes, people using unarranged overdrafts will no longer be smashed with huge fees, milked for significant sums by account providers.

The new rates that we’ve seen announced from a host of providers will undoubtedly mean much smaller fees for people dropping into the red without permission.

But those fees haven’t really been eliminated have they? They’ve just been shifted onto the shoulders of those people who use an arranged overdraft.

Rather than the people using unarranged overdrafts being excessively milked, we now have EVERYONE who drops into the red paying a vast fee.

After all, while seven out of 10 overdraft users aren’t being paid more, that’s still three out of 10 that are having to dig even deeper, through no fault of their own, in the name of fairness and transparency.

And while three out of 10 doesn’t sound like that many, when you consider that 26 million people across the nation use overdrafts, we are talking about eight million account holders who will have to pay more for using their overdrafts after April in exactly the same way that they use them today.

As Sarah Coles, personal finance analyst at Hargreaves Lansdown and member of the loveMONEY Expert Panel, put it: “Borrowers with large, arranged overdrafts, are already paying through the nose for their borrowing, but the new rules could see their rates double. It’s going to be very difficult to persuade them that the FCA’s overdraft reforms are good news for borrowers.”

It seems utterly absurd to me that the way to stop banks and building societies from being overly harsh on people using an overdraft that they haven’t already put in place with their account provider is apparently to instead increase the charges on people who make use of a facility that they have arranged.

What does this mean for switching?

There will likely be some accounts that offer interest-free overdraft buffers up to a certain point.

But in the current market, those accounts tend to rely on you paying in a significant amount each month, putting them out of the reach of plenty of low earners who currently use their overdrafts sensibly and face much higher charges.

That doesn’t strike me as a huge improvement on the current setup.

The FCA can encourage people to shop around to find a better deal, but most people already view switching bank accounts as more effort than it’s worth ‒ don’t be surprised if they don’t fall over themselves to do so when faced with slim overdraft pickings.

Could a price cap be on the cards?

While I can't claim to know the thinking of the financial regulator's board, the fact it has come out with a second, more aggressive, defence of its overdraft changes in the space of a week suggests things aren't quite working out as they've planned, with competition on rates seemingly evaporating overnight while costs soar for the vast majority of borrowers.

It will be fascinating to see how the banks respond to the FCA's request for more information on how new overdraft rates were set.

FCA has written to banks to get them to explain why they are all setting their new overdraft rates around 40%.

Looking forward to the fancy ways of saying "he did it first, sir" they come out with.

If it doesn't result in the banks suddenly deciding a few cheaper rates might be a good idea, it's worth remembering that the regulator did threaten a price cap last year if it didn't see increased competition or if overdraft costs were to rise too sharply.

It alluded to that again in today's statement: "We will be keeping a close eye on the market and we will act should we see continued harm."

Clearly, the banks have not responded as they'd expected so far.

What do you think? Has the overdraft overhaul benefitted customers or the banks? Have the FCA handled the situation well? Share your thoughts in the comments section below.