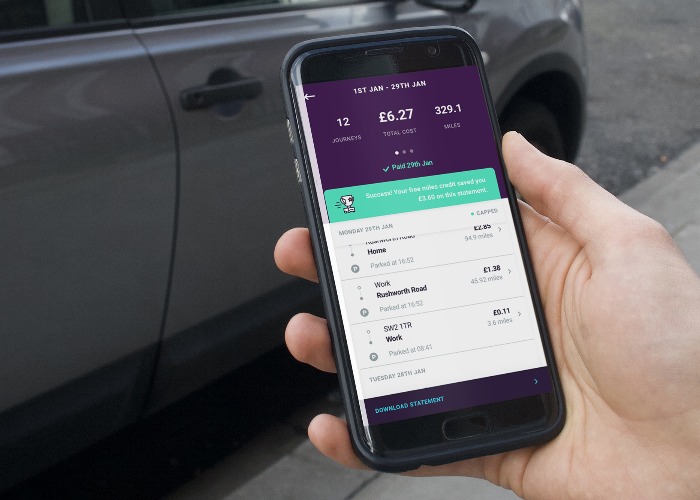 If you only drive occasionally, should you consider pay-as-you-drive insurance?

Car insurance is one of the biggest costs when it comes to keeping your car on the road.

And given most insurers cash in on loyal customers, you’re generally forced to haggle, switch regularly or simply accept a higher premium for the next year.

Pricy policies are especially painful if you don't drive your car that often (or that far).

If you're an occasional driver, it could be worth considering a pay-as-you-drive policy.

Here, we look at how one such insurer works, how much it costs and any additional features.

What cover does By Miles offer?

By Miles charges an annual cost to cover your car (and its contents) while it’s parked against theft, vandalism and accidental damage and allows you to pay for the miles you drive every month.

You can get a fully comprehensive policy that’s underwritten by a panel of insurers, including AXA.

Any damage to the windscreen, injury to passengers and medical costs following an accident, as well as damage to any property in the car is also covered.

On top of this, your no claims discount (the number of years you haven’t made a claim on your car insurance) is protected, even if you claim.

The insurer first came to our attention a year ago when it claimed that drivers were actually being forced to pay more for driving less.

While you might think a company targeting occasional drivers would say exactly that, we looked a little deeper into its claims and there does seem to be something to it.

If you don't have the time to read it, those who drive less than 5,000 miles a year tend to be given a rough ride by insurers.

The ideal mileage is somewhere between 5,000 and 10,000, although as with everything relating to car insurance, there are no hard and fast rules and a lot depends on your circumstances.

How does pay-by-mile insurance work?

When you sign up for By Miles, they’ll ask for an estimate of your annual mileage, so they can offer an estimated price for the year, which you can compare to other insurers.

If you decide to use the insurance provider, you will need to plug in a Miles Tracker into the car’s On-Board Diagnostics (OBD-II) socket to measure the number of miles you drive.

Usually, this socket is found within two feet of the car’s steering wheel, under the dashboard. In some cases, the OBD-II socket may be tucked away behind a panel.

It can take up to 20 minutes for the tracker to activate when you first get started, but once it shows up in the app or dashboard screen, it’s all set up.

With the app or online dashboard, you can see the cost of your journeys straight away and get reminders to renew your car tax or book a MOT.

The app can also help you find your car if you forget where you’re parked or help you understand a car-related problem via the Car Medic tool.

Of course, if you don’t want to use the app or online tools, you’ll still get a monthly statement emailed to you.

An annual estimate is determined by your fixed annual costs and per-mile rate, multiplied by the number of miles you think you would drive in a year.

While your annual cost is fixed (from £170), your monthly costs obviously depend on how much you drive, with the per-mile rate starting from 3p per mile.

The amount you pay could be higher though.

“We use most of the same traditional factors as other car insurers to work out your individual quote,” a spokesperson told me.

“For example, things like the value and power of your car, your driving history and where you normally park it overnight can all have an effect on the price.

“Based on their driving from the last three months, we're seeing our members making an average saving of 23% compared with the renewal quote they were given by their previous insurer.”

As a practical example of how the costs work out, we caught up with someone who'd taken up a policy with By Miles.

Rory James*, a 34-year-old games designer, looked into the insurer after his renewal quote from Admiral came in £800, which was actually £200 higher than his existing cover.

Rather than pay the renewal, he looks set to save more than £100 by switching to By Miles.

As someone who doesn't have to drive regularly, he could end up saving more than that if his mileage comes in lower.

“It definitely makes me think about how much I drive, which I like,” he said.

Cheapest cars to own – including fuel, insurance, tax and servicing

What are the potential downsides?

There are some factors to consider as pay-by-mile insurance may not be for everyone.

While Rory is happy to pay for insurance monthly, he concedes it can be worrying if you prefer to know your final bill upfront rather than face variable monthly costs.

Rory also warns you can be charged for removing the tracker, which he did when the car was undergoing regular maintenance, but he has avoided getting charged by notifying By Miles beforehand.

If you unplug the tracker, you’ll be charged the maximum daily rate of 150 miles at your per-mile rate until it’s plugged back in – plus your policy could be cancelled.

So, if Rory did unplug without notifying the company, he would get charged £48.

Whenever you’re considering any insurance, it’s best to get the right policy for your needs.

If you don’t use your car much and are happy with variable costs, pay-by-mile insurance may be for you.

But if you aren’t comfortable with using a tracker or with monthly payments, as well as the possibility of being charged to remove a tracker, you may want to consider other options.

*Name has been amended