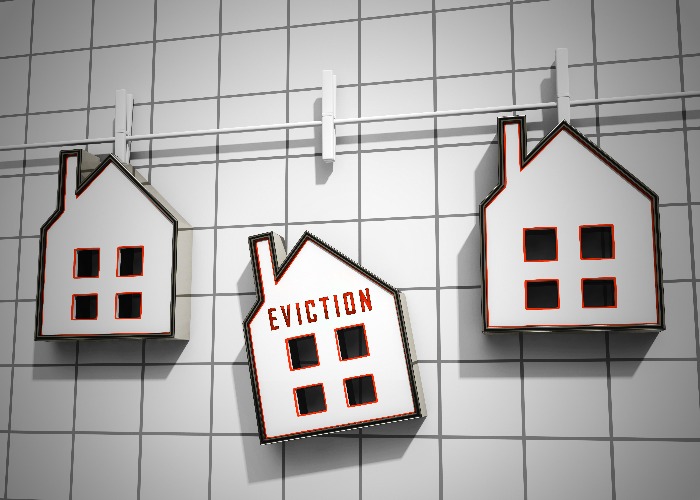 Abolishing Section 21 will cause nothing but hassle and extra costs, argues landlord & loveMONEY writer Joanne Christie.

We've seen no end of Government meddling in landlord finances in recent years, but there's one change that could prove particularly devastating.

The potential scrapping of so-called "no-fault" evictions has been the source of much discussion for some time now, but it seems we're no clearer to knowing whether or not it'll actually go ahead.

Is Section 21 being scrapped?

Not long after the Queen’s Speech was delivered last month, questions were being asked about the absence of some of Theresa May’s promised reforms of the housing market.

Campaign groups were quick to express concerns about the fact it was unclear if the pledge to scrap “no-fault” evictions would be honoured.

It may be the case that the policy didn’t get a mention because the consultation into the abolition of Section 21 evictions, to use their proper name, only ended a couple of weeks ago.

However, it could also be the case that the Government has actually been listening to what landlords and landlord representative bodies have been saying for a change.

I hope it’s the latter because, having been hit with a raft of negative tax changes over the past couple of years, for many landlords the inability to regain possession of their property could be the last straw.

Indeed, on some online forums, landlords have said the implications of not being able to use Section 21 are far worse than all the tax changes.

What are your rights as a tenant if a landlord wants to evict you?

The reality is that most landlords only use 'no fault' evictions when there is a problem with a tenant.

Under Section 21, landlords can give tenants two months’ notice at the end of a fixed-term contract, or where a contract has rolled into a periodic tenancy, with no reason needed.

But just because a reason isn’t needed doesn’t mean there isn’t one.

According to a survey by Landlord Action, the reason 56% of landlords used Section 21 was rent arrears.

In its response to the Government consultation earlier this year, the Residential Landlords Association (RLA) said: “In almost all circumstances [landlords] only seek possession on the basis of poor tenant behaviour such as anti-social behaviour or failure to pay rent.”

I served once served one on a tenant at the end of a tenancy. Was it for no reason? Did I just wake up one day and think, ‘hey, I feel like evicting someone today?’ Of course not.

It was because my agent discovered three other people living in the property during an inspection, the rent wasn’t paid on time or in full on a number of occasions and the tenant damaged the house.

How to become a buy-to-let landlord

The Government proposes that, where there’s a valid reason for a tenant to be evicted, landlords should be using Section 8, the fault-based process.

The problem is that it isn’t fit for purpose and is open to abuse.

For a start, a tenant has to be two months behind in their rent for a landlord to serve a Section 8 notice for arrears. Many landlords have mortgages and lenders want their mortgage payments every month, not two months after they are due.

Some tenants routinely stay just under two months late so they can’t be evicted under this procedure.

Second, a tenant has to be two months behind at the date the notice is issued and also the date of any court hearing, so simply by paying a portion of the arrears in advance of a hearing they can avoid eviction.

In effect, a landlord can be stuck with a tenant who routinely pays late. With Section 21 available, however, at least they are only stuck with them until the end of the contract.

Hence, as the RLA says: “The existing section 21 process masks the fact that most landlords seek possession on the basis of rent arrears.”

Some of the other grounds for using Section 8 are extremely difficult to prove. Are neighbours really likely to act as witnesses for a landlord who is claiming anti-social behaviour if they are currently living next door to the culprit?

That’s not to mention the fact that Section 8 costs more, takes longer and is far more likely to require a court hearing that Section 21.

The Government consultation has proposed making changes to Section 8 but many are unconvinced, particularly when courts seem unable to cope with current volumes – how will they cope once everyone is forced to use this method instead of Section 21?

Our guide to spotting a rogue landlord

When the news was first announced in April, a number of landlord groups predicted landlords would leave the sector in droves, exacerbating the housing crisis.

Many see these threats as empty, or feel that either other landlords will step into their shoes or that properties sold will go to first-time buyers, with either outcome welcome.

The problem is that even if that’s true, many people will still need to rent and the landlords who remain will certainly become much more discerning.

Indeed, a National Landlords Association survey of its members in May found that 43% planned to be more selective about tenants if Section 21 was abolished.

It’s already very difficult for those on benefits to find landlords willing to take them. It’s only going to get harder if landlords aren’t confident they can easily regain their property if a tenant fails to pay.

An analysis by Capital Economics concluded that the number of homes available for housing benefit or universal credit recipients could fall by 59% if Section 21 is abolished.

While tenant campaign groups often claim the use of Section 21 unfairly leads to vulnerable people being evicted with insufficient notice, the withdrawal of it could see them unable to find housing to begin with.

The reality is that no business-minded landlord serves notice on tenants for no reason. It’s expensive to find new tenants: there are agent fees to pay and inevitably also a void period between tenants.

The Government’s own consultation document repeatedly notes that the vast majority of tenancies are ended because tenants choose to leave, and also that in most cases where landlords end tenancies it is due to rent arrears or properties not being cared for.

I appreciate landlords aren't always the most popular figures, but isn't it right that they be allowed to easily evict tenants who don’t pay rent or damage the property?

Since that’s what all the evidence suggests they are actually using Section 21 notices for, surely there’s no need to abolish them.

What do you think? Would abolishing Section 21 give tenants vital extra protection or unfairly punish landlords? Let us know what you think in the comments section below.