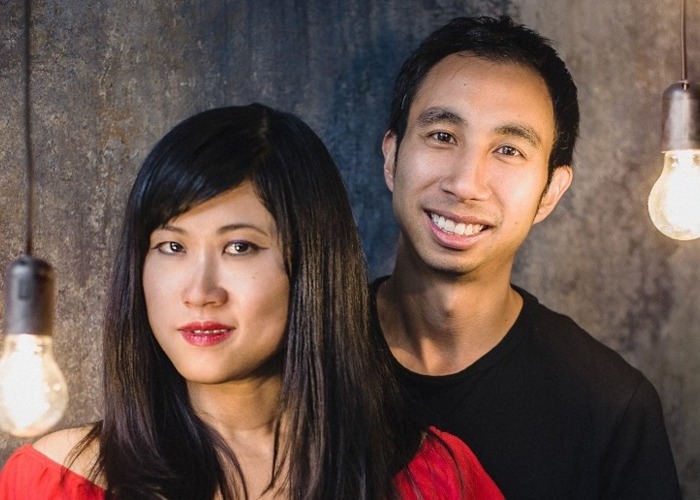 The two high-flying professionals invested all their money rather than ‘obsessing’ about buying a home, and now they’re retired and living off the income.

Kristy Shen and Bryce Leung retired in their early 30s by ditching homeownership and investing shrewdly in the stock market.

For many married professionals, their 30s is when their career really starts ramping up... putting in 50-hour work weeks, juggling bills and struggling to pay off mortgages.

For Kristy Shen and Bryce Leung from Ontario, Canada, the scenario couldn’t be more different.

Having met as university lab partners, which Kristy describes as “pretty nerdy”, these former computer engineers are already retired millionaires.

One of the most remarkable aspects of their experience is the speed at which they achieved their goals.

The couple are part of the growing FIRE movement – or Financial Independence, Retire Early – which focuses on racking up wealth as soon as possible so you can spend most of your life doing the things you want to.

And while they admittedly started in particularly well-paid positions, the pair insist their message is universal, regardless of geography or income.

“There isn’t anything we have done other people couldn’t do themselves,” says Kristy.

“You need to lead by example and live the best life you can. If you do that, other people will know why you’re so happy.”

While not everyone is on board with the FIRE premise, Bryce and Kristy’s success is undoubtedly envy-inducing.

Read: how to build up an emergency savings fund, and how much you’ll need

A key part of their financial strategy was to remove themselves from what they see as a pointless focus on homeownership.

The pair say they tired of witnessing colleagues trapped in jobs they loathed simply to get on the property ladder and decided to opt out.

“When I told my parents, they didn’t understand shares in the stock market,” she says.

“Houses are physical things you can touch.”

But, for Bryce and Kristy, homeownership simply doesn’t add up.

“But these same people don’t have a problem with getting into a half a million dollars’ worth of debt to buy a home.”

And of course, that debt racks up interest, meaning the total amount you end up repaying is far higher.

Despite their now millionaire status, this is a strategy the couple intend to stick to as they have no plans to enter the housing market, preferring to remain as renters.

Focus on accumulation from the start

It was in 2008 that Bryce suggested putting their savings into the stock market.

Initially, Kristy had her doubts. “I told him: ‘There is no way your maths is correct. You’re insane,’” she says.

“Having gone through poverty as a child, I was terrified of investing and putting everything into the stock market.”

Yet she eventually came around to his way of thinking.

For Kristy, the concept of index-linking, in which investors attempt to match a stock market rather than beat it, provided “peace of mind”.

As she says: “You’re not buying one stock, but the entire stock market”.

The couple argue that, when investors buy the entire index, it’s impossible for their portfolio to reach zero.

“Even if a particular company hits hard times in the short term, your overall investments will be more secure for the future.”

Another of their key strategies is to include a worldwide spread in their portfolio in order to reduce risk.

From the beginning of their investment careers, the couple have also opted for a fairly conservative approach to their portfolio – choosing to hold around 40% of their assets in bonds, which are less risky than the stock market.

Despite their eventual success, the initial phase of their investment strategy was arguably the rockiest.

“With the stock market, you can soon convince yourself you’re a genius when you’re making money,” says Kristy.

But the couple soon learned this isn’t always the case.

Just months after investing almost all their funds, the stock market plunged into chaos during the crash of 2008.

“We seemed to be haemorrhaging money as the losses to our portfolio seemed unstoppable," says Kristy.

While others fled the markets as quickly, Kristy and Bryce took the daunting decision to buy greater units and reasoned the markets would never fail entirely.

As the markets began to recover, the portfolio did indeed recover and the couple decided to exit the stock markets in 2009.

Looking back, they describe this move as the biggest mistake of their investment careers believing their pot could be even larger.

Yet as, Kristy says, “there are worse regrets to have”.

How to start investing in stocks, shares, funds and property

The couple are often asked how they accumulated such a large pot.

As two well-paid university graduates, their combined income is well above what most people can expect to earn, which initially led to them wasting a lot of money on entertainment.

“We kept track of where every penny went,” says Kristy.

And, although enjoying financial success, they still weren’t enjoying their jobs.

It was at this stage that the pair began to formulate a plan to retire in their 30s and their approach to saving became stricter.

They adopted a categorical approach to their outgoings – breaking spending down into buckets such as ‘clothing’, ‘gym membership’, ‘gifts and donations’ and ‘household gadgets’.

Despite a love of beer, the couple imposed a strict ban on clubs in favour of buying alcohol at home and opted for public transport or walking rather than owning a car.

In fact, one of the couple's greatest regrets from their investment career is that they didn't budget more keenly earlier on.

“Going through our receipts from the past was sometimes pretty damn embarrassing,” says Kristy.

Again, this is well beyond what an average couple can earn, but they insist their method will work for anyone, albeit over a longer timescale.

The final part of their approach involves what they describe as "surgeon-like" precision planning for the future.

They say they’ve accounted for every scenario they could imagine.

For example, childcare costs should they decide to start a family, the impact of inflation or those "black swan events" none of us see coming are all manageable from their current position.

The dos and don'ts of working as a freelancer, from finding work to paying tax

How much you need depends on where you are

An approach they have dubbed “geographic arbitrage” is a key part of their personal finance plans, which means adjusting their standard of living to reflect the costs within a particular region.

The pair, who are able to make roughly $25,000 (£16,000) per year from their portfolio’s dividends and interest, list their visit to Thailand as a prime example of "geographic arbitrage".

“You could spend every day sitting on a beach and actually make money.”

Could it work for you?

Yet they believe the FIRE principles can apply regardless of salary if you save diligently and invest shrewdly.

The same is true of the question of geography.

While Bryce and Kristy  worked in Canada, they believe the principles behind Millennial Revolution are relevant anywhere in the world.

“British people can retire anywhere in the EU that has a more favourable tax regime especially if you factor in capital gains tax,” says Bryce.

“Where you work doesn’t need to be where you retire,” adds Kristy.

For example, the couple suggest working in the UK, but retiring in Belgium or Portugal.

Despite the title of Millennial Revolution, Bryce and Kristy insist their approach to personal finance isn’t limited to those under the age of 35.

“You can be in your 50s and decide you want to change your approach to work and life,” says Bryce.

“You could be more established in your career, which makes it easier to take on other work or act as a consultant.”

“When you’re young, you’re more concerned with the accumulation base from your investments.”

“When you’re retired, your investment focus switches to investing for income and you naturally become more conservative, which means you look more at investments that pay healthy dividends regardless of what is happening on the stock market.

“As soon as you understand how all these things fit together, it becomes like a superpower”.

To learn more, visit Kristy and Bryce’s website Millennial Revolution or read more about their book Quit Like a Millionaire.