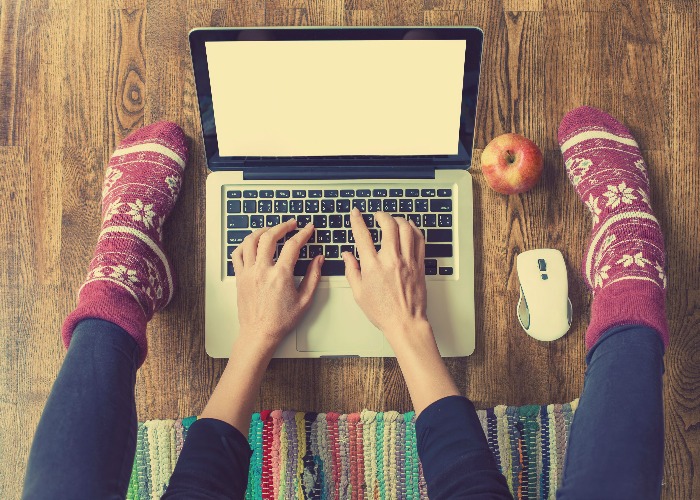 Working for yourself isn’t easy, but taking the right approach to finding work, dealing with disappointment and chasing payments can ease the pressure

There truly is a ‘national day’ for everything these days. In June alone, we have Seafarers Awareness Week, Armed Forces Day and even Wallace & Gromit’s Wrong Trousers Day. Yes, really.

Rather more pertinent to me is National Freelancers Day, which falls this week, and sees a host of events being held across the country to help people tempted to strike out on their own and work freelance.

I know I’ve picked up an awful lot of lessons along the way since going freelance back in the tail end of 2016.

Want to start your own online shop? We've put together a guide to getting started.

When I first went freelance, I quickly snapped up a client for regular weekly work. It all went brilliantly for the best part of a year until they then recruited a full-time member of staff who would take on what I used to do.

So they gave me notice and ended our agreement, as they were perfectly entitled to do. This is part of life as a freelancer, but it’s not something that had happened to me before and I took it badly.

Even though they were perfectly nice about the whole thing, I felt like somehow it had happened because I’d underperformed in some way. I fell into a bit of a funk after that, like a dumped boyfriend - I can change, I’ll do better, just take me back!

This is a daft and hugely counterproductive way to look at things. Projects and clients come and go, and it’s crucial that you not only accept that but relish it. After all, you now have a bit of free time to devote to a new client.

Do stay on the hustle

Which brings me to the next lesson.

There is no stability as a freelancer, and while that can be hugely liberating it can be a bit overwhelming too, if you look at your work schedule and see a huge number of empty spaces ahead of you.

You quickly have to learn that you’re always on the hustle for more work. Friends, former colleagues, industry contacts - they are all now a potential source of employment.

Promoting yourself and the work you’ve done is a crucial element of this - I’ve finally worked out what LinkedIn is actually for.

Read more: how to use the internet to find freelance work

Don’t be shy about chasing up payment

I was a little naive when I first set up on my own, taking it for granted that people would pay what they owed on time.

While the majority have, there have been quite a few clients who have dragged their feet and left me waiting for months.

Part of this has been my own fault. I’ve been a little reticent at times about chasing up this missing money, making excuses on their behalf.

This is crazy - if you do work for someone, you deserve to be paid for it and on time. So don’t be afraid about seeming a little pushy in wanting the money you’re owed.

Do know what you’re worth

When I first started out, I basically said yes to whatever work came my way, irrespective of what the pay was. Work is better than no work, right?

It’s a really short-sighted approach though, and at times meant that I simply didn’t have the capacity to take on other, better-paying work that came along soon after.

So take the time to work out just what you’re worth, whether you charge by the hour, day or the word written. And then stick to that rate, or as close to it as you can get. There’s little value in selling yourself at a discount.

Do embrace the chance to do something different

I’m a journalist by trade, so expected that my work would all be strictly journalism. But that hasn’t been the case - there have been all sorts of other writing work, from white papers to LinkedIn posts (yes, someone paid me to write a social media post for them).

This is an important lesson - there may be plenty of related industries where you can make use of your core skills. Don’t limit yourself to simply offering one service - you may be missing out on a lucrative sideline.

Also, don't limit yourself to working in one place: the beauty of many freelance careers - and many full-time ones - is the ability to work remotely (read more this here).

Don’t leave your accounting to the last minute

As soon as I set up on my own, I opened a separate savings account in which to save money towards my tax bill.

Every time I get paid by a client, I stick anything from a third to 40% of the money in that account. That way I know that I’ll have enough to keep the taxman happy at the end of the year and have a bit left over as a sort of DIY rebate.

Read more about tax returns here and click here if you don't know your tax code.

While I’m really good at moving that money over as soon as it comes in, I’m not so good at updating my accounting records. That means putting aside time at the end of the month going back through the bank accounts to check exactly what came in, and what needs to be chased.

It’s a complete waste really of time that could be far better spent.

Have you worked as a freelancer? What have been the biggest mistakes you've made and lessons you've learned? Share your experiences with your fellow readers below.