In recent years, we’ve seen an array of sci-fi-like vanity projects from those with cash to burn.

They seem to have a few things in common. Number one: they’re hyper-expensive, requiring millions and often billions of dollars. Number two: they’re ultra-ambitious, offering visions for the future or acting as a form of escapism. Number three: they’re an emblem of confidence, displaying billionaires’ unwavering belief that anything they turn their hands to will be successful.

Here are five bold, brash and just plain bonkers ideas that’ll make you wonder if these billionaires have more money than sense.

What would you do if were the richest person in the world? Build a 500-feet-tall clock that’ll keep ticking for 10 millennia, of course!

The installation, which is called the “Clock of the Long Now”, has commanded a massive $42 million (£32.6m) of Jeff Bezos’ personal fortune. Admittedly, that’s pocket change to the Amazon founder and CEO, whose real-time net worth is currently $117.9 billion (£91.6bn) according to Forbes.

Construction of the giant clock, taking place in a hollowed-out mountain on Bezos’ land in West Texas, began in February 2018, although the completion date is unknown. The clock will be equipped with bells which will chime in a different sequence every day – no melody will be repeated over its 10,000-year lifespan. 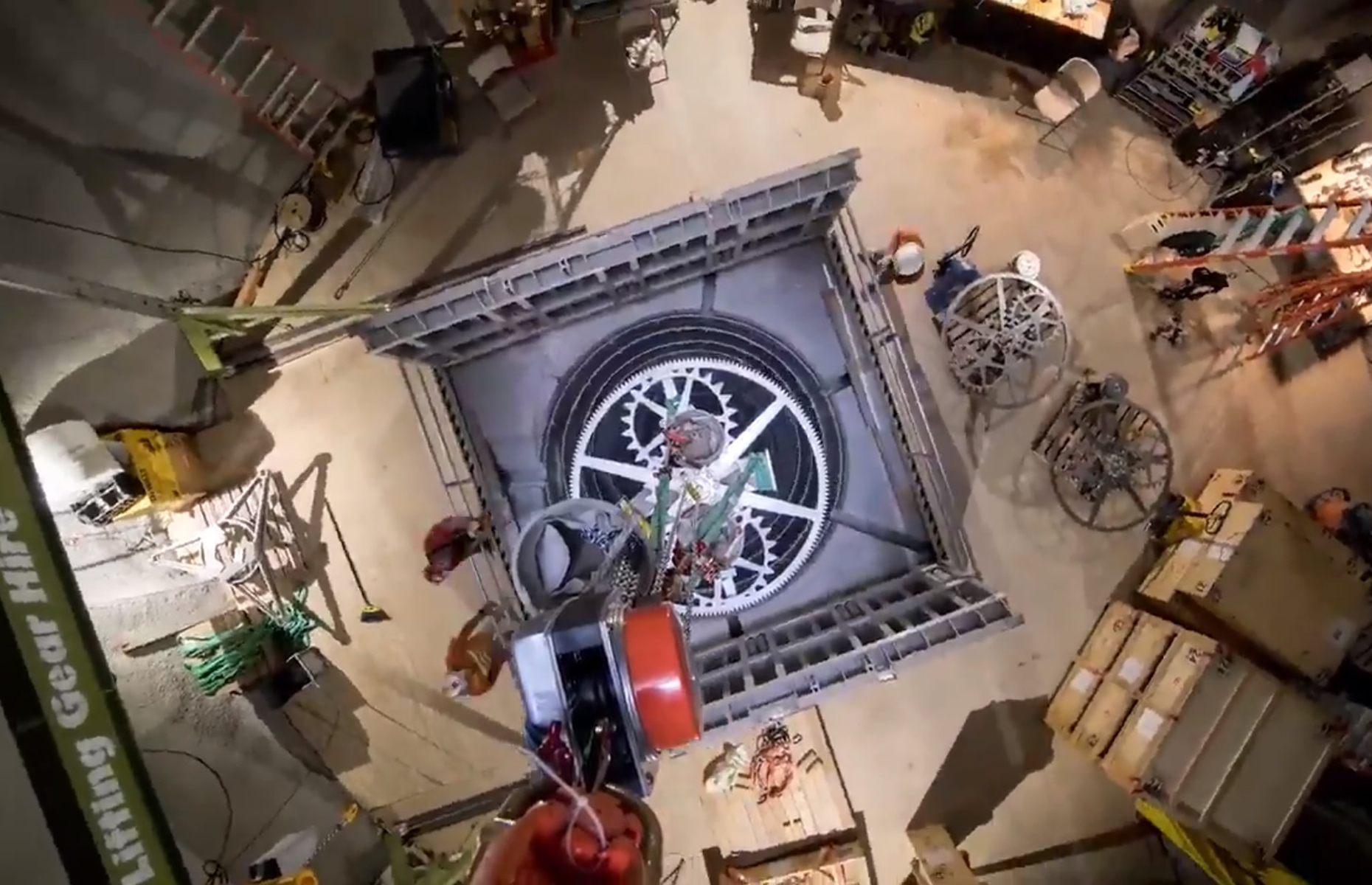 In a blog post penned by the tech tycoon, he claimed it’ll be an “icon for long-term thinking”. Stewart Brand, a founding board member of the Long Now Foundation, said it’ll rail against the “acceleration of technology” and “short-horizon perspective” that are characteristic of our societies today.

Rather than creating something that’ll last for millennia, Australian mining mogul Clive Palmer is set on reproducing a notoriously short-lived cruise liner.

The eccentric billionaire, who’s also known for his involvement in Australian politics as part of the United Australia Party, announced his plan to build Titanic II in 2012.

The ship would be a detailed replica of the original, with the same layout, interiors and hull shape, as well as modern technology and improved safety features – and of course, a few extra lifeboats so history doesn't repeat itself.

The original launch date was 2016, but three years after the project had been announced a funding dispute between Palmer’s company Mineralogy and Chinese company Citic meant construction ground to a halt. In 2018, things looked up when Palmer won the court case and Citic was made to pay $150 million (£116.6m) in royalties to Mineralogy. 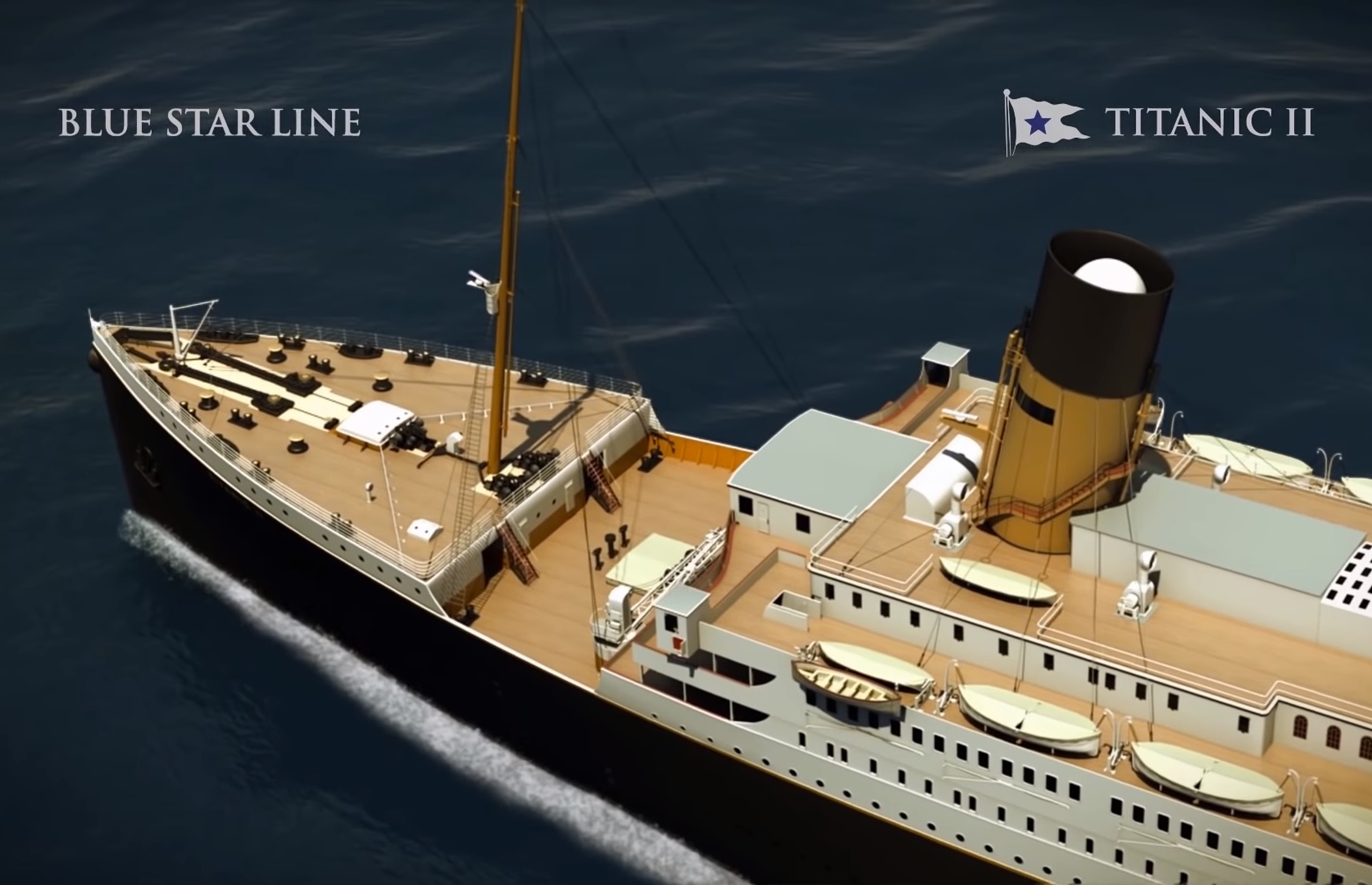 Despite this, no-one will be breaking a bottle of Champagne onto the ship any time soon. There are conflicting media reports about how much progress has been made and where the vessel is being built, which the cruise line – named “Blue Star Line” in homage to the original “White Star line” – hasn’t clarified.

Read more: Clive Palmer, the Australian billionaire who wants to rebuild the Titanic

But that wasn't enough for the tech mogul – he was so keen to get away that he planned to create a politically independent floating "city" in French Polynesia. The project, which was announced in 2008, was to be funded with $1.7 million (£1.3m) of his own money.

The new independent “nation” would be built by the Seasteading Institute, a non-profit thinktank founded by Thiel and Patri Freidman, the grandson of economist Milton Friedman. It was estimated that it’d cost at least $225 million (£174.8m) to build.

Providing the capacity for 250 residents, the community would be comprised of detachable, interlocking platforms which float on water and would be powered by solar power and seawater. 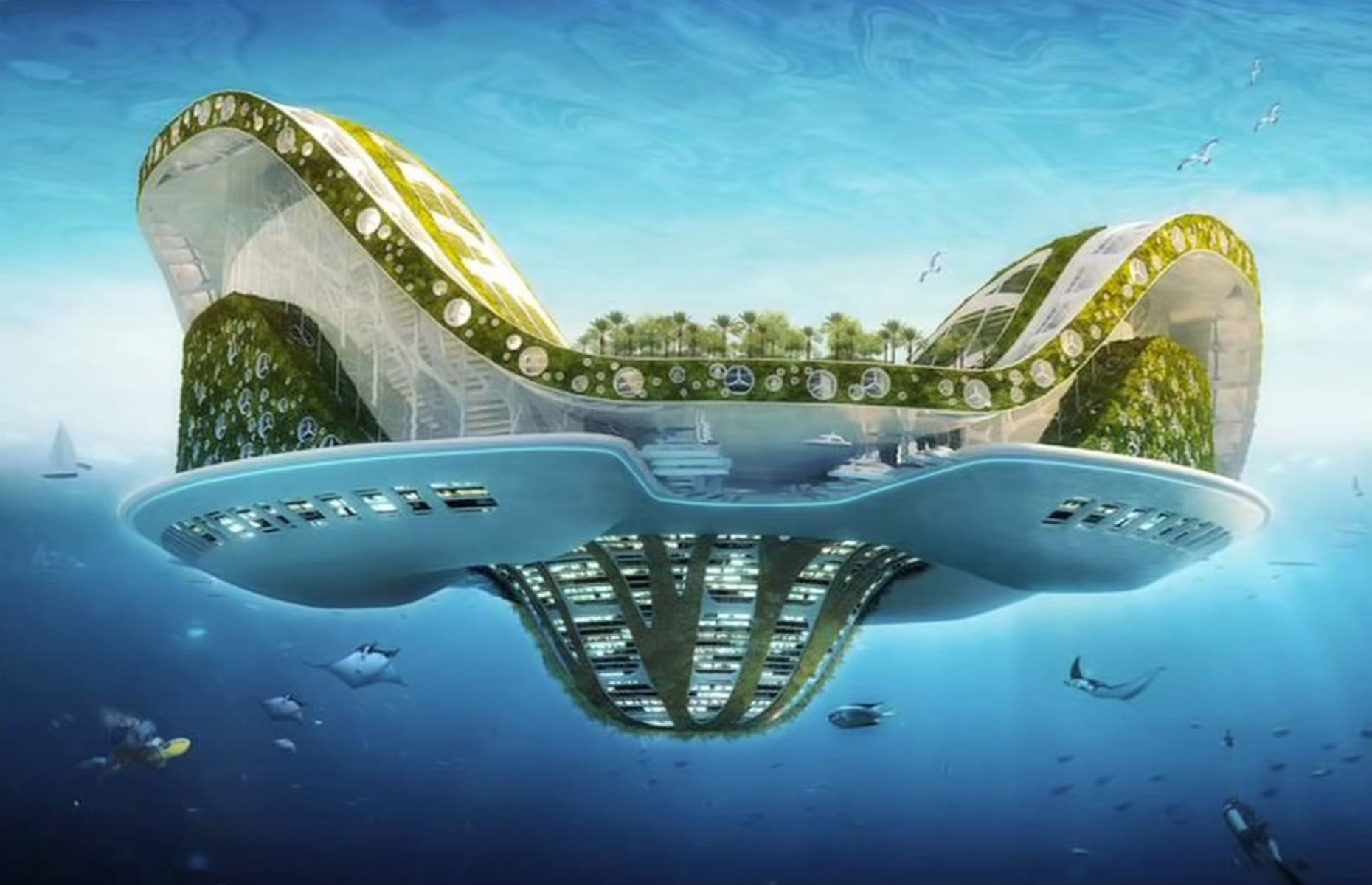 Yet it's cause a stir among locals from Tahiti. Many protested against the proposed project, which they called "tech colonialsm", while local radio presenter Alexandre Taliercio said it’d be a way for wealthy people to avoid paying taxes.

For now, progress seems to have stalled. In 2017 the French Polynesian government reported that its agreement with the Seasteading Institute had expired, although the organisation has not publicly stated an end to the plans yet.

Ever wanted to live in a virtual kingdom in space? Apparently, more than one million people who’ve signed up to be citizens of Asgardia, a nation which currently only exists as a small 6lb (2.7kg) satellite in space, do.

The project has been spearheaded by Igor Ashurbeyli, a Russian billionaire who made his fortune through software company Socium. 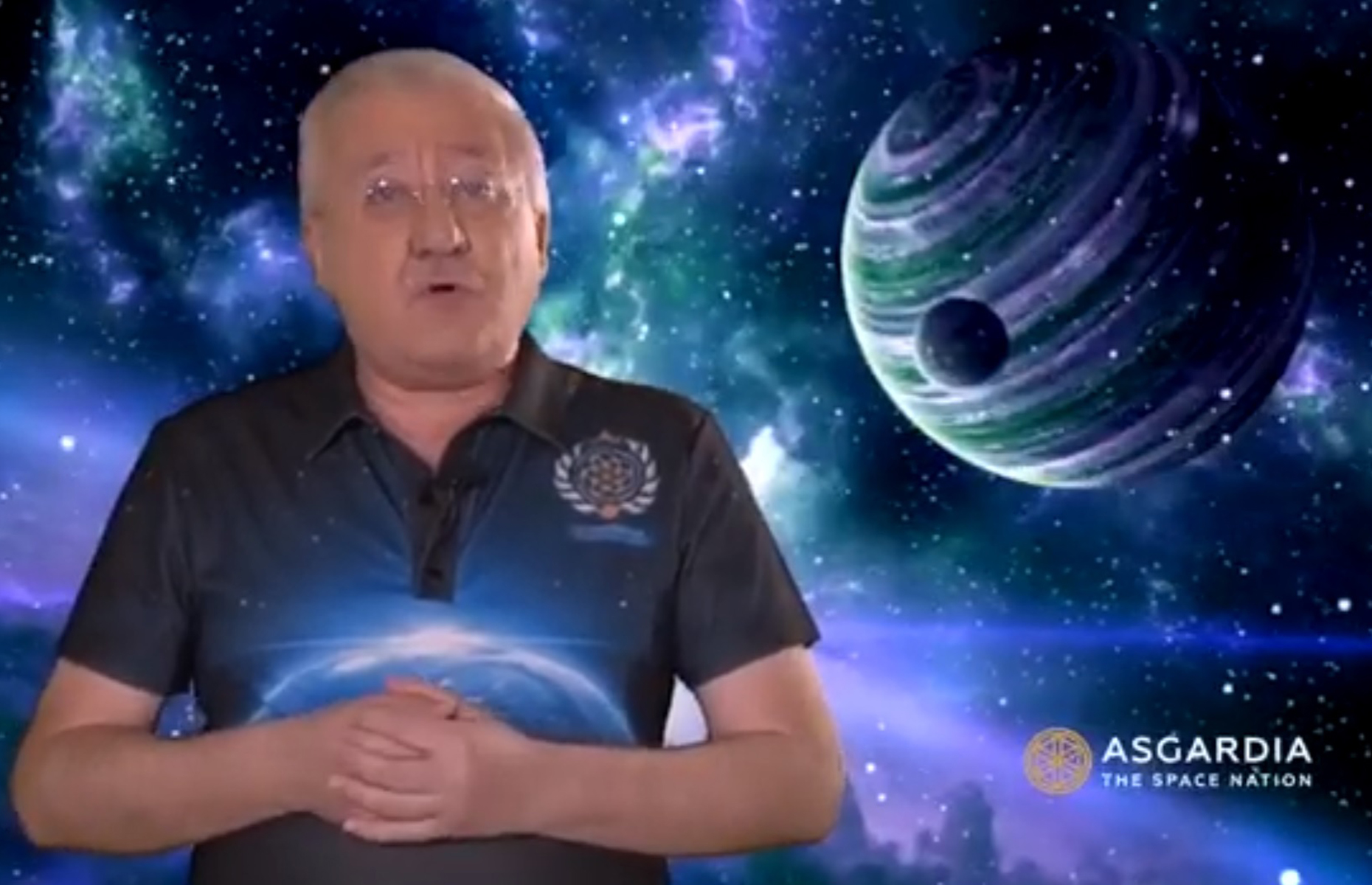 He founded Asgardia in 2017 “to ensure the peaceful use of space, to protect earth from space hazards, and to create demilitarized and free scientific base of knowledge in space”, accoding to Asgardia's website.

It gets weirder. In a bizarre ceremony in June 2018, the eccentric billionaire got sworn in as “Head of Nation”, with all guests receiving a commemorative coin with his face on it. If you wish to join this virtual nation, the application process couldn't be simpler – just fill out a quick form online and state that you agree with the constitution.

Yet this virtual nation has some questionable policies. Its “government” will regulate information and Ashurbeyli can nominate his successor on any basis whatsoever, and he’s even toyed with the idea of introducing mandatory IQ tests to become a citizen.

It’s far from becoming a reality, but Asgardia is looking to set up a ministry of foreign affairs and even a national bank, which Ashurbeyli believes will be completed within just 25 years.

Clive Palmer seems obsessed with bringing things back from the dead – including dinosaurs.

In 2011, the billionaire bought the Hyatt Regency resort at Coolum, Australia with the intention of turning it into a dinosaur-themed family resort.

Two years and many millions of dollars of investment later (Palmer claims he "doesn't know" exactly how much he spent on it), his dream came true and Palmersaurus, complete with 160 life-sized, lifelike dinosaurs, opened its doors for the first time.

Despite experiencing some early interest, it was a total flop. On TripAdvisor, 33% of visitors gave it just one star, with one reviewer calling it “a waste of time and money” and another calling it a “ghost town”.

The failed vanity project is more than just an embarrassment for Palmer. Coolum’s local population had previously benefitted from the Hyatt Regency resort, which had employed 650 people and had attracted many tourists to the area. Before falling into ruin and closing in 2015, Palmersaurus reportedly employed just 90 people.

Read next: The billionaires using tech to live forever