The prospect of immortality has long enthralled the human race. And from tech execs to venture capitalists, many billionaires are harnessing the knowledge of leading scientists with the aim of extending the boundaries of our biological clocks, bodies, and even consciousness itself. Read on as we take a look at the world's super-rich putting serious thought – and cash – into the possibility of eternal life.

In 2013 Google co-founder Larry Page (pictured) teamed up with Bill Maris, who founded the company's investment subsidiary Google Ventures, to create the California Life Company (Calico) with an initial investment of $350 million (£279m). Its aim is to eradicate the 20th century’s most prominent age-related diseases such as heart disease, dementia, cancer, and strokes. According to the latest Forbes data, Page has a current net worth of $98.6 billion (£78.7bn).

Calico began by employing a coterie of leading-edge scientists and computer programmers and partnered with big pharma company AbbVie in a bid to explore ways of elongating a human’s lifespan. Details of its research were sketchy at first, but what has been revealed include its interest in naked mole rats, which outlive their normal rat cousins by an average of 30 years. Not only that, but they rarely develop cancer and their bones and hearts don't usully show signs of ageing. 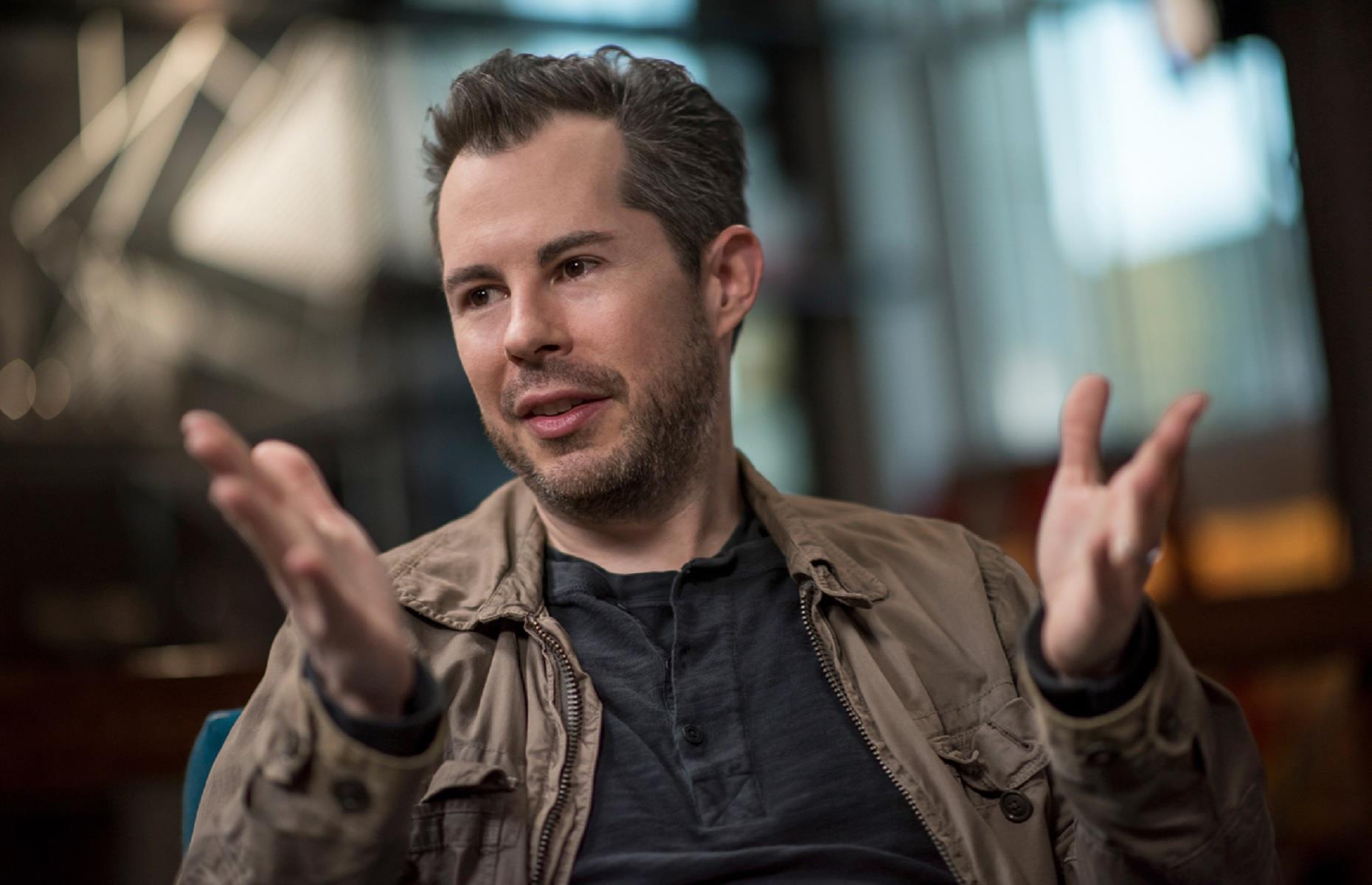 Based in the San Francisco Bay Area, Calico rapidly expanded and had more than 150 employees by 2018. The biotech firm renewed its collaboration with AbbVie for another three years, with the companies making a joint $1 billion (£797m) pledge to target so-called ‘cellular stresses’ and develop anti-ageing drugs.

But it hasn't all been plain sailing for Calico. After a string of its top executives left for other positions, some people began to criticise the company's approach – and in 2020, Maris himself (pictured) admitted he was "disappointed" with Calico's lack of results. Maris previously hit headlines when it was revealed that he'd chosen not to invest in Theranos, the biotech start-up launched by disgraced Silicon Valley billionaire Elizabeth Holmes.

Perhaps one of Silicon Valley’s most prominent philanthropists, Sergey Brin – co-founder of Google, president of Alphabet, and 10th richest person in the world – remains committed to developing life-enhancing tech. Having invested in Larry Page’s Calico, he has also donated upwards of $160 million (£127.6m) to research into Parkinson’s disease. This was spurred on by his own experience when his mother and great aunt began to suffer from the condition, which encouraged him to undergo genetic testing. The tests revealed that Brin has a 30-75% chance of developing Parkinson's, well above the average American's risk of 1%.

Along with his Google co-founder Page, Brin has even set up a joint Google-owned initiative called Verily, Alphabet Inc’s own research organisation and life-sciences division. Verily received $1 billion (£755m) in a 2019 funding round, according to Reuters, and raised an additional $700 million (£559m) from the same investors in 2020. Both Page and Brin sit on the company board and the two have steered Verily, formerly known as Google Life Sciences, through numerous acquisitions and partnerships. 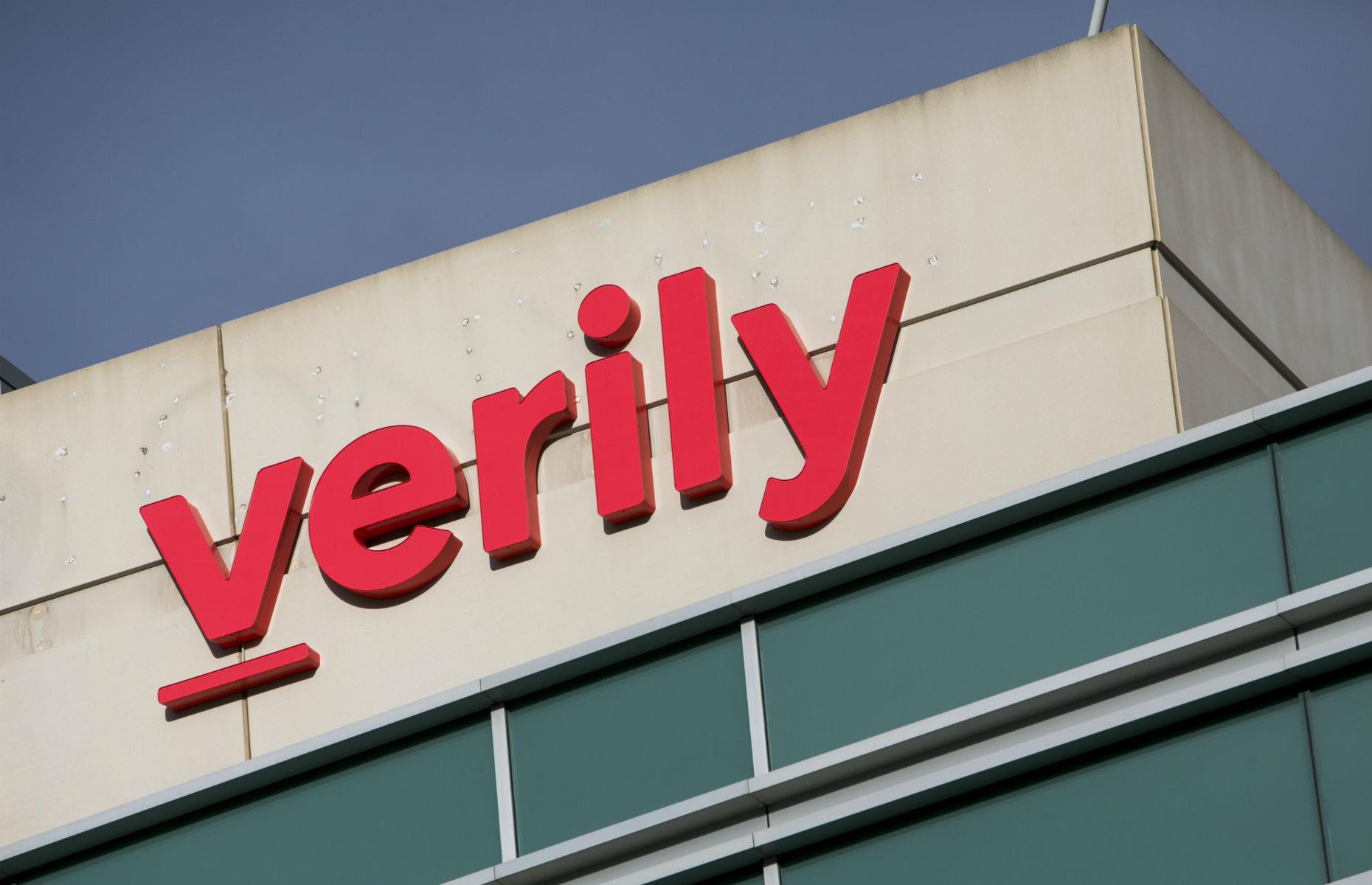 Notable projects that have been pursued by the company include a wearable wristband that gives detailed health information about your body, a tricorder-type device that performs a similar function, surgical robotics, and contact lenses that would allow diabetes sufferers to check their glucose levels in a non-invasive fashion. In 2019 Verily sold its stake in robotic surgery venture Verb Surgical to Johnson & Johnson. The companies had launched the venture in partnership four years previously to kickstart 'Surgery 4.0', the use of technology to improve accuracy within the surgical sector. 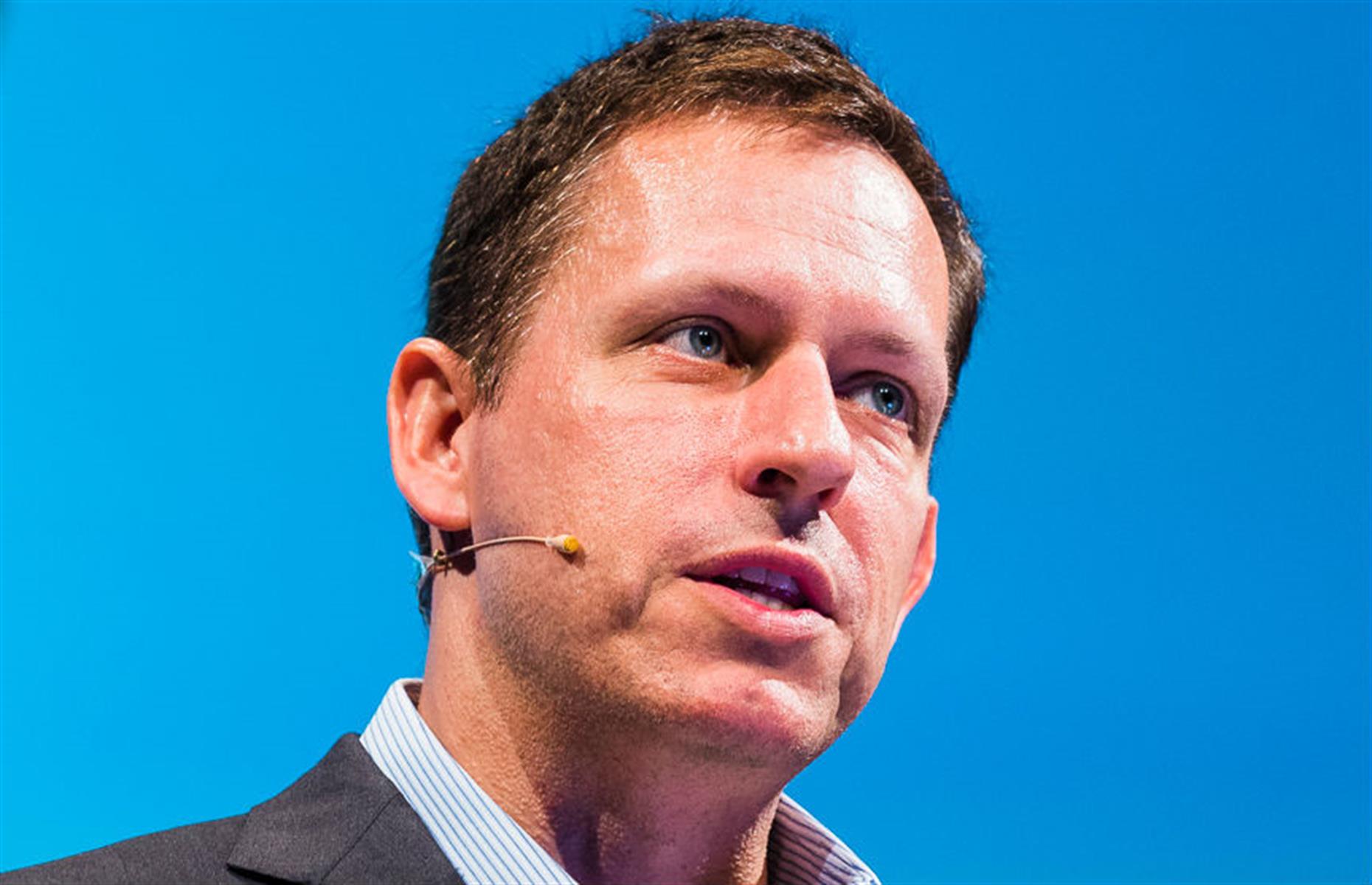 As the co-founder of PayPal and charitable entrepreneurial company the Founders Fund, Thiel isn’t short of ideas when it comes to spending his $4.9 billion (£3.9m) net worth. When it comes to solving the problem of mortality though, Thiel is adamant that the answer doesn’t lie in a single pill, but a “multi-pronged attack” by using a variety of regenerative technologies.

That’s why Thiel created Breakout Ventures in 2011, a philanthropic vehicle that funds promising biotech startups to the tune of $350,000 (£280k) each. Examples of this range from Epibone, a firm that focuses on creating a stem-cell treatment that would allow patients to grow their own bones, and Cortexyme, which is working on preventing degenerative diseases such as Alzheimer’s. Cortexyme itself raised further investment, including a whopping $76 million (£60.8m) in series B funding from companies including Verily. 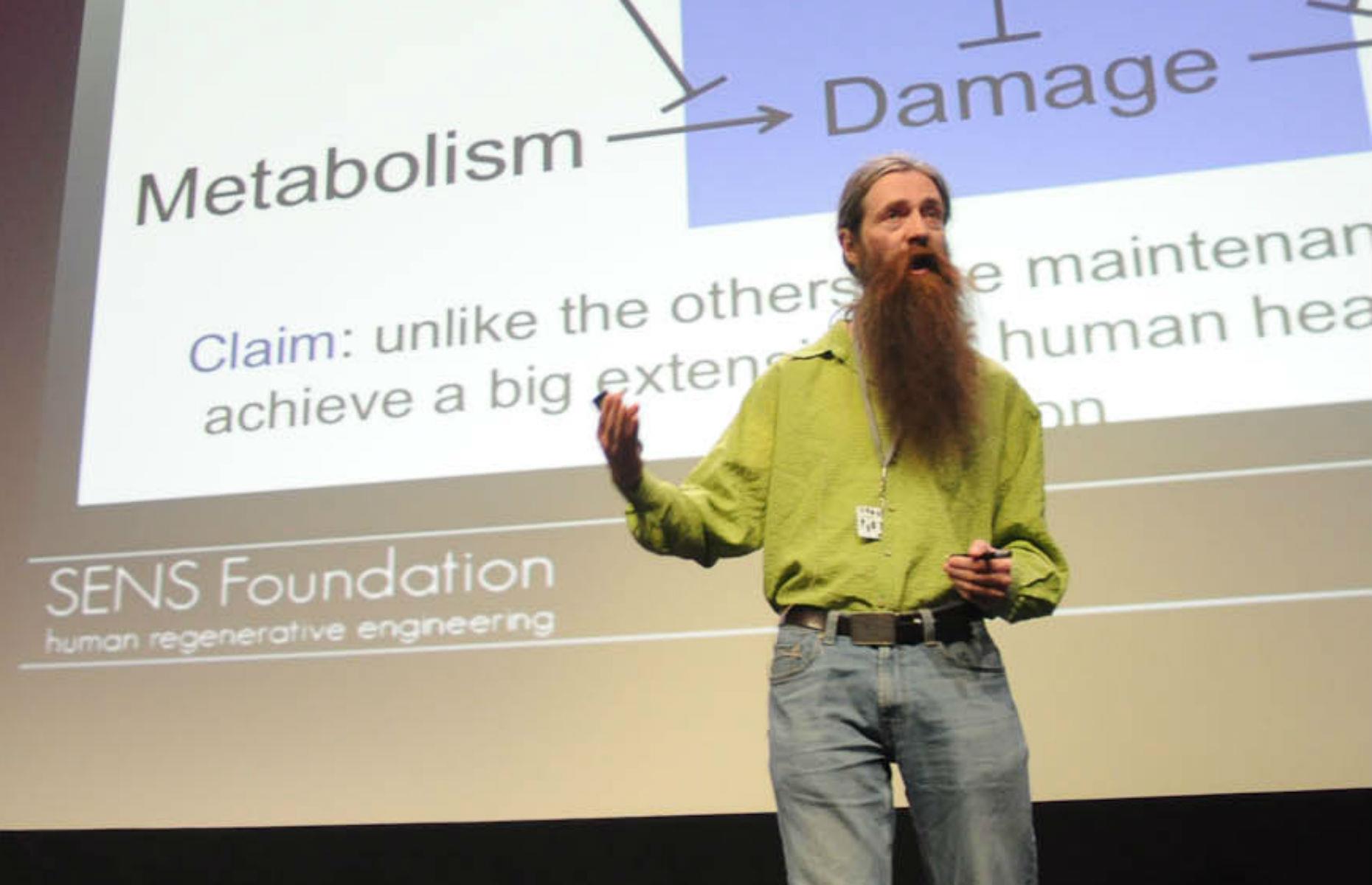 Thiel and the Methuselah Foundation

Thiel's interest in extending life or as he puts it "lengthening people's time horizon" first came from his involvement with the Methuselah Foundation. According to Forbes, Thiel has given in excess of $6 million (£4.8m) to the organisation, co-founded by self-styled gerontologist Aubrey De Grey (pictured), who believes that cells can be reprogrammed to stop ageing. This theory chimes with Thiel and other silicon valley execs who see ageing and death as engineering problems with technological solutions. De Grey has since been removed from his other venture, the SENS Research Foundation, after an independent investigation found him guilty of sexually harassing his employees. 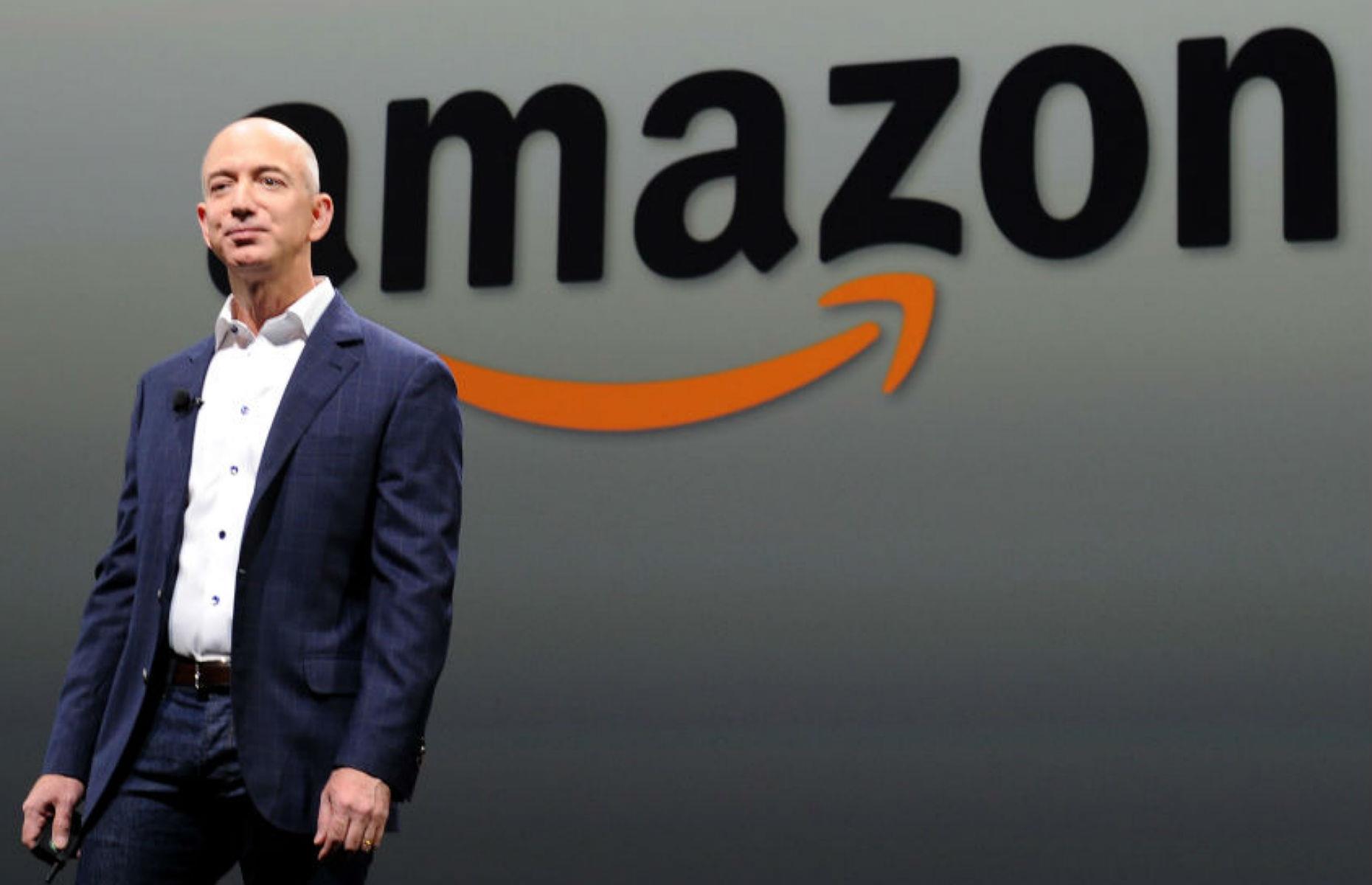 Amazon founder Jeff Bezos, along with Peter Thiel, is one of many investors who put a combined $300 million (£240m) into biotech startup Unity Biotechnology in 2011. When the company went public in August 2018, it was valued at $700 million (£560m). Through its research into deteriorating cells and osteoarthritis in humans, where treatments will effectively destroy the arthritic cells, Unity Biotechnology aims to enhance quality of life for arthritis sufferers in the future. 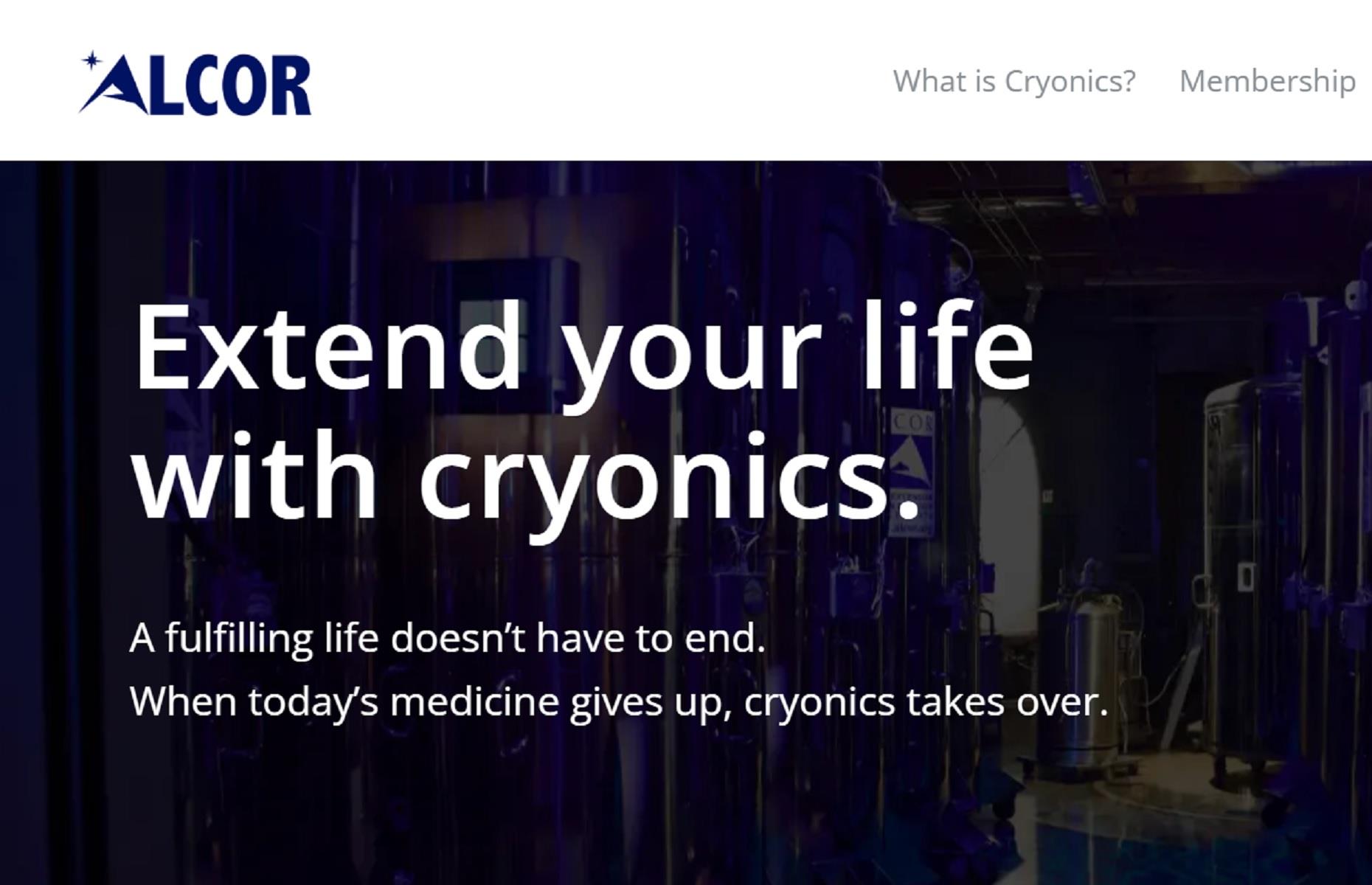 According to an article in The Guardian, Bezos – whose net worth is currently $164 billion (£132bn) – is also rumoured to have invested in the Alcor Life Extension Foundation: a Californian company that's been cryogenically freezing people's bodies and brains for almost 50 years. Believing that "a fulfilling life doesn't have to end," Alcor charges $200,000 to store "legally dead" bodies on ice until they can be safely resurrected and currently has 190 "patients" in its care.

As current chief executive of software firm Oracle and on the board of Tesla, the septuagenarian Ellison retains a remarkable zeal for life. He certainly knows how to spend his current net worth, listed on Forbes as $104.1 billion (£83.7bn), with a yachting team, several luxury cars, two military jets, and various philanthropic endeavours. According to the New York Post in 2017, Ellison has given more than $460 million (£346m) of his money to anti-ageing research, stating that he finds the prospect of mortality “incomprehensible". 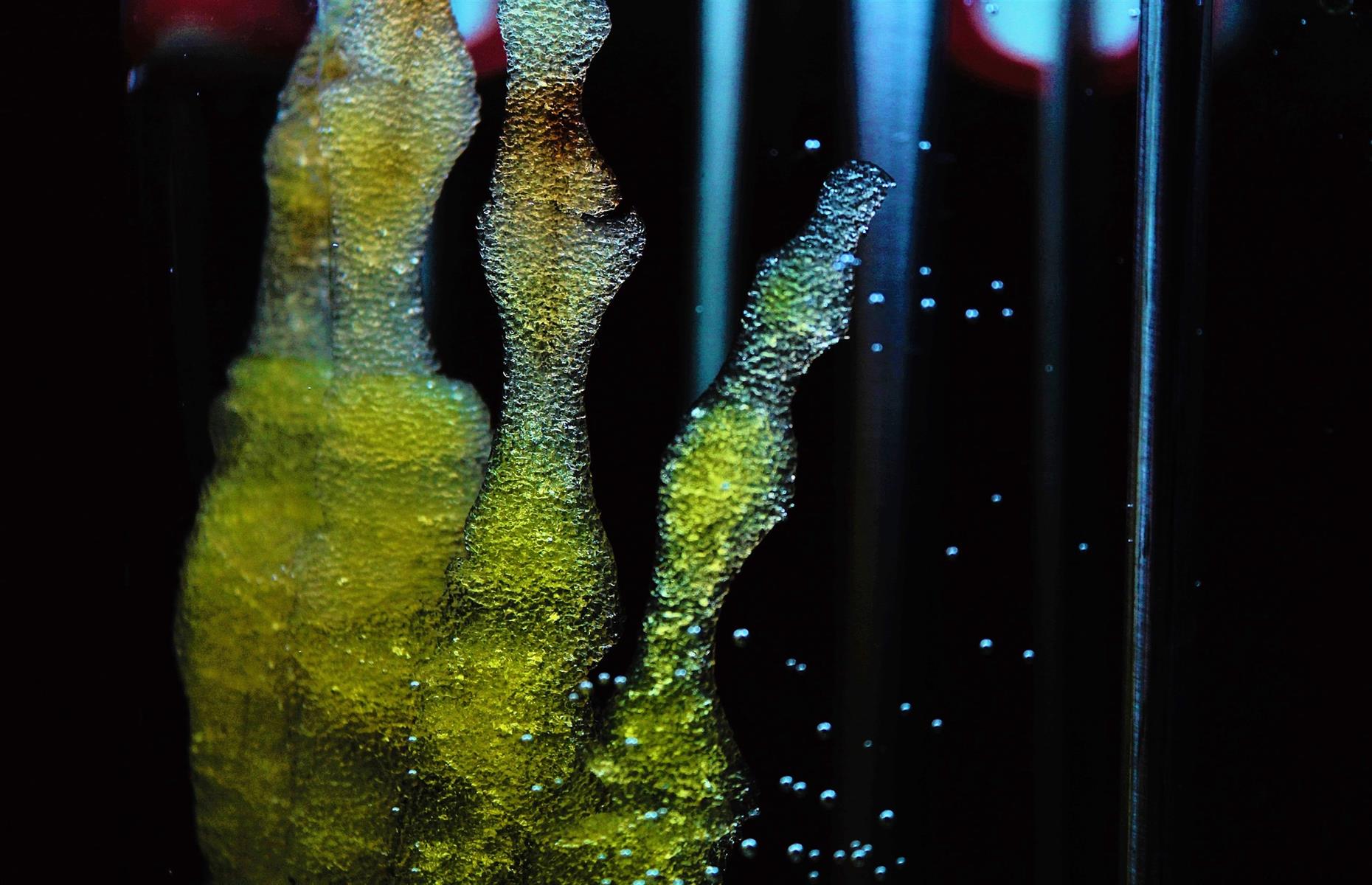 Ellison set up the Ellison Medical Foundation in the mid-1990s after hearing a talk by Dr. Joshua Lederberg, a Nobel-prize-winning biologist. The two then met to discuss how the billionaire could help with Lederberg’s biomedical research on ageing, and in 1997 they launched a program to fund individuals with ideas as opposed to specific projects. Now called The Lawrence Ellison Foundation, the organisation has "contributed significantly to medical understanding of the diseases of aging," according to the company website, including areas such as stem cells and DNA damage and repair. 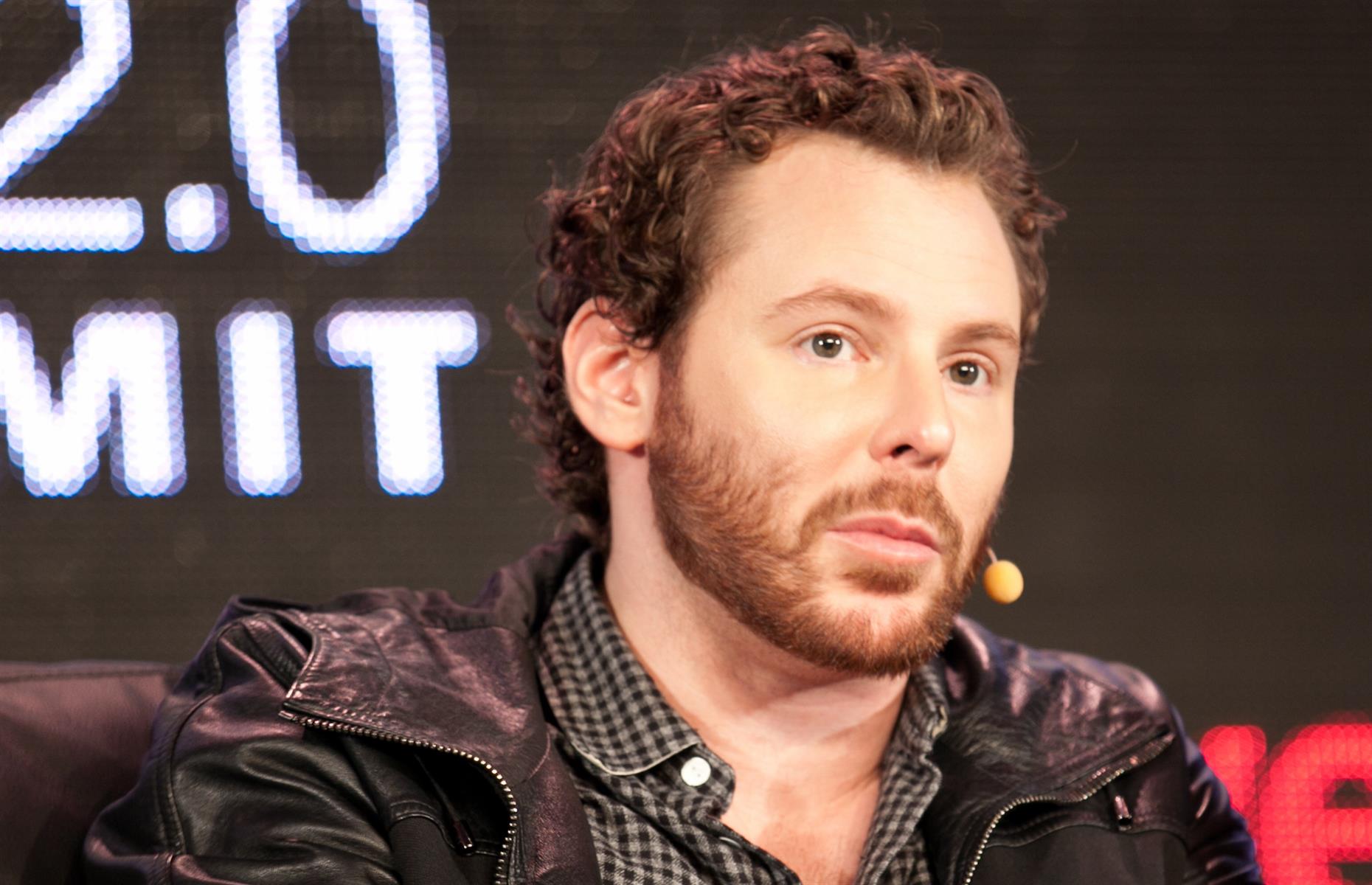 Sean Parker, the co-founder of Napster and first ever president of Facebook, has used his money to explore how tech can extend lives, notably those of cancer patients. The website for his Parker Institute for Cancer and Immunotherapy claims: “We are hacking cancer so more of our patients can live cancer-free". Scientists have reportedly received $250 million (£201m) of investment from the mogul to investigate cancer-fighting cells and augment their research using the cutting-edge gene-editing technique CRISPR, which stands for 'clustered regularly interspaced short palindromic repeats'. 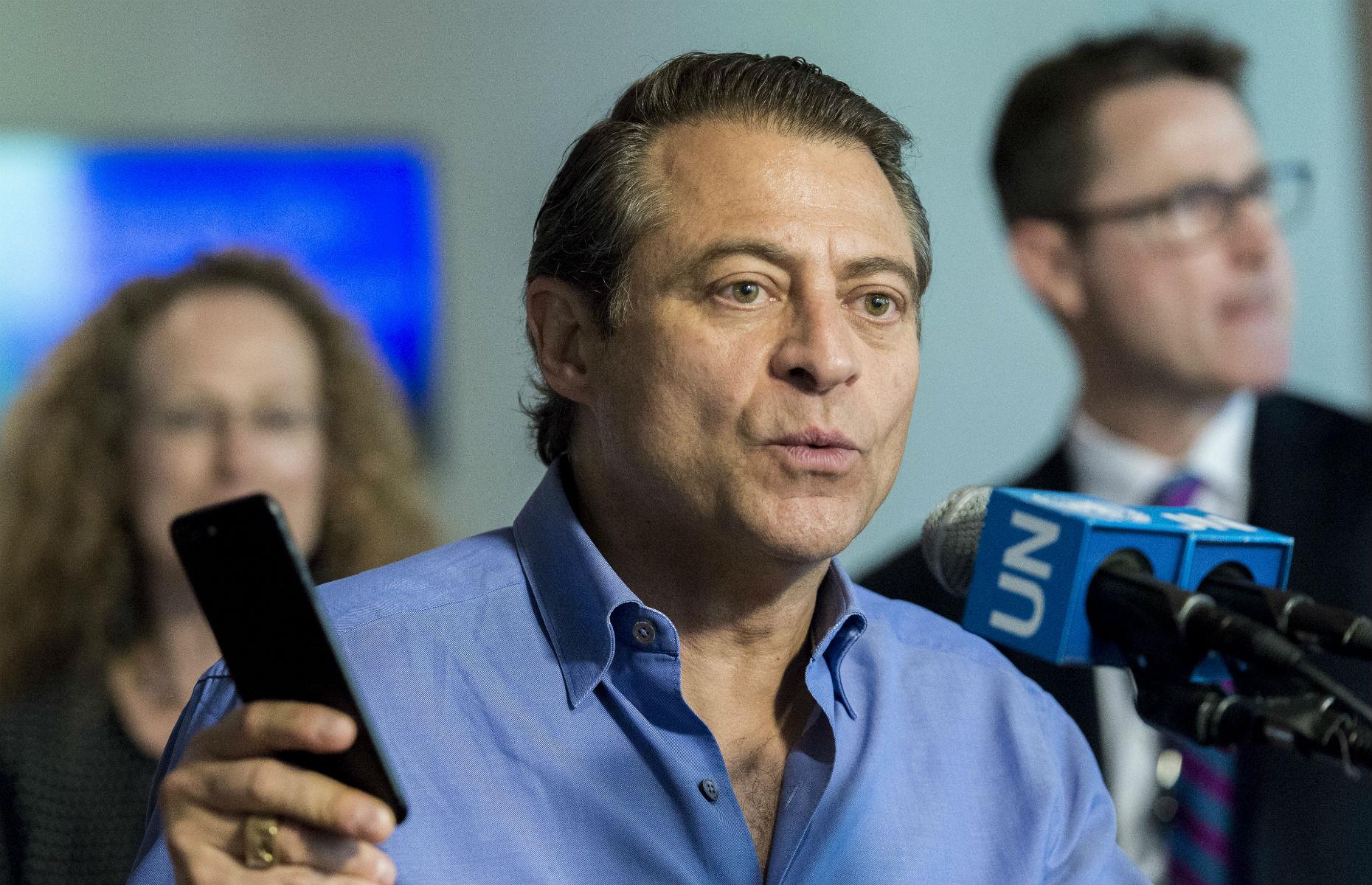 Greek-American engineer, physicist, and entrepreneur Peter Diamandis (pictured) is set on investing in the future of humanity. As well as offering financial prizes to initiatives trying to provide large-scale solutions to solve human or business failures with his XPRIZE Foundation, Diamandis has raised $300 million (£241m) for Human Longevity Inc (HLI). Co-founded in 2013 along with the leading US bio-geneticist and businessman Craig Venter, HLI is supported by a number of leading investors and pharmaceutical companies such as Illumina Ventures and AstraZeneca. 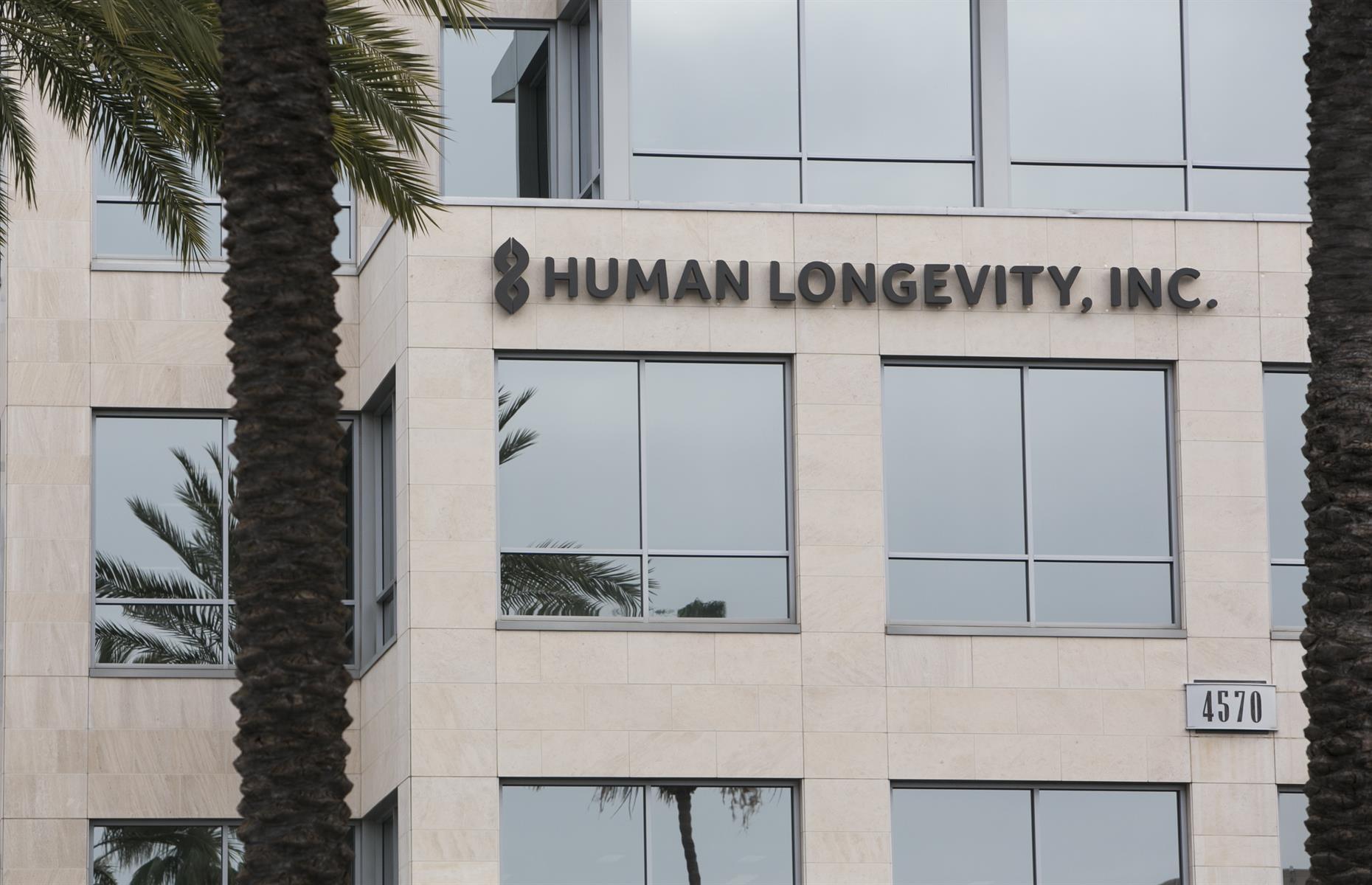 Learning from our genes

HLI aims to collect a database of human genotypes and the individual characteristics that can result from these (known as phenotypes). It will then subject these to machine learning and hopefully provide data to help cure conditions associated with ageing like Alzheimer's, cancer, and heart disease. HLI, which hired Ancestry.com CTO Scott Sorensen as its chief technology officer in 2018, already offers an extensive wellness service called “Health Nucleus”. Complete with MRIs and advanced tests to look for markers of the above diseases, the service reportedly costs around $25,000 (£20.1k). 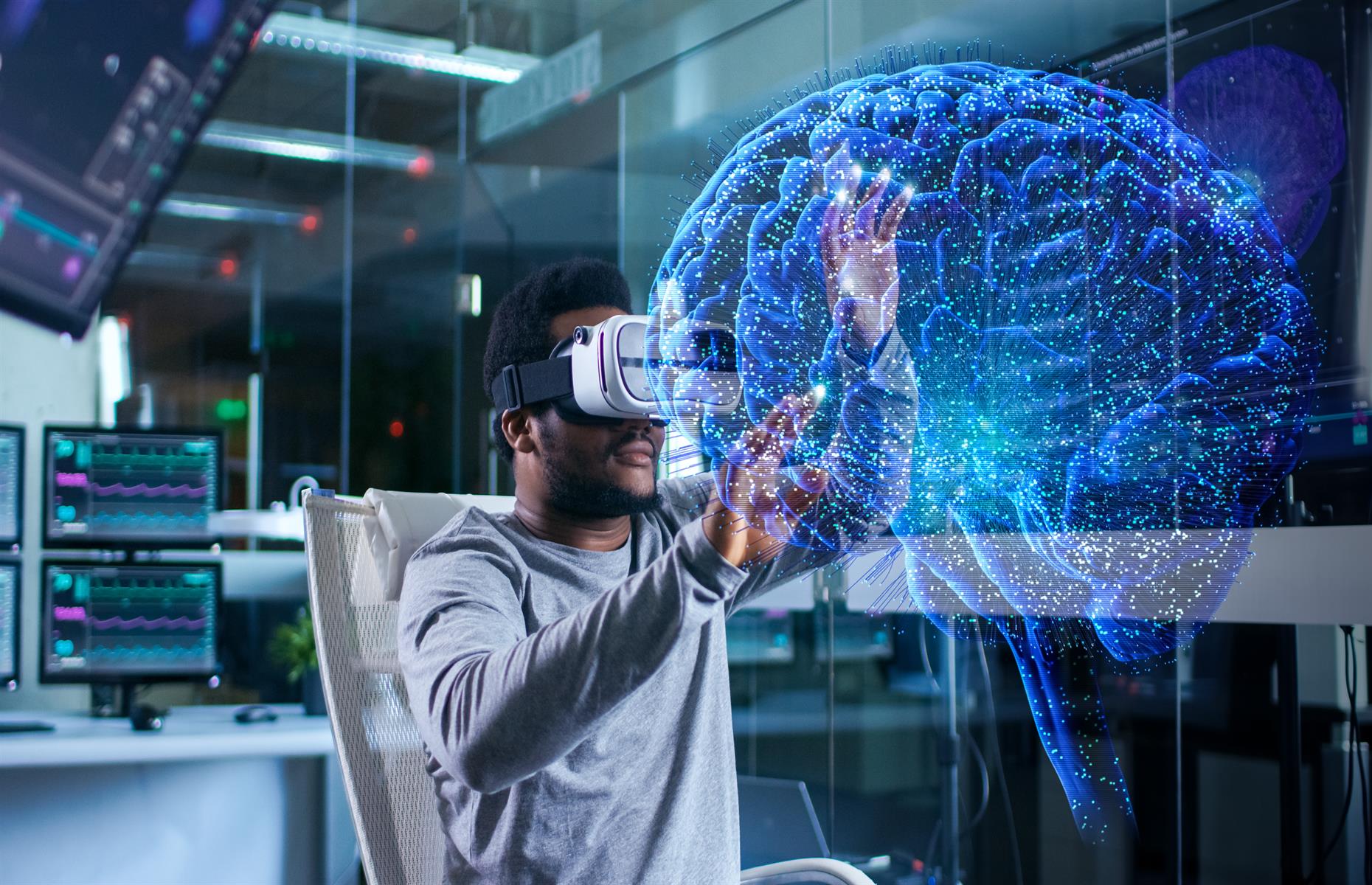 For many years, the science fiction community has been obsessed with the merging of our brains with virtual realities or computers for health benefits. The idea of inhabiting a ‘third space’ is an enticing one, particularly for tech execs who want to marry their personal whims for life extension with their technological ambitions. ​
Features 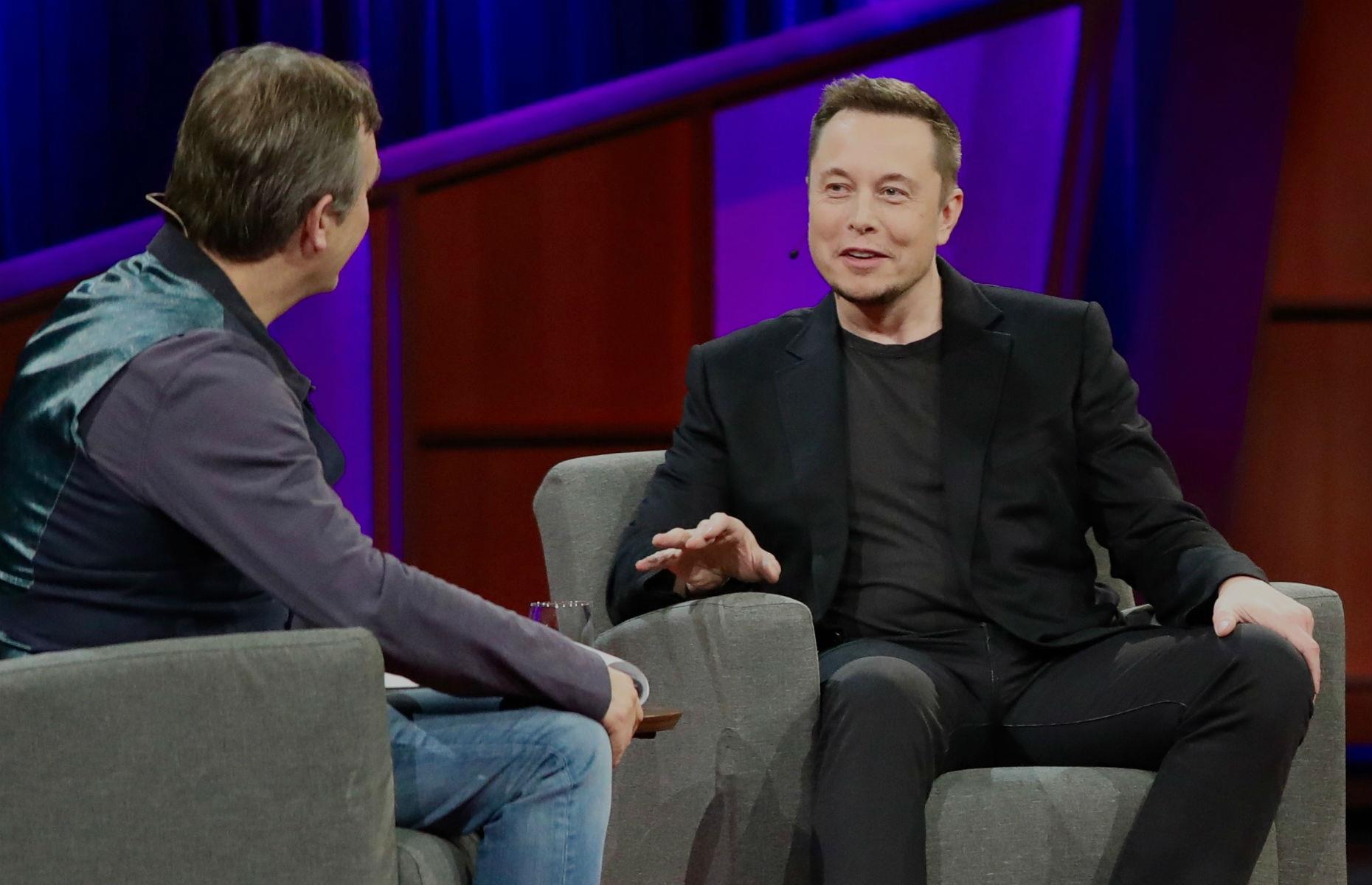 As well as busying himself with Tesla and SpaceX, Elon Musk has also founded Neuralink, a medical research company that develops brain-machine interfaces for implantation. According to Fortune, Neuralink received $27 million (£20.4m) during its first funding round. Having carried out successful experiments on pigs and monkeys, the company started advertising for a human clinical trial coordinator earlier this year. But what exactly is Neuralink aiming to do? 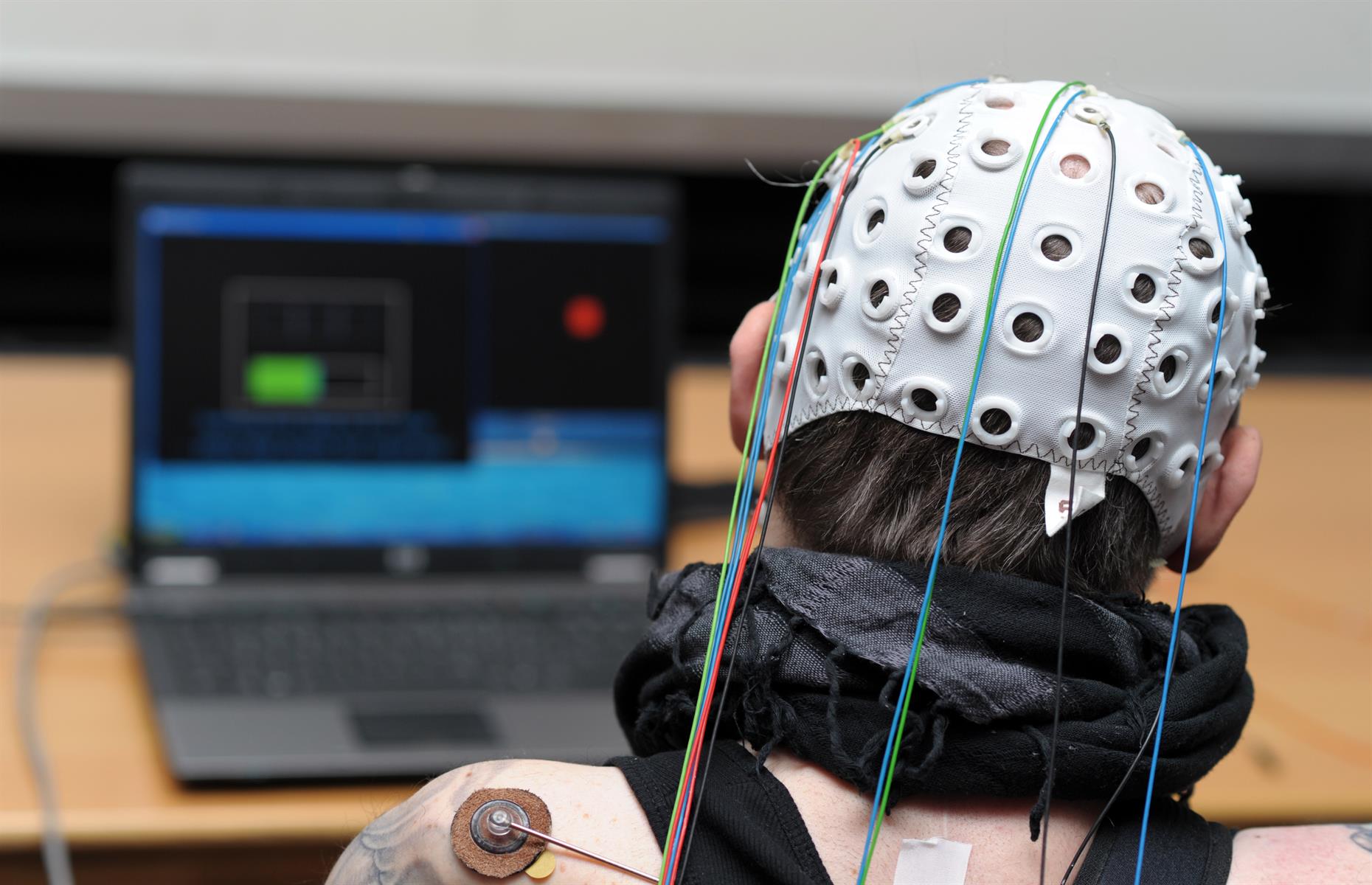 The world's richest person with a net worth of $240.3 billion (£193bn), Musk believes that Neuralink can transform the way in which humans interact with computers. It sounds like the stuff of science fiction – but by implanting tiny electrodes into the brain, he hopes to give people a variety of computing capabilities. In a limited capacity, this technology is already in use; for example, prosthetic limbs can be controlled by the brain interfaces of people with head or brain injuries. Musk first mooted the idea on a Joe Rogan podcast, when he announced, “If your biological self dies, you can upload into a new unit. Literally”. 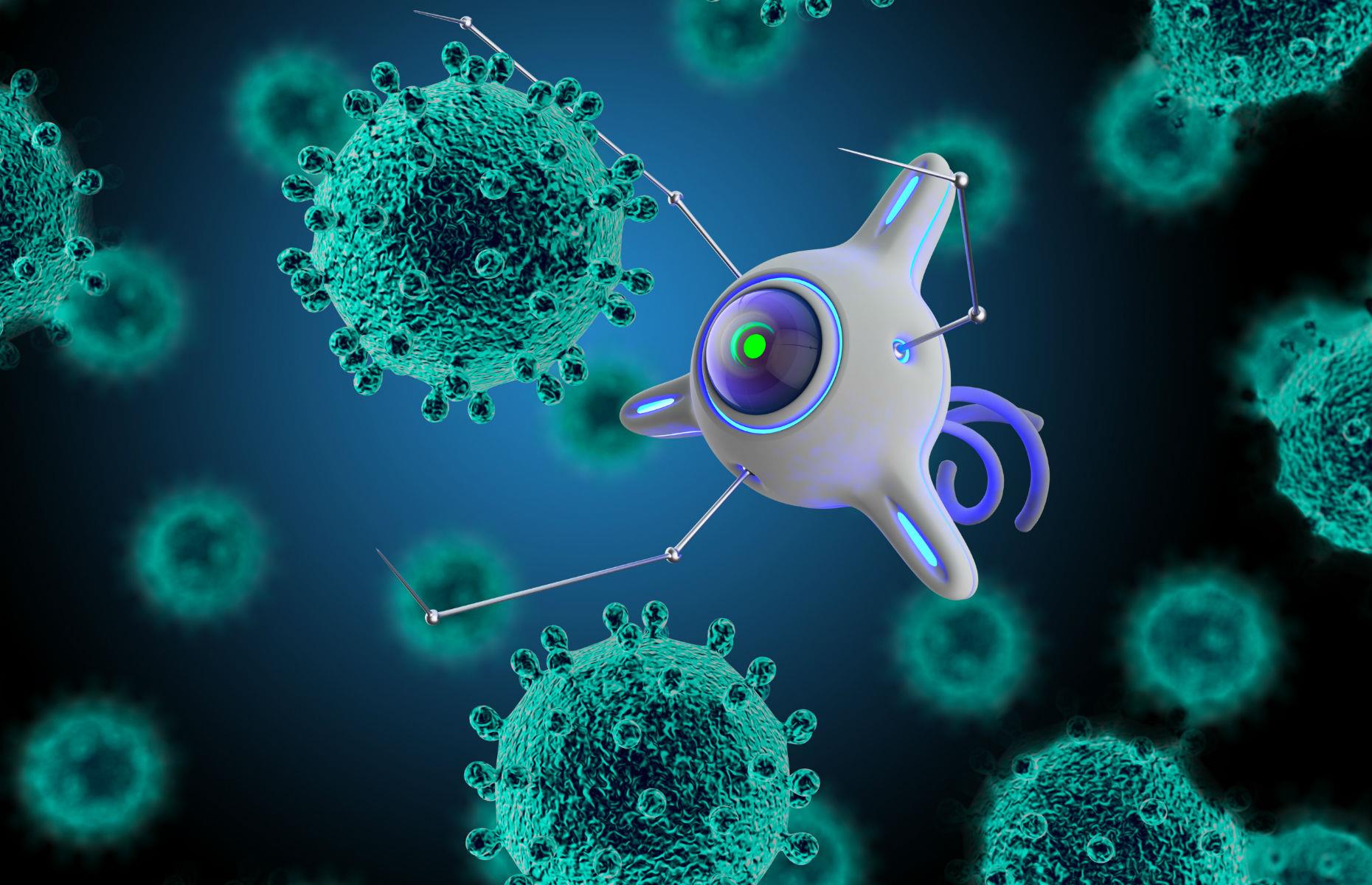 Musk maintains that we must merge our biological intelligence with machine intelligence to stay, as he puts it, “economically valuable”. The company is currently focused on two products: a wireless computer chip the size of a coin, known as Link, and a surgical robot that can implant the chip into a brain. Last year, Neuralink shared a video that showed a macaque playing a video game solely with its mind. However, the organisation claims that its intentions are purely medical and Link will be used to help people with paralysis carry out everyday tasks.

Musk isn't the only one with designs on human-machine merging. Russian billionaire entrepreneur Dmitry Itskov – pictured here with the Dalai Lama – hopes to solve the 'issue of mortality' by 2045. In 2011, he launched the 2045 Social Strategic Initiative with the ultimate aim of transferring the human consciousness to an artificial carrier, thus guaranteeing immortality. This would mean that your personality would be able to continue, eventually within a hologram-esque avatar, long after your body has expired.

Having amassed 47549 members so far, Itskov is inviting business leaders, computer programmers, and celebrities to embrace this particular vision of trans-humanism and hopes to team with excursions into outer space too. He funded the 2045 initiative by selling off his media and internet businesses and has sought other investors to do the same. The pay-off for this won’t be dividends once the company is sold though, but instead the ultimate return: eternal life.

Read about when the world's biggest breakthroughs are set to happen