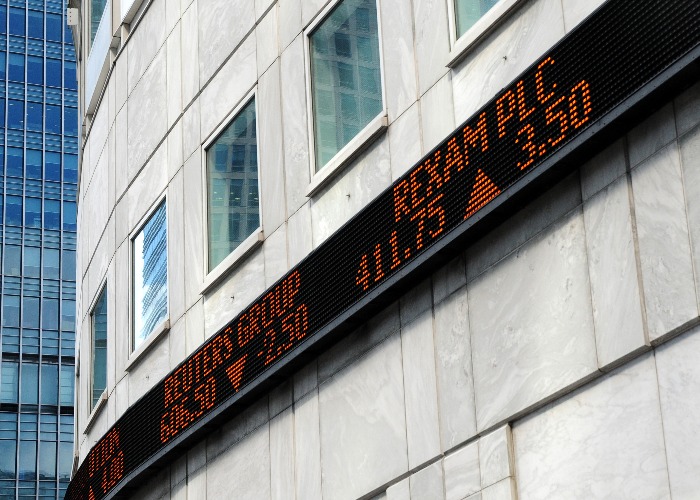 As EasyJet gets bumped from the FTSE 100, we look at how changing face of the index reflects Britain’s transformation over the past three decades.

Budget airline EasyJet and Hikma Pharmaceuticals have lost their places in the FTSE 100 index of Britain’s biggest companies after the latest quarterly review.

The shake-up, which was announced last night after the stock market closed, will see them replaced by software company Aveva (not to be confused with the insurer Aviva) and JD Sports Fashion.

The moves are the latest changes that have taken place since the index, which ranks companies based on market capitalisations, was launched 35 years ago.

Over this period, a remarkable number of promotions, demotions, mergers, takeovers and new listings have dramatically altered its overall construction.

Latest share tips: what the pros are buying and selling

Back in early January 1984, when the FTSE 100 made its debut, it was full of home-grown talent, according to a study produced by Schroders.

“The index bulged with household names, such as retailer MFI Furniture, Boots and Tesco,” it stated.

“These were businesses built to meet the demands of the UK consumer.”

A number of constituents even proudly bore the national name, such as British Aerospace and British Petroleum.

“For anyone looking to benefit from a burgeoning UK economy by investing in a stock market, the FTSE 100 was the first port of call,” it added.

“However, times have changed.”

Looking to invest: view all your options in the loveMONEY investment centre

In many ways, the changing face of the index reflects Britain’s transformation over the past three decades.

Back in the mid-1980s, when Margaret Thatcher was Prime Minister, the country was undergoing significant changes and enduring a harsh period of social unrest.

Miners were preparing to strike over pit closures, football fans clashed every weekend on the terraces, and the IRA was wreaking havoc with a bombing campaign.

Nationalised industries – including gas, water and electricity – were being sold off to generate billions of pounds and make them more efficient.

Elsewhere, Nissan had signed an agreement to build a factory, meaning ‘foreign’ cars being made in Britain for the first time.

Of course, life isn’t exactly plain sailing these days either. Terrorism is still a daily threat while Brexit dominates the political agenda.

However, the companies making up the FTSE 100 are certainly far more international in their focus than was the case in 1984.

In fact, more than 75% of their earnings come from overseas.

This means it’s no longer an accurate bellwether of the UK economy.

The sectors featured have also shifted.

Back in 1984, the largest industry sector in the FTSE 100 was industrials, representing almost a quarter of the index, according to a study by investing firm M&G.

It was followed by the consumer services sector, which had a 20% share, and companies within consumer goods, which made up 15%.

By the time the index celebrated its 35th birthday earlier this year, industrial companies represented less than eight per cent of the index.

Instead, M&G discovered that financials had taken the lead on 20%, followed by oil and gas with 17% and consumer goods with 15%.

As far as individual names are concerned, less than 30 of the original 100 companies remain listed on the index – and some, such as high street stalwart Marks & Spencer, are only just clinging on.

The company, which has endured a torrid time, was widely tipped for the drop before unveiling a rights issue that raised £601 million of capital.

However, some observers fear its days in the top flight are numbered.

“This isn’t the first time M&S has flirted with relegation from the index, and it probably won’t be the last,” he says.

He suggests the retailer is facing a “secular headwind” in the form of online shopping, an area it’s belatedly expanding into, while its deal with Ocado has come at a high price.

It wouldn’t be the only big name to have disappeared for various reasons, according to Darius McDermott, managing director of Chelsea Financial Services.

“Drugs company Beecham Group merged with SmithKline, then later Glaxo,” he points out.

“British Steel is now part of Tata Steel and Blue Circle was acquired by Lafarge.”

Some companies have simply failed. “Polly Peck collapsed in 1990 and Railtrack in 2001,” he adds.

“Others, like Tate & Lyle and Ladbrokes, simply became too small to stay included.”

It’s a theme echoed by Schroders which highlights how Boots became the first FTSE 100 member to be taken over by a private equity firm back in 2007.

Then there was Allied Lyons, which made Tetley beer. It ended up merging with Domecq in 1994 – and ceased trading after being taken over by Pernod Ricard just over a decade later.

Another prominent name to vanish was Thorn EMI, which was a dominant player in the electrical equipment rental market through its ownership of Rumbelows and Radio Rentals.

The company demerged in 1996 and two years later Thorn went into the hands of private equity, recalls the study.

“EMI, which was woven into British music culture through much of the 20th Century, was finally sold to Universal Music Group in 2012,” it adds.

Looking to invest: view all your options in the loveMONEY investment centre

So, how is the FTSE 100 likely to change over the coming years?

According to Darius McDermott at Chelsea Financial Services, Britain’s departure from the European Union could be crucial.

“We may see more influence coming from the US or emerging markets like China and India – all depending on what trade agreements our government is able to secure,” he says.

Of course, if populism continues to rise, the FTSE 100 could return to a more domestically-focused index. Either way, McDermott predicts a change in the size of sectors over the longer-term.

“The UK technology sector is still small but we have a number of exciting, cutting edge companies,” he says.

“Most currently get their expansion funding from venture capital, private equity and AIM listings, but as they grow, so too could their dominance.”

Conversely, the retail sector is under increasing pressure from online competitors.

“As the world moves away from using oil & gas, instead choosing clean and renewable energy, this could have a significant impact on companies such as BP and Shell,” he adds.

The next few years, therefore, are likely to see a raft of changes.

“High street names such as M&S are already perilously close to the bottom of the FTSE 100 index and could soon find themselves in the FTSE 250 – if they manage to survive at all,” says McDermott. “Only time will tell what the FTSE 100 will look like in 2054!”