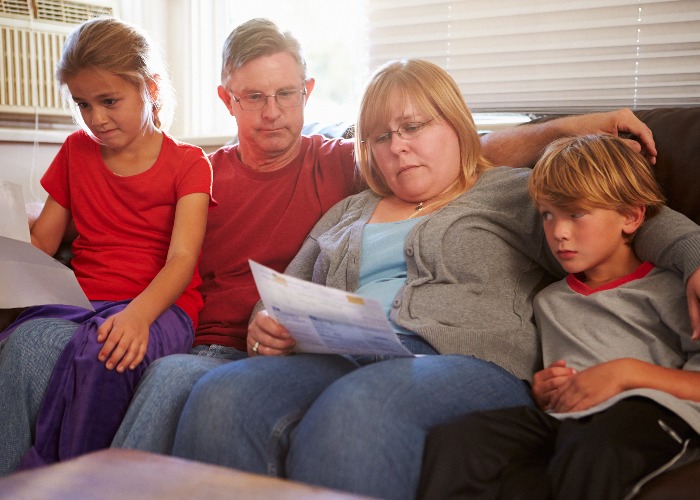 A 12-year-old is not an adult so why are ticket offices charging adult prices?

Kids are expensive, everyone knows that – hopefully most people work it out before they decide to have them.

In fact, I think it's become even more expensive. There are even more experiences and clubs and days out available to families now that I am a parent than there were when I was growing up.

Attracting the family pound has become a serious industry.

With thousands of attractions and family-friendly restaurants and themed events and educational workshops and more; it’s all too easy to spend a small fortune on activities for my young family.

Quite often, the ages of my children make a real difference to the amount we pay. We currently have a seven-year-old, a five-year-old and a toddler. Right now the youngest usually receives free entry.

Once he reaches three, we are going to end up paying for a whole extra ticket everywhere we go.

Of course, that’s only fair – we chose to have three children. But I have already been staggered by the number of places that think it’s right for a tiny child to pay a full entry.

Stuck for activities this summer? Here are some great cheap & free family-friendly options.

A few years ago I took my eldest to a children’s theatre performance and was made to pay full price for the tiny newborn I also brought. He was about 7 days old, slept the entire time and did not take up a seat.

The justification given by the venue wasn’t anything to do with restricted numbers for safety, it was that ‘our magical puppetry can fascinate even tiny babies, so it is only fair to charge them too’.

Clearly nonsense and just about wringing as much money out of the parents as possible. Another regular frustration is paying to get adults into a children’s attraction where the kids can’t go alone.

I get quite wound up paying for entry to soft play when I promise you I am not going to enjoy the ball pit but will be spending at least a fiver on coffee.

But there’s another gripe that frustrates me even more - that is how soon I am going to have to start forking out for adult tickets for my children. And it frustrates other people too…

When does a child become an adult? Officially 18 but you could argue that 16 is probably the lowest age you could fairly describe someone as ‘no longer entirely a child’.

But I would argue that they definitely don’t become adults at 12. Yet one mother told me: “Most hotels in Europe class kids over 12 as adults so when my husband and I go away with our 13-year-old son we have to book a room for three adults now.

“Even though it is same room we’d get a booking as 2 adults plus child a year ago, we are charged more - a week in Italy this summer is going to be €500 more - and they can’t argue it’s because he eats like an adult as the price is room only.”

Another parent said: “There's an activity farm place near me that charges more for kids than adults. Only about a pound in it. Unbelievably expensive either way. But I find it really unpalatable because they know that one adult might take several children, so they want to squeeze you all they can.”

One said: “My 11-year-old old son has to pay an adult fare on the bus as he doesn’t qualify for a local student travel card.”

“A lot of pantomimes and theatre shows charge kids adult prices - which can sometimes be £50+ which I think is a bit steep,” added another.

Not every parent I spoke to felt it’s unfair to charge children the same as adults. One mum of two said: “In some cases I get it. My kids are six and seven and have very healthy appetites so why would I expect them to pay less for the same food I am eating?

“I also sometimes run gigs and losing a seat is losing a seat whoever it's to, we do let kids go free but still. You don't magically stop existing just because you're a kid. Actors/restaurant owners got to eat too!”

If it’s about consumption then there’s more of an argument; I can see that a 14-year-old might well eat the same amount of breakfast buffet as an adult.

Yet by that basis, my elderly frail granny should be charged less than a typical adult as she will eat about the same as my toddler. It probably all balances out for the average business.

Getting to the point

Most businesses are not obliged to offer discounts to any group and most have a tight line they walk between being profitable and not.

However, businesses that choose to offer discounts for kids should not rip that discount away at an arbitrary age unless that age is adulthood.

It might be fair if they suddenly get to access more stuff by being that age too, for example if once they are 12 they are allowed on the larger rollercoasters then charging more seems fair.

But offering a child’s discount to some but not all children just seems a way to make parents stump up even more for days out while still getting the marketing benefit of having a lower price for children.

There is a clear line between adulthood and childhood, with a clearly marked cut off. Charging a parent an adult fee for a 12-year old is a rip off that must end.

If businesses want to offer a discount to children, it should be a discount for all children, not some. Otherwise, it’s a cynical ploy to maximise spending and goodwill at the same time, leaving parents out of pocket and out of patience.

What do you think? Should businesses charge what they like or is this unfair on families with older children? Have your say using the comments below.