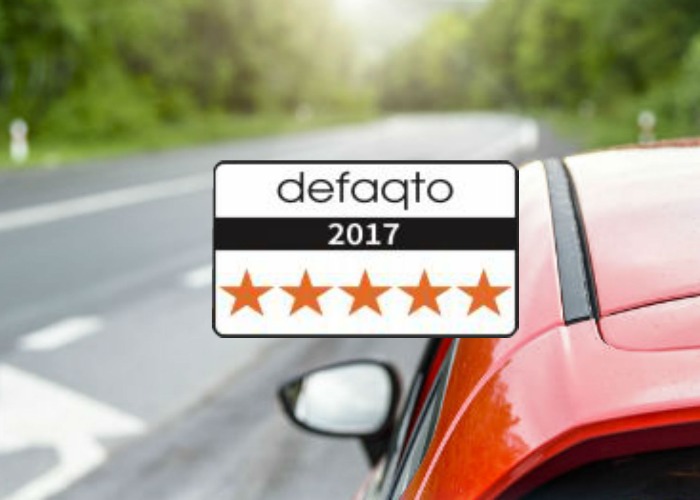 If you’re looking for insurance it’s tempting to opt for a five-star rated product, but you could still be left out of pocket.

In fact, the average insurance policy’s small print is harder to read than Dostoevsky’s Crime and Punishment or Stephen Hawking’s a Brief History of Time, researchers from Which? found.

Miss a single line and you could find your travel insurer leaves you stranded in another country, or your home insurer refuses to pay out.

Defaqto’s Star Ratings system is one of the few ways to cut through the jargon.

Even if you’ve not heard of the company, you may be familiar with the stars and logo (pictured above), which are used extensively by comparison sites and insurers in their advertising.

We talked to the creator of the Star Ratings and head of insight at Defaqto, Brian Brown, to find out how they can help you make a decision.

Search for a cheaper travel insurance policy with loveMONEY

How the ratings work

Brown designed the Star Ratings 19 years ago, starting with insurance. “We wanted to try and simplify things on the public side,” he says.

Defaqto is first-and-foremost a business-to-business company – not a comparison site – and doesn’t make money from consumers as such. Instead, it licenses the use of the Star Ratings for companies in their advertising.

Nevertheless, the ratings have become big business. Defaqto’s website boasts that “60 experts spend 400 hours a day collecting and examining information from over 41,000 products”.

According to Brown, every known product on the market gets a rating from one to five stars, no matter how obscure (step forward, Sheffield Wednesday Owls Mastercard, pictured below).

But what do they actually mean? Is a five-star rating a guarantee the product can't be beaten? Not necessarily, as you'll soon see.

Not about price or service

Defaqto’s ratings are about the product, not the provider and – perhaps surprisingly – not about the level of customer service.

“If you’ve never made an insurance claim, you wouldn’t know what the service was like”, explains Brown “it’d be great if I could get service metric data, but we don’t have it.”

Nor are the Star Ratings about price, or a measure of value for money. That’s a decision the consumer needs to make themselves, Brown believes, comparing it to the decision to buy a BMW over a cheaper model of car.

Defaqto’s team score various features of the product from one to five, the combination of which largely determines what the product’s final rating will be.

However, there are also ‘core criteria’ and the lack of any of these will prevent a product getting a four or five-star rating.

“These are things that a reasonable person would expect to have”, says Brown, giving as examples a courtesy car as part of a car insurance policy, personal belongings cover outside the home for home insurance and cancellation cover for travel insurance.

What is a five-star product?

Defaqto hasn’t published their core criteria, although last year Defaqto defined the terms that financial services providers must use when describing their Star Ratings.

Five-star products, for instance, must have ‘comprehensive’ levels of cover or features. Such a rating, Brown explains, “is a very good level of features and benefits, much more than a lower rating product”.

However, Brown cautions that a five-star rating “doesn’t guarantee that every [insurance] claim will be paid” and consumers should still check that the policy suits their individual requirements.

The Guardian reported that, in 2009, the Financial Ombudsman struck down a consumer’s complaint that their five-star-rated travel insurance policy hadn’t covered their airline going bust.

The Ombudsman reportedly dismissed the rating system as ‘puff’.

Furthermore, Brown insists that Defaqto ratings are not all about pushing consumers to go for five-star products.

A low-rated car insurance product could, for example, have a low price whilst satisfying a driver’s legal obligation to be insured.

Whilst Defaqto’s ratings may be impartial, that doesn’t mean their always correct.

This has become particularly apparent as the company has expanded from insurance to products such as credit cards, where its methodology has lead to some surprising conclusions.

In some cases, discrepancies in ratings were difficult to explain. No cashback card scored higher than three stars, but Natwest’s cashback-like Rewards Card, which has a fee and offers a far lower rate than the market leader, scored five stars.

Some of these issues derive from Defaqto’s methodology: cards are marked down for high interest rates or fees, despite consumers being able to avoid both expenses by using the card properly.

Brown admitted that an overall rating of credit cards was problematic, given different cards are used in very different ways.

The features that define a good balance transfer card, for instance, are almost completely different from the perks of a good rewards card.

Dreading renewing? How to cut your home insurance costs

Don’t use in isolation

Yet we depend on Defaqto to avoid terrible products in a world of fake customer reviews, ‘sponsored editorial’ in the media and misleading advertising.

As Brown himself explains, the best way to use Star Ratings is alongside other sources of information.

You can gauge a company’s overall quality of customer service from websites such as Revoo and Trustpilot, providing that company has been reviewed enough times.

Some industries have designations that ensure a level of quality, such as ATOL protection for travel providers, but other designations, such as ‘FCA-authorised’, should be seen as a bare minimum.

And, of course, price should always play a role: with so many firms out there, you shouldn’t have to pay over the odds to get a product that works.