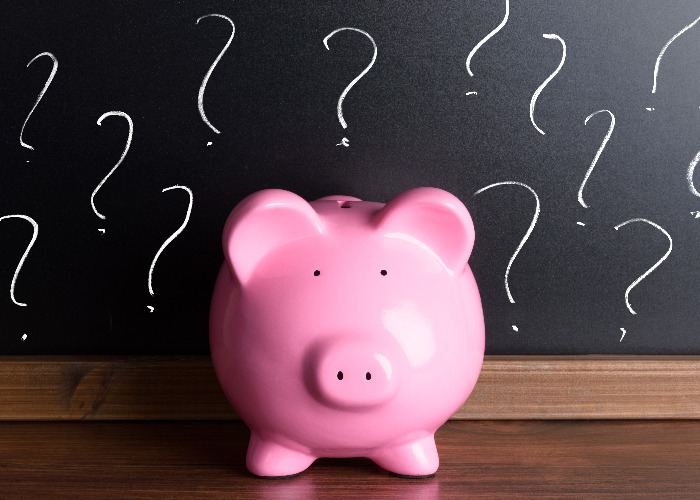 Huge numbers of parents that save regularly on behalf of their children don’t tell them about it.

I keep plenty of secrets from my kids. That’s what parents have to do, especially around this time of year - I have really started to resent the fact that Santa gets the credit for the presents I buy.

One of those secrets is that, practically from the moment they were born, I have been saving for both of my sons. Each of them has a Junior ISA (or JISA), while they also have an investment bond each.

But while I save into these accounts every month, I have no intention of actually telling them about it.

I’m not the only one with a secret saving habit. A study by Willis Owen released earlier this month found that four out of every five parents or relatives who invest in a Junior ISA for their young loved ones are going to wait until that child is at least 16 before informing them of the account.

There are a host of different reasons for this.

Just shy of two in every five (39%) say they want to keep it a surprise, while a third (34%) say they are worried the child won’t be responsible enough to be informed earlier.

Another quarter (23%) say there is a danger than knowing the money is being saved on their behalf will make the child feel spoilt.

To be honest, in the cold light of day, these reasons are a little silly.

Firstly, on the list of great surprises you can hit a 16-year-old with on their birthday, the existence of a savings account that they can’t access for another two years has to be somewhere near the bottom.

It’s not exactly an Xbox, is it?

Similarly, why does a child need to be responsible in order to be told they have a savings account waiting for them when they hit 18?

If my child is a toerag at 10, what difference does it make to tell them about a savings account they will have control of in eight years?

Trust funds: are they the best way to pass on your wealth and reduce tax?

Why keep it a secret?

I haven’t told my kids about the various savings accounts I have opened for them, but that’s mainly because at four and seven respectively, it’s not exactly a riveting conversation topic.

That’s not to say that you can’t attempt to drill into them early on the importance of being responsible with your money, and saving up for something that you really want - you absolutely can.

It’s more that at this stage, keeping it conceptual is more productive than discussing what the latest performance of the FTSE 100 means for their JISA.

I want them to spend it in the right way

Nonetheless, I think this study does shine a light on a very real concern that plenty of parents have about saving for their children, particularly with a JISA.

And that’s the worry that the kids will end up wasting every last penny.

Willis Owen found that almost half of those saving into a JISA hope the money will be used to help fund higher education, while a similar number hope it will go towards a deposit. Other popular options include keeping it invested, buying a car, or covering travelling costs.

In other words, nobody is hoping their kid blows the lot on a frankly magnificent knees-up.

I think in truth, the reason that many parents keep these savings accounts a secret is a way of putting off accepting that at some point their little cherubs will have full control of the money and can spend it however they like, no matter what those parents think.

My wife has expressed concern, repeatedly, about the fact that with a JISA control of the money transfers into our children’s hands. It’s an understandable worry really, that we are trying to be responsible by saving on their behalf, but there’s no guarantee that they will adopt a similar approach once they can use that money as they see fit.

Adult children living at home: should they pay rent?

Of course, you don’t have to save in a JISA or any other account where control of the money ultimately ends up in your child’s hands.

You could set up a separate account in your own name which you can dip into as and when your children need help as they get older, for example with that first deposit or first car. Or you could set up a trust fund, which aren't just for the very wealthy.

But personally, I believe that a big part of anyone’s financial education will be making their own mistakes. I’ve made plenty over the years, and while I will try to steer my children into avoiding repeating them, ultimately I have to trust them to work it out on their own.

Yes, I’d rather they don’t end up blowing the money I’ve put aside on a massive bender when they turn 18, but if they do and then end up coming to me to ask for a bailout that I can no longer afford to give them, that’s an invaluable lesson too.

But for now, the savings accounts will remain secret. After all, I wouldn’t want them to feel spoilt.