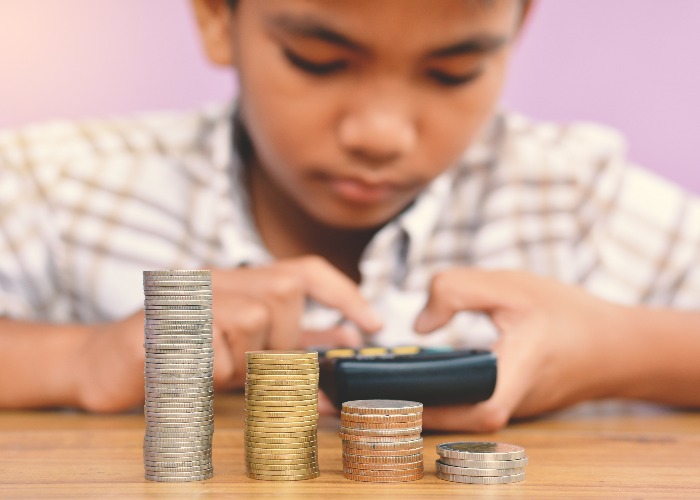 Over a million Child Trust Funds lie forgotten, some with balances of over £2,000. With the first accounts due to mature on Saturday, here’s how you can check if your child is due a four-figure windfall.

Back in September 2002 the government launched Child Trust Funds (CTFs) in an attempt to encourage parents to start saving for their child’s future.

As an added incentive the government gave every child a £250 voucher for their account at birth – or £500 if the family received Child Tax Credits.

The accounts were replaced with Junior ISAs in January 2011, but if your child turned seven before then you would have received another £250, or £500, top-up from the government.

That means every child born after 31 August 2002 and before 1 January 2011 has at least £250 sitting in a CTF. Factor in the higher deposits for those in receipt of Child Tax Credits and the growth and some accounts are worth as much as £2,000.

“The Child Trust Fund was the centrepiece of Gordon Brown’s plan to encourage asset-based welfare. His objective was to establish a savings habit among children, providing a cushion of financial assets as they embark on adult life and enabling them to be confident in the management of their finances,” says Gavin Oldham, chairman of The Share Foundation.

“After a decade of relative neglect, the years ahead are vital for achieving the original purpose of the Child Trust Fund, which affects so many young people across the United Kingdom.”

Children can take control of their CTF when they turn 16, with the first batch receiving control this weekend.

While they were offered more than six million CTFs were opened with a collective balance of £9.3bn, but official figures show that almost a million accounts are now classed as ‘addressee gone away’, meaning they’ve been forgotten about.

A huge proportion of the forgotten accounts have the highest balances too, with the bulk of them belonging to families who would have received the higher £500 initial voucher and potentially another £500 voucher after seven years.

“Those receiving child tax credit suffer a 33% ‘lost’ rate,” says a spokesperson for the Share Centre, which is running an awareness campaign around CTFs. “Our calculations indicate there are nearly 400,000 lost accounts belonging to these children, with a combined value of circa £600m.”

What are they accounts worth now?

At the very least a CTF will contain the initial £250 from the government plus interest or dividends.

If you had an investment CTF then, on average, the value has doubled. MoneyFacts and research firm Lipper found that F&C Investment’s All-Share Tracker CTF fared best with a return of £644 on a £250 initial investment.

In contrast, the worst performer was Lloyds TSB’s Baby Bond, which returned just £492.

Anyone who received £1,000 from the government could have a CTF worth more than £2,000, if it was invested.

How to find a lost CTF

You have to make a request to HMRC via the gov.uk website. This means you need a ‘government gateway’ ID, which can take a few days to set up, then you can submit your request. You should hear back within 15 days.

You can find out more with our complete guide to Finding a Lost CTF.

What to do with your child’s CTF

Once you’ve found your child’s CTF you have a number of options, but depending on your child’s age you may have to stand back and advise them on what to do with their money.

After their 16th birthday a child gets control of their CTF. They can’t withdraw the money until they turn 18, but they can decide what is done with the cash.

If the money is held in a cash CTF you should consider transferring it into a Junior ISA as the interest rates are better. The best currently on offer is 3.5% from Coventry Building Society.

The account works in the same way – growth is tax-free and children can control the account from 16 and withdraw at 18.

Money held in an investment CTF can also be moved into a Junior ISA but in this scenario you’ll need to compare the fees and charges you are currently paying with those on a Junior ISA before you decide to move.

Read more with our guide to Transferring a CTF.

Does your child have a CTF that they are going to be able to access soon? What do they plan to do with their nest egg? Tell us in the comments below.