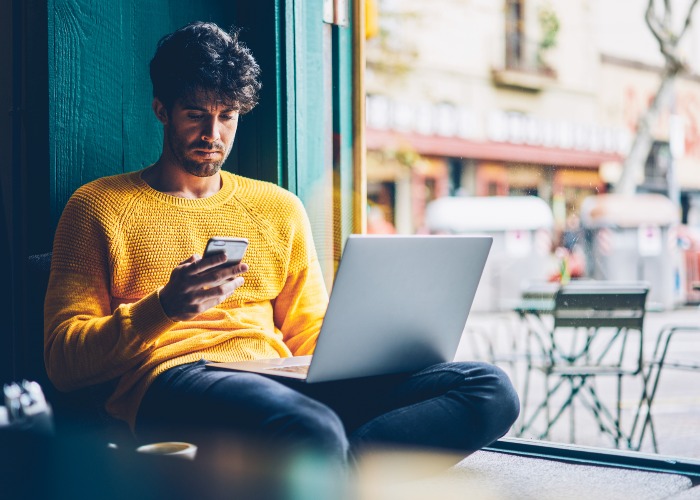 Everything you need to know about the different types of flexible working and your right to request a change in office hours.

Heather Ferguson loves her flexible working life. The 30-year-old digital producer spends at least one day each week working from the comfort of her home.

“You finish at 5pm and are already home to enjoy your evening, having achieved more than you would have done in the office,” said Ferguson.

Her role developing video content at Hargreaves Lansdown, the Bristol-based financial services firm, enables her to plan the week in advance.

“Working from home can be really useful when you have a long ‘to do’ list which means you need to get your head down and concentrate without any distractions,” explained Ferguson.

The fact she is largely free to decide when to shut herself away and when to spend time with colleagues in the office, gives her the best of both worlds.

“I’d never want to work fully at home because I’d miss the social aspect and a lot of the conversations you can have at work will spark new ideas,” said Ferguson.

Although Ferguson says she doesn’t have many responsibilities or commitments, such as children, she finds flexible working improves her quality of life.

“I don’t have to worry about drying my hair and putting make up on, I can just have a quick shower, brush my teeth and open up my laptop,” she added.

A key benefit is avoiding the journey into work which, for her, takes the form of a 25-minute cycle ride.

Fancy ditching the commute? Read Well-paid jobs and side hustles you can do from home

“You don’t have that commute, you can start work straight away,” said Ferguson.

“It means you have an extra 50 minutes each day – and don’t end up all sweaty!”

Generally, Heather will stick to usual office hours of 9am to 5.30pm when she’s working from home – although this isn’t set in stone.

“Those are the times when people expect to be able to get hold of you,” commented Ferguson.

“They might wonder why you’ve swanned off, without realising you started at 3am!”

She also feels flexible working has improved her relationship with her employer because it demonstrates she can be trusted to work independently.

“The flexible working and trust make you feel you want to work harder and do more because they’re giving you more,” commented Ferguson.

“It’s all about give and take.”

Ferguson is part of a new breed of worker that is enjoying the flexible attitude to working that an increasing number of employers have adopted.

According to Sarah Jackson, chief executive of Working Families, life in ‘time-wealthy’ families is less pressured with relationships under less strain and wellbeing levels higher.

“Parents are clear about the benefits brought by a more balanced fit between family life and work,” said Jackson.

What is flexible working?

The clearest definition is a working arrangement that’s more closely suited to the needs of the individual and their employer.

It can encompass everything from job sharing and flexi-time, to variable shift patterns and working from home.

Millions of people have already gone down this route, while surveys suggest plenty more would be interested in exploring such options.

Analysis published by the TUC revealed that 1.6 million employees – the equivalent of 1-in-16 or 6.1% of the workforce - regularly worked from home during 2017.

This is pretty much unchanged from a year previously, but the figures represent an increase from the 1-in 20 (5.1%) rate back in 2005.

Part-time: This is generally any arrangement where you work less than the traditional 35 hours-a-week that defines a full-time role.

Working from home: As it sounds. You work the same contracted hours each week but some – or all – of these will be spent at home.

Flexi-time: Your hours can vary outside of a core period each day. The idea is that you have an element of control over when you start – and finish – your working day.

Job sharing: One post is usually split between two people. They will divide the working hours between them each week.

Compressed hours: You work the same number of hours each week but fit them into less days. It means some days will be very long – in exchange for other days off.

Term time working: The idea is to work during the school term and take unpaid leave in the holidays. School hours working, meanwhile, allows you to do the school runs each day.

Annualised hours: Your contract outlines the number of hours and pattern of working expected over a 12-month period – but not necessarily in a nine to five format.

Varied hours: You state the hours you can work, and employers take you on for short periods to manage specific projects or carry out certain tasks.

The right to request flexible working was introduced by section 47 of the Employment Act 2002 – and has been enhanced by successive Governments.

This was then extended by the Children and Families Act 2014 act to all employees who had clocked up 26 weeks’ continuous employment.

Anyone wanting to apply should write to their employer with details of how they’d like their work arrangement to change – and how they see it affecting the business.

The employer is expected to carefully consider the proposal and decide within three months. Any rejection must be for a clear business reason.

“For an increasing number of the UK’s working population the world of work has changed, and it no longer confined to commuting to a place of work five days a week,” he said.

The future of flexible working

There is definitely an appetite for flexible working arrangements, but more needs to be done to help it become a reality.

That’s the opinion of Frances O'Grady, general secretary at TUC , who believes working from home provides clear benefits for employers and workers.

“Homeworking can improve productivity and it can stop the loss of experienced staff when they need more flexibility for family responsibilities,” said O'Grady.

Although accepting many bosses have recognised these potential benefits, she believes it’s time other employers caught up by introducing better work-life policies.

“The Government can also help by investing in broadband infrastructure so that every worker can get a high-speed connection at home,” she addded.