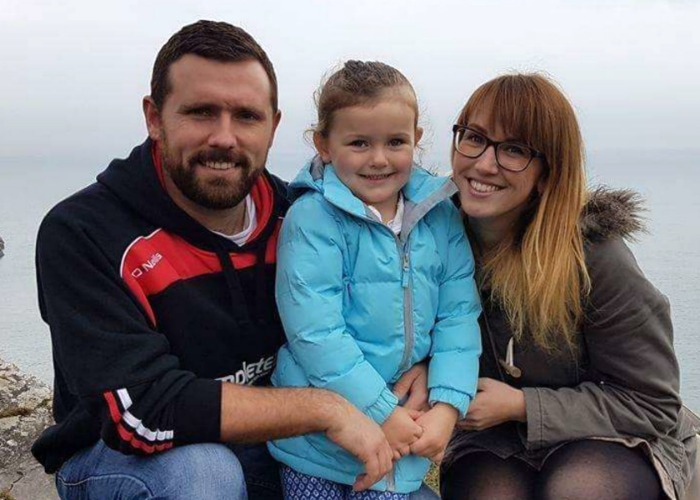 It was June 2012 and Sam Shelford was just about to go back to work after coming off maternity pay.

As all new parents will know, having a child is an expensive business: “we were spending so much money on food, that something needed to be done.”

Shelford, now 31, says she’s always ‘had an eye for a bargain’ and, being stuck at home, ended up watching ‘stupid shows about couponing’, but wasn’t entirely convinced. “I thought there’s got to be more out there.”

So, she started finding out about ways to save money, and combining the best, saving £5,000 in the process.

Here’s how she did it.

£5,000 goes a long way: “Over the course of about four years we had the money in there to pay for a holiday in Malaysia, for my daughter to go to Disneyland, we renovated the house.”

Shelford knows she’s saved that much because right at the beginning of her money-saving journey she and her husband set up a bank account just for their grocery spending.

All the cashback and other cash bonuses they received went into the account and crucially, they never withdrew money for any other purpose than groceries shopping.

Some current accounts are particularly suited to this purpose, such as those by Halifax and Tesco Bank, which offer cashback and Clubcard points respectively.

There are also a number of cashback credit cards available.

Supermarket shopping is changing, and apps and cashback sites, previously online-focused are becoming just as useful for in-store purchases.

TopCashback is free and allows you to get money back for purchases from certain retailers and often runs special cashback deals on specific items: you can sign up here.

Checkout Smart is another cashback service, whilst My Supermarket will tell you the price of an item at different supermarkets and whether it’s on offer (loveMONEY also has a weekly update on offers).

Alongside the coupons, being able to find out what was on offer and where had an obvious payoff, recalls Shelford.

“I was probably spending £25 a week on shopping, and that included everything: nappies, baby milk, cleaning products, food; it was just ridiculous.”

A wallet full of coupons

Putting together a shopping list at the Shelford home was and is an organised affair: “I used to have a wallet of coupons that I’d printed off and use it to compile my shopping list using the app My Supermarket”

Coupons include both downloadable vouchers and discount codes, but also supermarket receipts which often include discounts themselves (Tesco is currently running an offer on fuel).

Combining apps and coupons meant that Shelford could often get items for free: Covent Garden soup, for instance, was reduced to £1 and “because I had a £1 off coupon, they gave me it for free”.

Next, Shelford would use ‘overage’, where a coupon was worth more than the items. “I know I’d have £5 overage and use that to buy things like meat and vegetables: things that weren’t generally on offer.”

Coupons can only go so far, however, Shelford warns: “if it’s not something you’re going to buy, don’t buy it, because it’s a waste of money.”

Get in touch with companies

“I’d write to the company or email them, saying “this is what I like about it”, or “this is an issue I found.

“Nine times out of 10, these companies would write back and say ‘thanks so much for your feedback; here are some coupons’, or they’d send a box through.”

Highlights included a box of chocolate chip brioche rolls – a favourite of Shelford’s daughter – and, for the adults, a case of Henry Westons cider, after they complained about a dangerous bottle defect to the company.

Contacting companies on social media is relatively easy and you can often find a feedback postal address on the packaging.

“If you like the product, drop them an email”, says Shelford. “Manufacturers want to hear from consumers.”

Don't forget to shop with a cashback credit card

Taking product feedback to the next level, Shelford signed up to test products.

Product testing sites include Buzz Agent and Tesco Home Panels and although it doesn’t work for everyone – including loveMONEY’s own writer – it can be a way to get interesting products for free.

“I had Compeed blister plasters; I had dry shampoo; I had perfume; I had wax removal, but also Tesco fresh meat, fish, vegetables”, recalls Shelford.

Many of these freebies ended up stacked in Shelford’s wardrobe, but some needed more space.

Some of her greatest bargains were found in the clearance section of Shelford’s local Tesco Express, on the way to her daughter’s nursery.

“I used to come away with so much food some nights it was crazy, so I’d end up paying 20p for a pack of crumpets; 10p for a loaf of bread; chicken breasts for 60p and broccoli for 5p.”

“When it’s that cheap, and you know it’ll last for a bit longer if you just freeze it that day, it was just a no-brainer.”

Having two freezers and two fridges meant that Shelford could stock up, so on days where the clearance section was empty weren’t a problem. Even small supermarkets usually have a clearance section and heavily discount items in the early evening.

Holding her nerve, and shopping clearance items, helped Shelford nab a bargain on what is traditionally the most expensive meal of the year.

“I managed to do a whole Christmas roast dinner and it came to under a fiver for the four of us…the most expensive thing was stuffing, at 50p.”

Inspired by Sam Shelford’s story? Please add your own money-saving tips and experiences in the comments section below.