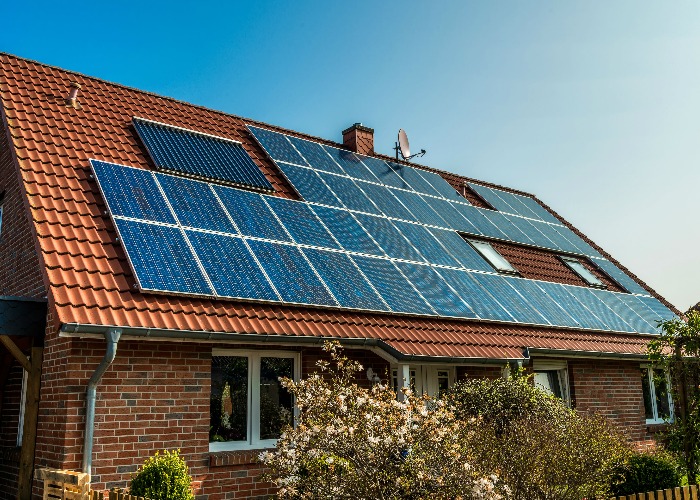 Homeowners have been sold renewable energy loans that end up costing far more than expected. If you’re one of them, here are your options.

Increasing the value of your home, with no cash required upfront and promises of monthly savings on your energy bill seems too good to be true.

Unfortunately, for a number of customers that was exactly the case.

The Financial Ombudsman Service has highlighted the dangers of being mis-sold solar panels on credit.

One ‘Mr L’ was promised that the solar panels would be “better than free”, on the basis that the savings on his energy bill would outweigh the cost of loan repayments.

“When we look into these complaints, we often find evidence of pressure sales techniques and misleading sales literature or representations by the salesperson”, explained the Ombudsman.

The feed-in tariff – the price that you get paid for putting electricity back into the system – was slashed in 2016 making the financial argument for solar panels on credit more difficult to justify.

Similar complaints have also been received for customers who took out loans under the Government-backed Green Deal Initiative, for which loans are attached to the property, rather than the borrowers, and thus can reduce house prices.

If you’ve been missold solar panels on credit, you have several options – or, if you’re a Green Deal customer, skip to the bottom of the page.

Don’t use a claims management company

We say this for a huge variety of problems, from mis-sold PPI to cancelled flights and there’s absolutely no need to use a claims management service for solar panels either.

Instead, start by complaining directly to the company who sold you the panels.

Documentation that proves you were provided with inaccurate information by the seller can be particularly useful here.

Don’t be fobbed off with a small reduction in repayments – in the abovementioned ‘Mr L’ case, the Ombudsman forced the company to change payments so they didn’t exceed energy bill savings.

If the company doesn’t respond, you can use this dispute resolution service, if your provider is signed up to the Renewable Energy Consumer Code (RECC).

You’ll need to pay a fee of £100 + VAT to the RECC, although this is refundable if you win.

Keep in mind that the RECC’s decision is binding, so if you don’t like the result you won’t be able to go to court.

Another equivalent scheme is the Home Insulation and Energy Systems scheme (HIES), which unlike the RECC provides free dispute resolution.

Also look out for the Energy Performance Validation scheme (EPVS), which allows you to check the accuracy of quotes from providers.

Talk to your credit provider

If you used a credit card to pay for your solar panels or used finance arranged by the solar company, this could be an option.

Section 75 of the Consumer Credit Act makes the credit company liable if something’s wrong with a purchase on credit.

That means you won’t be able to go down this route if you used a debit card or the price of the solar panels was more than £30,000.

Read more about Section 75 and what it covers here.

Go to the Ombudsman

If the credit provider hasn’t responded to you within eight weeks, got to the Financial Ombudsman Service (FOS).

Make sure you go directly to their website to avoid unscrupulous claims management companies: using the FOS shouldn’t cost you a penny.

If you took out a loan with the Government’s Green Deal scheme, which closed in 2015, the process of complaining is slightly different.

Under the Green Deal’s own rules, you should only have to make repayments equal to the savings on your energy bill.

Also, consider the Financial Ombudsman Service and Energy Ombudsman; again, there’s no need to use a claims management company.

Getting solar panels is just one way to cut your energy bill; our guide includes several easier and cheaper options.