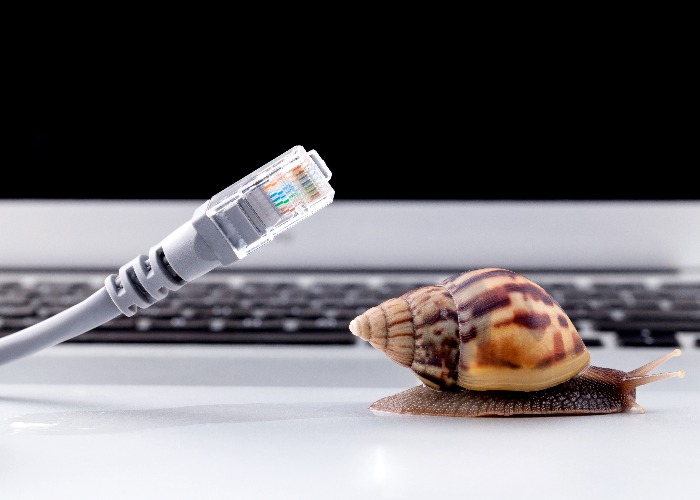 The rules on how internet providers can advertise their broadband speeds have changed from today. Here’s everything you need to know.

Many of you won’t be surprised to read that we generally don’t get anything like the broadband speed our internet providers said we'd get.

In fact, research by consumer champions Which? found that many of us get just half the broadband speed we're paying for.

Customers on a 38Mbps service get average speeds of just 19Mbps the consumer group found from 235,000 people inputting data into its broadband speed checker tool.

Worse still, customers forking out extra for super-fast broadband that promises speeds of up to 200Mbps, get an average of just 52Mbps.

But that's set to change: well, the speed you get may not change but the speed you are promised will, thanks to new advertising rules that came into force today.

What are the new rules?

From 23 May broadband providers are not allowed to advertise ‘up to’ speeds unless at least half of their customers get that top speed at peak times.

Prior to this, only 10% of their customers had to get the top speed for them to be able to lead with that speed on an advert.

“This change in the rules is good news for customers who have been continuously let down by unrealistic adverts and broadband speeds that won’t ever live up to expectations,” says Alex Neill, managing director of home services at Which?.

Who will enforce the rules?

The speed claims must be available to at least 50% of a provider’s customers between 8pm and 10pm and advertised as ‘average’ speeds.

“From today, consumers will see a difference in broadband ads that make claims about speed as this new, tougher, standard is enforced,” says ASA chief executive Guy Parker.

“We’ll be making sure consumers aren’t misled by speed claims in ads, not least because choosing the right broadband deal has become such an important part of running a household or business.”

Is anything else changing?

Yes. If you aren’t happy with the broadband speed you are getting it is now also easier to leave your deal.

Is my internet going to get faster?

Probably not. Broadband providers aren’t being forced to give you faster internet, they just have to change the speeds they advertise.

But, it could mean they make more of an effort to deliver top speeds to more customers so that they can advertise those faster speeds.

The best and worst broadband providers

Will shopping around for the best deal be easier?

Sadly not. Comparison firms have complained that it is still difficult for people to compare speeds accurately.

“While this move goes some way to help reduce dissatisfaction, what broadband users really need is the ability to easily figure out what speeds they can get at their own home,” says Ewan Taylor-Gibson, broadband commentator at uSwitch.com.

“Until the industry starts to offer property specific broadband speeds earlier in the purchasing journey – such as at the point of comparison – we still risk many consumers being left confused and disappointed.”

This view is echoed by another comparison site, Broadbandchoices.co.uk, which wants people to be able to see average speeds in their postcode.

“It’s vital that providers continue to give you an indication of the actual line speed you specifically will get before you’ve signed any contracts and to be vigilant to ensure you are getting what you expect.”

You can check the speed you are actually getting using a speed tester available at comparison sites such as Broadbandchoices and Which.

Which is more important, speed or price?

That is entirely up to you.

Many people don’t mind waiting a little longer for downloads or pages to load if it means they can save money. Others, perhaps those that work from home or are shopping for internet for their business, will happily pay more if it means things run faster.

As Broadbandchoices.co.uk explains: "We predict [the new rules] will separate broadband shoppers into two camps: the price led customers and those who are speed conscious.

"Speed conscious customers, presented with the options, may choose to pay a little bit more to get a better quality connection, and conversely, price-sensitive customers will sacrifice speed to save a few pounds."

However, the site cautions against focusing too heavily on price.

"Fibre optic broadband, for example, is faster and more reliable than standard ADSL broadband, so speeds are likely to be closer to what you’d expect to see and will offer a more consistent experience to meet the needs of an average connected home."