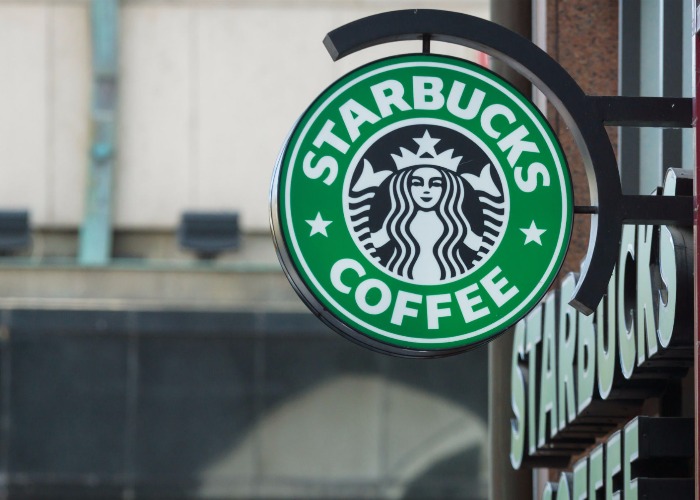 Starbucks fans can now get 50% off food in some shops an hour before closing. But where else can you bag a cheap dinner?

Starbucks hit the headlines recently when it announced it would be slashing food prices at 350 locations across the UK one hour before closing. All the money raised will be donated to Action Against Hunger.

For the time being the offer is only available in company-owned shops (not in franchises), so it's limited to around 350 from the 800 or so Starbucks outlets in the UK.

If you like the idea of scoring a half-price meal on your way home from work, there are plenty of other options around the country, from supermarkets to upmarket sushi. We’ve rounded up the best deals here.

Though offers vary from supermarket to supermarket, it is pretty much guaranteed that you’ll grab a bargain or two if you do your shop around closing time.

Fresh food and ready meals tend to see the biggest reductions, with prices for products like loaves of bread being slashed by as much as 75%.

Usually discounted food is the stuff closest to its sell-by date, but if you’re just after an easy supper, that can be just the ticket.

Different shops tend to discount at different times, with most starting with 25% off deals around lunchtime – though the Co-op and Tesco put out discounted stuff pretty much from opening. For half-off or better wait until after 5pm, with the really juicy 75% discounts usually coming on an hour or two before closing.

For most supermarkets the reductions are about preventing waste: “Our shops work hard to make sure there is no food waste and we have a policy of sending no food to landfill,” a Waitrose spokesperson told loveMONEY.

“What this means in practice is that our shops each make decisions about when and how much to reduce food by based on their own customers and locations - also things like the weather.”

For more on how to save on your grocery bill, check out our guide: Cheap groceries: cut your food and drink bill with these tips and tricks

Earn cashback on your grocery shopping with these credit cards

Like regular supermarkets, food halls in posh department stores also want to sell as much of their perishable stock before closing as possible.

Shops like Marks & Spencer, John Lewis and even Harrods slash prices the closer it gets to closing time.

These shops aren’t cheap in regular hours, but by heading down around closing time you can snag some posh nosh for up to 50% off.

The Harrods food hall, for example, reduces items by 25% earlier in the day, but two hours before closing raises reductions to 50%, and that applies to most products including smoked salmon and even caviar!

Marks & Spencer often start to reduce prices at the start of the day, but after lunch and towards the end of the day is when reductions really get tasty. After 5pm it’s even possible to bag tasty treats knocked off by as much as 90%.

Like with supermarkets, there is no rule set in stone about what will be reduced when, but the reductions are significant enough to warrant a trip to the shops.

Londoners will be familiar with Itsu’s 50% off reductions, half an hour before closing time. The popular sushi chain sells all the stock they have left in store for half price every day before closing.

Though most of the shops are in London, Itsu has branched out to Oxford, Cambridge and other south-east locations.

The chain has just raised a lot of money from investors though and will be opening 10 new locations up and down the country in the next couple of years, so keep your eyes peeled for some sweet deals.

Other sushi chains like Abokado also offer deals. In this case, the chain offers one-third off all the remaining stock after 5pm. However, it’s a London-only chain.

Similarly, healthy food purveyors Pod (London only) offer 50% off all fresh food one hour before closing.

Though it is not official company policy, some Boots outlets will drastically reduce the price of sandwiches and salads close to closing time. If you time if right you could bag yourself a sandwich for as little as 50p.

As we mentioned earlier, over 350 Starbucks shops cut their food prices by 50% one hour before closing, with all the profits raised going to charity. A full list of the stores participating in the scheme is available here.

Earn cashback on your grocery shopping with these credit cards

Look for shops that close over the weekend

Shops that close for the weekend often offer the biggest discounts on fresh food on Friday nights, to reduce the amount of food they waste Saturday and Sunday.

Think of the supermarkets and M&S shops close to the business areas in your town, and those are likely to shut when the office workers aren’t around. Then head down on Friday night and have your fill.

The Too Good to Go mobile phone app connects hungry diners with surplus food in their local shops and restaurants. Its aim is to reduce food waste, but the huge savings are also a draw.

Just log on when you're hungry and check what's on offer in your area, then just click and collect. Prices are between £2 and £3.80 and they are present in 10 UK towns and cities.

Approved Food is an online supermarket that sells groceries that are close to or just past their sell-by date. Don’t worry, everything is safe for consumption, and the discounts are phenomenal – plenty of 5 for £1 offers and more.

Where do you go to grab a bargain dinner in your area? Share your tips in the comments below!