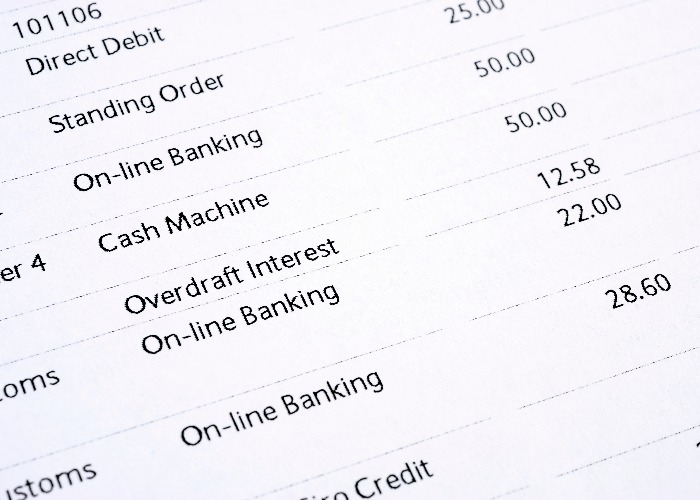 In its review of the high-cost credit market, which includes payday loans, the watchdog has called for ‘fundamental changes’ in the way borrowers are allowed to and charged for accidentally slipping into the red.

Andrew Bailey, Chief Executive of the FCA, has been a long-term critic of ‘free-if-in-credit’ banking and has publicly called free banking a ‘dangerous myth’.

Banks make around £9 billion a year from current accounts. As well as charging huge overdraft fees, the accounts collect deposits on which they pay little or no interest.

It’s anticipated that the crackdown on overdraft fees will kickstart wider reform on how banks make profits, which could mean we all end up paying for banking services.

The problem with overdrafts

In its review of the high-cost credit market, the FCA was satisfied with the how the payday loan cap introduced in 2015 was working.

It found that 760,000 payday loan borrowers saved a total of £150 million per year and are now much less likely to fall into debt or default on the loan.

As things stand, current account providers do not have to carry out a credit worthiness assessment before giving a customer an unarranged overdraft and the FCA is concerned that banks are handing out high-cost credit to borrowers who would not meet the affordability requirements of other lenders.

It found unarranged overdrafts are in many cases more expensive than other forms of high-cost short term loans and many borrowers don’t understand the cost and in some cases, don’t realise they have even used one.

Bailey commented: “High-cost credit products remain a key focus for us because of the risks they pose to potentially vulnerable customers.

“We are pleased to see clear evidence of improvement in the payday lending market after a period when firms’ treatment of customers and their business models were often unacceptable.

“However, there is more that we can do, and this review is about identifying the areas where consumers may be suffering harm so that we can focus our efforts accordingly.

“In particular, the nature and extent of the problems that we have found with unarranged overdrafts mean that maintaining the status quo is not an option.

We are now working to resolve these issues while preserving the parts of the market that consumers find useful.”

What action has already been taken?

A crackdown on unarranged overdraft fees is already in motion.

Last year the Competition and Markets Authority ordered banks to introduce a maximum monthly charge for unarranged overdrafts by September 2017.

As a result, lots of banks have started to make changes.

RBS and NatWest have capped fees at £80 and TSB plans to do the same by 2 August.

Going forward the FCA says it will consult on proposals concerning both overdrafts and other forms of high-cost credit by Spring 2018.

How to get an interest-free loan