More than half a million people in the UK are currently swapping their skills with one another.

Joining a skills exchange (also known as Timebanks and Local Exchange Trading Schemes) means you can swap a few hours of your time – doing something you’re good at - for services you would otherwise have to pay hundreds of pounds a year for.

It can save you a small fortune, but those who use the exchanges say it can be even more rewarding than that.

The idea is to bring people together into a group. Each member of the group has certain skills and services they can offer, and each one has needs they hope can be met by other members.

The modern version usually works on a time basis, so that one hour of everyone’s time is worth exactly the same amount.

I’m not sure I have the right skills

It’s easy to assume you have nothing to offer in exchange, or nothing you need from it, but you’d be surprised.

Karina Wells, a retiree living in Cambridge, set up the West Bridgford Skills exchange when she lived in Nottingham, and has established the Cambridge Skills Exchange, after moving to the city.

She says: “When you talk to people about an exchange, they usually say ‘I don’t have any skills’, but it’s hard to be a human being and have no skills, so we sit down and have a chat, and we end up with a long list of things they can share with the group.”

You’d be surprised at the skills other people need help with too.

A survey done a few years ago found that millions of people have never learned the basics of DIY.

Some 45% of people under the age of 45 cannot put up shelves and 63% don’t know how to hang wallpaper, according to Halifax Home Insurance.

It’s not just improvements where they fall short either: 54% don’t know how to bleed a radiator, and 36% claim they’re clueless about gardening too.

Wells says that in her experience, the hands-on skills are the ones in most demand, including things like plumbing and carpentry, assembling flatpack furniture and doing odd jobs - but there’s a need for all kinds of things.

The money you can save by giving a few hours of your time makes skills exchanges worth considering, but swapping skills can be about much more than just trading labour.

Wells says that for her, the social side of a skills exchange has always been the most important aspect. She explains: “The emphasis is on building a community, and empowering people to do things they are good at.”

Each person who gets involved in a skills exchange will get something different from it. When Wells set up her exchange in West Bridgford, she says a plumber decided to join the group as a marketing opportunity.

People would ask for small jobs like fixing a dripping tap or mending a leaky pipe.

When he did a good job of that, he would be their first call when it came to larger, paying jobs, and they would start to recommend him to their friends.

She says that through word of mouth, he not only got enough work to stop him having to advertise anywhere else, but it was all local work, which drastically cut down the time he was travelling from job to job. 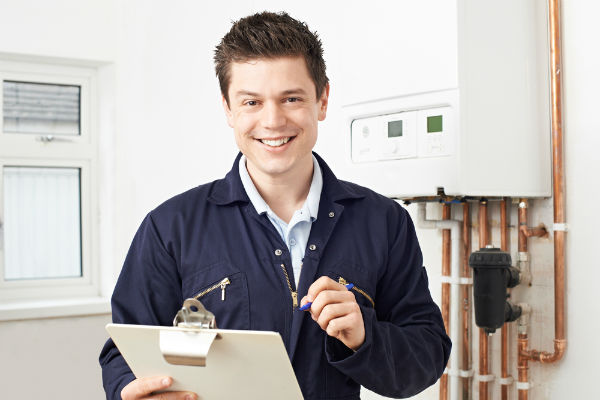 Another member of the group, meanwhile, was an accountant on maternity leave.

The plumber swapped his tokens for help doing his books, and she used the tokens to build a local support network, getting help cleaning the house, babysitting, and cooking for her new baby.

By getting to know the people who helped out with each task, it helped build her network.

Being part of a skills network is also good for members’ wellbeing. Time Bank Plus in South West Bath, for example, runs a café for the over 50s.

One member decided to earn credits in the time bank by volunteering in the café for a couple of hours a week.

She suffers from depression and found the work helped enormously in her rehabilitation – so much so that she was able to reduce her medication.

The health benefits mean that, in some cases Government, agencies are prepared to help establish time banking groups – which are skills exchanges focused on social care.

It hasn’t escaped their notice that these time banks can then step in to plug gaps in public services hit by cuts too.

So, for example, Time Bank Plus has an arrangement with a local school, providing volunteers to run a gardening club for the children.

In return, the school provides access to the premises after school hours to run cookery and craft activities.

If you want to take advantage of a group, you can check whether there’s one in your local area already. There’s a ‘find my nearest’ tool on the Timebanking website, which is a useful place to start.

Alternatively, you can try the directory of Local Exchange Trading Schemes online.

Failing that, Wells says people shouldn’t be afraid to start a group of their own. All you need is 12-20 people, who can either be drawn from local friends, or by advertising on local message boards or websites.

She says: “There are a few things that you need in order to make it work.

People have to be comfortable that an hour of their time is equal to an hour of someone else’s. It doesn’t matter if they are a solicitor and they are swapping with a gardener, their hours are worth the same.”

She said it’s also useful to have as much diversity within the group as possible, so everyone brings something different, and it’s helpful if they live in close enough proximity to make swapping straightforward.

Once you have your group, it’s important to set up communications through a Google group or Facebook group, and establish how you will keep track of the credits you have built up – whether that’s through physical tokens or electronic records.

Once you have a successful group, the sky’s the limit. Wells’ West Bridgford group has a booming social side – with a pub quiz team and a book group.

Time Bank Plus, meanwhile, runs the café for the over 50s, DIY lessons and an art club. It also enables people to donate their tokens to more vulnerable people in the community.

It seems that joining a skills exchange won’t just save you money: it can bring enormous, less tangible, benefits too.

They don’t just mean you can get your fence mended for the price of taking someone’s dog for a walk, they also value every member equally, boost wellbeing, play a vital role in helping society’s most vulnerable.

More clever ways to make and save money:

How I went a year without spending

7 smart swaps that will save you hundreds