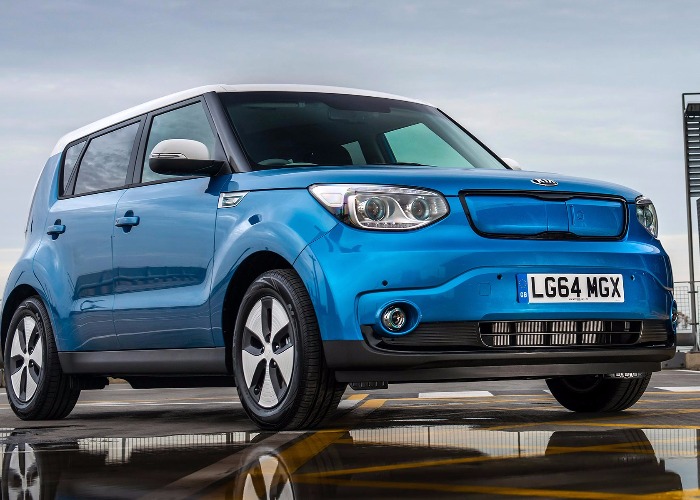 Is this the year to go electric? Here are 10 great cars from Motoring Research to replace your diesel or petrol car

As concerns over city centre emissions grow, and the threat of penalties for combustion engines increases (diesel cars are particularly vulnerable here), many are now looking at electric vehicles (EVs) in a new light.

So, is this the year to go electric?

Of course, traditionally, high-tech electric cars have not been cheap. Enter the government’s Plug-in-Car Grant.

On electric cars with a range of at least 70 miles, this is worth £4,500 off the recommended retail price (the prices listed here are all pre-Plug-in Car Grant).

Incremental improvements in battery technology are stretching the range enough to make them a genuine option for most people.

In the early days of EVs, you’d struggle to get 100 miles from a full charge.

Now, you can get well over 150 miles from some models, and one real-world choice now claims a 250-mile range. The compromise-free EV is almost here.

In such a fast-growing sector, which are the models you should be looking at? Here, we’ve picked out 10 of the most significant EVs on the market.

All have their zero-emissions strengths, but some are better than others – particularly when you factor in range and price.

Here, we’re looking at the pure electric Ioniq, which is priced from an affordable £28,995. The claimed range is up to 174 miles, which is more than the class-leading Nissan Leaf.

The Renault Zoe is a supermini electric car that’s both brilliant and badly flawed in equal measure.

The brilliant bit is the stupendous range of this Z.E.40 model – a new 41kWh battery has stretched it to a Tesla-like 250 miles.

But then, Renault has long eradicated the consumer appeal of this with its silly battery hire scheme, meaning you have to fork out £70 a month on top of the list price (or finance cost).

The first mass-market electric car on sale in Britain is getting on a bit these days, but is a deservedly familiar sight. It was enhanced a little while ago with a larger-capacity 30kWh battery, taking the range up to 155 miles.

That’s an improvement on the old 24kWh car, and will give existing owners a nice upgrade come trade-in time. It’s also built in Britain, for patriotic appeal.

These days, it’s not the class-leader in terms of range or ability, but it’s still competitive.

The ultra-clever BMW i3 looks like nothing else, is made from lightweight carbon fibre and is a Tardis-like car that still drives like a real BMW.

Trouble is, it’s perhaps a bit too quirky for some; what works in trendy parts of London might not quite be so appealing in rural Dorset.

This 2017 model does have a big new battery, though – taking the range up to nearly 200 miles.

And the car’s clever engineering means you stand a decent chance of achieving that, too.

There’s a facelifted Volkswagen e-Golf coming soon, but we’re still recommending this one if you’re able to strike a sharp deal with a retailer.

It doesn’t have the biggest battery or the largest range in the family class, but it’s still a Golf, and that counts for a lot.

It’s nice to drive and will always sell on for decent money. A few thousand pounds off will solve the issue of that list price, too...

The quirky Kia Soul EV is an electric car that’s a bit different. Probably too different for many, but early adopters who like to stand out might love it.

The range is decent and it’s extremely practical inside for five, while a fulsome level of standard kit means you shouldn’t feel short-changed by the sub-£30k list price.

We have to include the mighty Tesla Model S here, despite even the basic car costing a whopping £65,000.

That’s because it’s a genuine luxury machine that’s shaken up the electric car market ever since its launch.

The range is long, performance is stupendous and the interior, dominated by that famous touchscreen, is superb.

Volkswagen has recently facelifted the little e-Up. Frankly, while able, it’s a bit too expensive for what it is: a tiny city car with a sub-100-mile range.

The Plug-in Car Grant helps, but it’s still more than £20k – you can get a petrol-engined Up for less than £10k.

Despite this, it’s a likeable and able car that drives well and serves as a nice introduction to electric motoring.

One of the cheapest cars on sale in Britain is also a fully-electric one.

The Twizy is rather compromised, of course: it’s a quadricycle, so doesn’t meet the same standards of refinement (or, as Euro NCAP has pointed out, crash safety) as a normal car.

The range is also just 62 miles, and it’s so slow, it can’t even clock a 0-60mph time because it can’t actually reach 60mph.

Still, for those who want a cheap electric car runabout they can park anywhere, it’s perhaps worth a look.

One of the freshest EVs on the UK new car market is the soon-to-be-launched Smart ed range.

Because we don’t yet have prices, we can’t yet fully judge its competitiveness – but the range is looking OK for a city car and the manoeuvrability of the Fortwo two-seater is peerless.

There’s now even a Forfour ed for those who need a city-friendly five-door four-seater.

Slowest-depreciating cars on the road