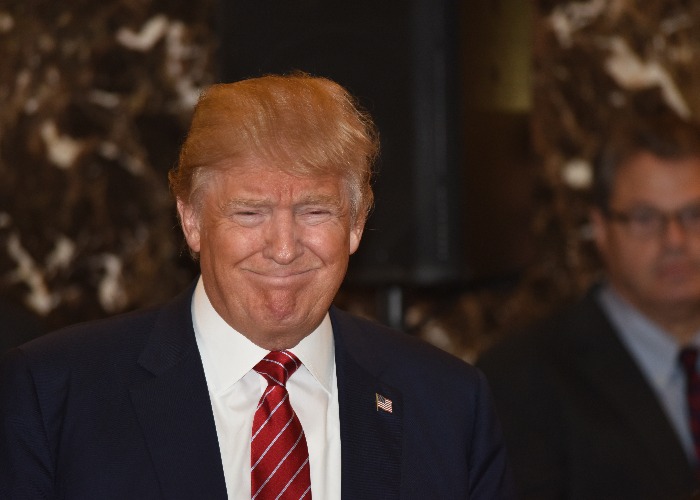 We roundup the major changes that will have an effect on your money this year.

It would be something of an understatement to say that 2016 was an eventful 12 months.

However, there is little sign that 2017 will be any less newsworthy. What’s more, there are plenty of events on the horizon that could have a significant effect on your finances.

January will see Donald Trump sworn in as the 45th President of the United States of America. There’s a sentence I never thought I’d write…

If we are honest, nobody really knows what The Donald will be like as President, least of all the man himself. But the decisions he makes in the Oval Office will have an effect around the world, and the UK particularly.

We export around £30 billion of goods and services to the US each year, so it’s a significant market for us, It’s important for our own economy that President Trump doesn’t adopt a protectionist attitude towards trade.

Thankfully the President-elect has been rather more positive about dealing with a post-Brexit Britain than Barack “Back of the queue” Obama, but only time will tell what we actually end up with.

Speaking of Brexit, the UK has the small matter of extricating itself from the EU to get on with, with Article 50 - which will formally trigger the process - due to take place in March.

Before the vote, the warnings of what Brexit would mean for the economy were dire. And in the hours after the result, it looked pretty scary, with the value of the pound dropping off a cliff.

It still isn’t in the rudest of shapes, but on the whole the economy has fared reasonably since the referendum result.

Of course, we haven’t actually left the EU yet, so there’s still the potential for it all to go horribly wrong if we don’t work out what “Brexit means Brexit” actually means.

Former Chancellor George Osborne’s big revamp of Vehicle Excise Duty (VED) comes into force in April 2017, and it will make some cars more expensive to run.

There will basically be three tiers of tax. Zero emission vehicles like electric cars won’t pay any VED, while a standard premium of £140 will apply to all other cars. However, the first-year rate that you will have to pay is decided on a sliding scale based on how polluting the car is, starting at £10.

The Government’s tax-free childcare scheme will finally launch in early 2017, having already suffered from delays. It replaces the childcare voucher scheme, and will offer working families 20% support towards eligible childcare costs.

The Government will pay in a maximum of £500 per child every three months, rising to £1,000 if the child has a disability. These payments will be managed via an online childcare account, managed by NS&I.

Landlords will take a hit in the wallet in 2017, as the Government will begin to taper the mortgage interest tax relief available, eventually hitting 20% in 2020.

For more read Buy-to-let clampdown: what tax changes will mean for investors.

If you work for a small employer with fewer than 30 employees, there’s a good chance that next year will see your employer opening a workplace pension on your behalf, with a number of ‘staging dates’ set for the first few months of 2017.

Also known as auto-enrolment, the scheme is designed to get us all saving more for retirement, and forces employers to contribute alongside you and the Government.

For more, read Workplace pensions: what it means for you.

The Lifetime ISA launches in April 2017, alongside the ISA allowance jumping to £20,000 per year.

It offers a 25% bonus from the Government on your savings, which are limited to £4,000 per year.

Check out Lifetime ISA: what it is and how it works for more.

The massive roaming charges holidaymakers are hit with for using their phones while abroad will be scrapped entirely from June 2017.

Monthly call allowances will apply across the EU as if the caller was in their home country.

loveMONEY awards: have your say and you could win a £100 voucher!

How to turn your hobby into your career