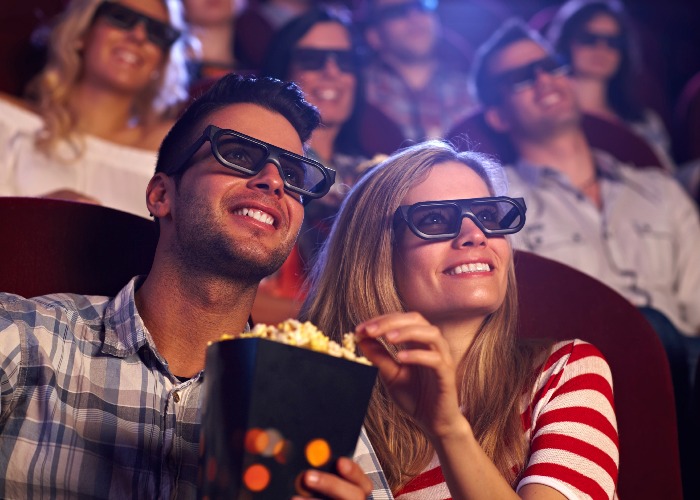 Going to the movies is enjoyed around the UK, but if you want it cheap, you should probably move to Cardiff.

A trip to the cinema could be four times more expensive depending on where you live, with some having to pay as much as £12 more for the same ticket.

A study by money-saving website Voucherbox.co.uk compared the cost of a standard 2D ticket in Vue, Odeon and Cineworld chains on the same day and time in nine cities across the UK.

The research was centred around the cost of seeing the upcoming blockbuster X-Men: Apocalypse in its opening week and found huge price differences across the country and even within the same chain.

The cheapest and most expensive cinemas

An adult ticket at Vue Cardiff Stadium Plaza will only cost you £4, making it the cheapest on the list; but London’s sister cinema in Leicester Square would set you back a painful £15.99 – almost 300% more for the same film.

The most expensive place outside of London to buy an adult ticket is Manchester, which costs £12 - three times more than the Welsh capital.

Student, child or senior deals and offers can help cinema goers with tickets in some locations, but some have no discounts at all.

In fact, tickets for the already cheap Vue in Cardiff are all equally priced, regardless of the type of ticket, whilst student tickets at Cineworld in Cardiff are 62% cheaper than an adult ticket.

Chains in the same location

Depending on which chain you choose to go to, an adult ticket within Bristol can see a 63% increase and a 61% rise in Edinburgh, but the seemingly cheap Cardiff can see a whopping increase of 143%.

In the capital, a five-minute walk from Leicester Square to Covent Garden you see your ticket price increase by 39%.

Is it worth getting a cinema loyalty card to save money?

With family ticket offers there are savings to be made, but again this can vary drastically in the same location.

Shane Forster, Voucherbox.co.uk UK Country Manager said: “The cinema is no longer regarded as a cheap evening out. Whilst some variation in costs across the UK is to be expected, consumers don’t expect a 300% increase – this is not comparative to the cost of living.

“The key is to check before you head out of the door, and see if there are any deals by purchasing tickets beforehand online, bearing in mind booking fees and additional expense when you arrive, such as snacks, 3D viewings and seat upgrades.”

If you visit the cinema often, you should also consider taking advantage of ComparetheMarket.com’s two-for-one offer of tickets.

Purchase a cheap insurance deal via the comparison website and you can get two-for-one cinema tickets every Tuesday and Wednesday for a year.

For more tips on how to cut the cost of going to the movies read: How to get free and cheap cinema tickets.

Save a little extra with loveMONEY:

Groceries '£400 cheaper thanks to Aldi and Lidl'