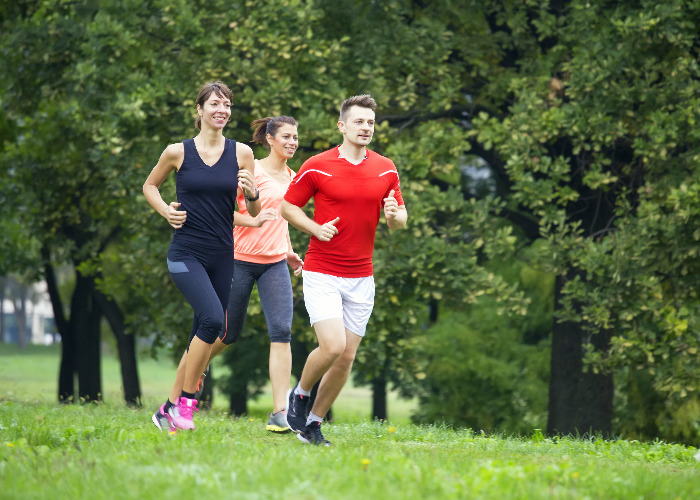 One council plans to charge Parkrun for using the park. Is it right to do so?

There was outrage amongst fitness fans this week when Stoke Gifford parish council in Gloucestershire announced it would start charging Parkrun for holding running events in Little Stoke Park, near Bristol.

Run organisers say the charge will mean the end of the Little Stoke event (the upcoming run has now been cancelled). And the worry for runners is that other councils might decide follow suit.

Gold medal-winning runners Paula Radcliffe and Kelly Holmes joined thousands of people in criticising the parish council's decision, while a petition against the move has reached more than 28,700 signatures. So, should Parkrun pay?

For the uninitiated, Parkrun is a not-for-profit organisation which holds weekly timed 5k runs at parks around the UK.

I’m a big fan of outdoor exercise and, although a poor runner, I’ve done Parkrun in Dulwich Park, south London, a few times. The atmosphere’s great and the runners range from gazelle-like sprinters who whizz round the course in 15 minutes to plodders like me who take twice as long.

Parkrun events are organised by volunteers who organise the route and timing chips for the race. If you’re a regular participant you’re expected to take your turn at volunteering.

However, Parkrun also has a small number of salaried staff at head office and some sponsorship from brands including Fitbit and Intersport.

Stoke Gifford Parish Council should hang their heads in shame. We should be encouraging community health not charging for it #parkrun

The case for paying

Stoke Gifford parish council has given several reasons why it should charge Parkrun for use of the park. The main case surrounds wear and tear on the park. It says it’s recently paid £55,000 to resurface the car park, while the path will soon need to be replaced at a cost of £60,000.

It says up to 300 runners turn up each week and “monopolise” the park for two hours, blocking paths, using toilets, and parking their cars. It originally wanted to charge £1 per runner per run but later amended proposals to an unspecified “financial contribution”. Parkrun says the run attracts an average of 186 people a week with an average 5k time of 27 minutes.

The council says it would be unfair to expect local residents to pay, via their Council Tax, for the extra maintenance needed due to Parkrun participants. Especially, it points out, as the event is organised by a group with "paid directors, fundraisers and sponsors".

Discussions have been going on between the parish council and Parkrun for several months but it was only this week councillors voted on the issue. It was a close vote with six to four councillors in favour of introducing the charge.

Parkrun accepted the run has a significant impact on the park, but said volunteers were prepared to undertake maintenance activities or litter picks to offset this.

The case against a Parkrun fee

Like many others, I’m against Parkrun participants being charged. Parkrun’s chief operating officer Tom Williams summed it up when he said: “As a nation we must make a decision about whether we want to be healthier or not. The costs to all of us of inactivity and poor health are immense. Parkrun has had enormous success at bringing communities together and promoting physical activity in safe and welcoming social environments.”

He’s spot on about the welcoming environment. I’m not in bad shape but would bulk at the idea of joining a proper running club: how would I keep up? At Parkrun the emphasis is on taking part, not keeping pace with everyone else. And then most people go to the nearest café afterwards – so supporting local businesses.

And while the council might argue that runners “monopolise” the park, well so do other demographics.

Runners pay their council tax like everyone else. Why should they have to pay again to use council facilities? What’s next? Will there be a charge for kids to use the swings or dogs to be walked? I don’t have children or a dog but, as a taxpayer, I don’t object to paying for facilities for them.

Admittedly, other groups such as boot camps and football teams pay councils to use parks. Stoke Gifford parish council, for example, charges football teams £60 to hire a pitch.

But I think there’s a crucial difference: these other activities are only available to a small group of people – members of the organisation or sports club. Parkrun, on the other hand, is open to all. And so it should be.

I’m firmly in the free running camp. Let us know what you think by voting in our poll and sharing your thoughts in the comments section below.