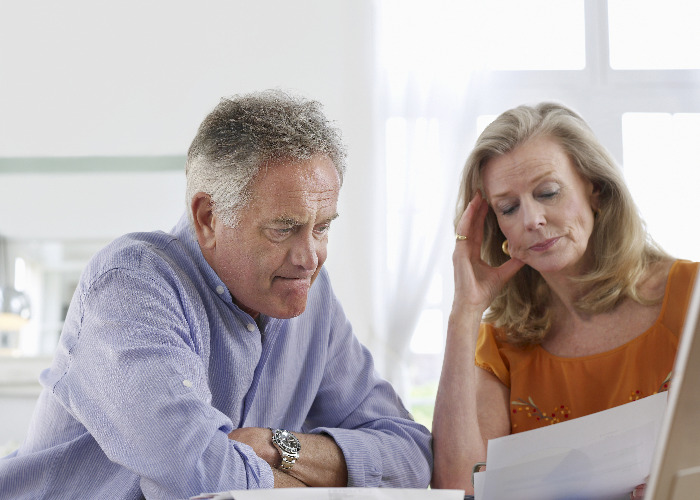 Some 70,000 people in their fifties and sixties are on course to miss out on the new State Pension between now and 2030, according to Age UK.

The charity is warning as many as 50,000 women and 20,000 men don’t meet the qualifying criteria for the new system and have no idea how they will be affected by the changes due to come into force next month.

Currently there is no minimum qualifying period for National Insurance contributions or credits in order to receive a State Pension from the Government, so even those with just a couple of years of contributions are entitled to receive something.

However, under the new rules, people that have less than 10 qualifying years of contributions or credits will not receive any State Pension at all.

But the amount you get can be higher or lower depending on your National Insurance record.

Those that have less will get a proportionally smaller amount, while those with under 10 years will get nothing at all.

The current State Pension will remain in place for those already claiming it and those who reach State Pension age before 6th April 2016 (even if you have chosen to defer when you claimed your money).

Age UK’s Charity Director, Caroline Abrahams, said: "Big changes are about to come in to simplify the State Pension system, yet we know that many people in their fifties and sixties are completely unaware of how they will be affected.

"There is evidence suggesting that some people in this age group are so worried about what their finances will be once they retire that they are reluctant to think about it at all, but our strong advice is to take action now to find out exactly where you stand."

What you can do

If you aren’t sure about how the changes will impact you, don’t bury your head in the sand.

If you’re approaching State Pension age you should order a pension statement from the Government’s Future Pension Centre to check how much you are likely to receive.

If it turns out you aren't on course to get the full amount and don’t have enough qualifying years you can make voluntary National Insurance contributions to increase your entitlement. You should also check if you are eligible or were previously eligible for National Insurance credits like Carer’s Credit to boost your total.

Also if you haven't reached State Pension age yet you can continue to work and make contributions.

Find a better rate for your savings

Over half of loveMONEY readers ‘worried’ or ‘terrified’ about pension prospects

From handbags to happy meals: the weird investments that beat the stock market