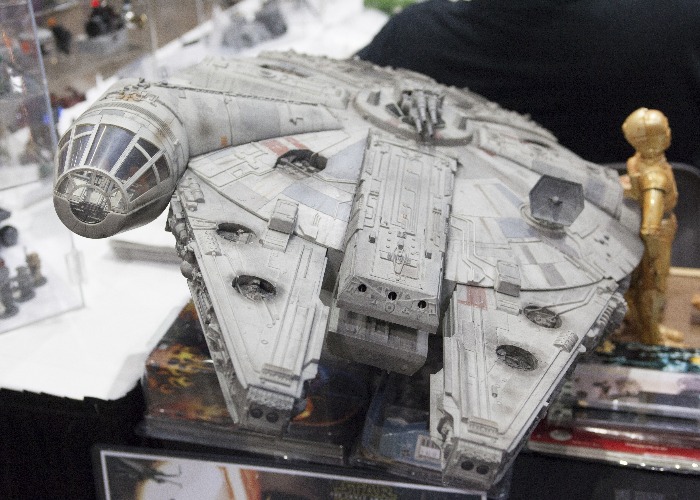 These items may not have seemed like investments at the time, but they could bag you a great return.

Have you ever heard someone talk about an ‘investment handbag’ and just assumed they meant they would use it for a long time? Or perhaps you’ve assumed they were simply justifying spending several hundreds (or sometimes, gulp, thousands) of pounds on something to put their purse and phone in?

Well, it seems we might have been doing them a disservice. A new report from the online seller BagHunter.com shows that over the last 35 years, high-end bags like those from Hermes have increased in value by more than 500%. If you’re wondering, that means they saw an average increase in value that beat the stock market. For example, the value of Hermes Birkin handbags increased by an average of a whopping 14.2% a year!

But is that a fluke, or do some rather random purchases turn out to be the canniest investment their buyer ever made? Here are a few other examples of crazy investments that could do better than stocks and shares…

That’s right, it’s not just good for entertaining small children and causing agonising foot pain. In the past, Lego has actually been a remarkably good investment.

Several analysts have studied the value of Lego and discovered that it has frequently outperformed savings accounts and the stock market. In fact, in the last 15 years, Lego sets have accumulated more value than gold, despite it being such a common toy that there is apparently an average of 86 bricks for every human on the entire planet.

The most recent analysis came from the Telegraph, which found that the average Lego set has increased in value by 12% a year since the turn of the millennium – assuming, of course, that it’s kept in pristine condition.

And some sought-after Lego sets now sell for thousands, even though they were originally sold for less than £100. For example, the ‘Café Corner’ set originally sold in 2007 for £89.99 but is now worth an incredible £2,096. But even used Lego can be worth more than its original price if it’s in demand. Check out the website BrickPicker.com for more information.

So next time you’re buying a set for the children or grandkids, it might be worth popping one in the attic at the same time!

Do you still have your toy box from your childhood? Because it could be doing better than your bank account, especially if you were a fan of a certain trilogy of cult films.

The original Star Wars toys from the 70s and 80s can now sell for thousands of pounds, particularly if they are still in their original wrapping. For example, an original Darth Vader figure still in his wrapping can fetch as much as £3,000 at auction. Don’t worry if you couldn’t help but open them up and play with them at the time, though, because even without their packaging the original toys could fetch you hundreds of pounds.

If you’re eagerly stocking up on merchandise this time, it’s hard to know if it will increase in value in the same way. After all, Star Wars originally broke new ground on merchandising, whereas today it’s even possible to buy Star Wars-branded breakfast cereal, so it may not be quite as exclusive in the future as it used to be.

It’s not just for drinking, honestly. Canny investors are stockpiling the amber nectar in an effort to cash in on its growing global popularity. According to data from the Rare Whisky 101, UK auction sales of rare whisky rose by 35% in the first half of 2015.

However, there’s no point picking up a bottle of Jim Beam and hoping it will one day be worth more; collectors want rare and unusual whiskies with a story behind them. For example, a bottle of 50-year-old Glenfiddich costs £22,850 because it’s simply so rare.

You can even invest in a whisky fund if you’re willing to look to the Hong Kong markets, while WhiskyInvestDirect allows you to invest in individual malts.

We don’t suggest you sink your pension into bulk buying the latest set of MacDonald’s plastic figures (they’re from the recent Peanuts movie, and they’re not that fun) but if you have some then it may be worth hanging onto them.

Parents across the world may have shaken their heads at the remarkable appeal of small plastic toys, but there are collectors who want them, especially if they are the oldest and rarest. For example, back in 2014 a seller sold several bags of the plastic toys for $500.

Okay, not an investment opportunity as such, but definitely worth more than you might think when you’re subtlety chucking them in the bin while your children or grandchildren aren't looking.

Did you know that one of the first 500 hardback copies of Harry Potter And The Philosopher’s Stone sold for £27,370 a decade after the release? OK, it was signed by the author, but that’s not a bad return on the £10.99 it originally cost! Unsigned copies can still go for thousands, even achieving five figures at auction.

And first editions of older, collectible books can go for hundreds of thousands if they are offered to the right sellers.

Of course, plenty of novels are never successful enough to achieve a second print run, so there are no guarantees that books will rocket in value. But lots of investors and collectors now spend time hunting down first editions of novels, confident that there will always be other fans and collectors who are willing to pay big money.

Any investment is a gamble. There are really no certainties when it comes to investing.

Just because the commodities listed here have done well recently, it doesn’t mean they will do so in the future. By all means collect something you believe will amass value, but also because you enjoy owning it. And don’t forget to save some cash as an emergency fund in the meantime!

Is a tax bombshell about to hit YOU?

Get your hands on these juicy bank bribes

Return of the liar loan