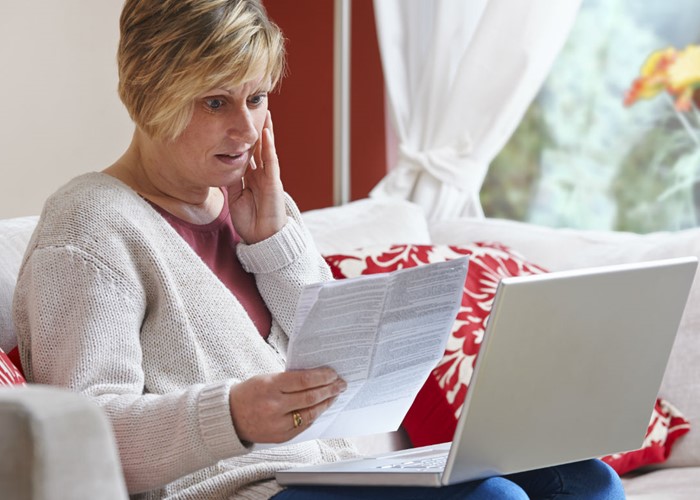 Self-employed aren't saving enough for their retirement, risking their standard of living after work.

New figures from the Office for National Statistics (ONS) have revealed a shocking lack of pension provision among Britain's self-employed workforce.

According to the latest data from the ONS, only 420,000 self-employed workers currently pay into a private pension. This means that only around one in 11 self-employed Brits pays anything at all towards retirement saving, a shockingly low participation rate.

The 'forgotten workers' for pension provision

The number of self-employed Brits has been soaring in recent years. Since 2009, 1.7 million workers have taken up self-employment, around 37% of the current total. Last year, 4.6 million Brits were self-employed; the highest number since records began.

But the terrible levels of pension saving present a huge problem, not just for individual workers, but also welfare problems for the state and future taxpayers.

Part of the problem is that they are excluded from auto-enrolment, the Government's scheme which forces employers to open and then contribute to a pension for their employees. For a full guide to how it works, read Workplace pensions: what it means for you.

Tom McPhail, head of retirement policy at financial firm Hargreaves Lansdown, pulls no punches, warning: "Britain's self-employed are becoming the 'forgotten workers', left behind by the auto-enrolment system. Auto-enrolment is working its magic for millions of employees but, in the meantime, the self-employed have been all but forgotten by policymakers."

He goes on to explain, "The two key elements of auto-enrolment are the default membership of a private pension and the benefit of employer contributions. It may be that the only way to deliver these benefits for the self-employed is through the tax and National Insurance system. Many of these self-employed workers are unused to having to make their own pension provision. Without an employer to help them, they would benefit enormously from some form of government intervention."

Pension provision is easier for employees

Clearly, there is a massive gulf in both pension participation and savings rates between British employees and self-employed workers.

Speaking from experience, I've encountered huge differences in pension provision during my career. During the Nineties and early Noughties, I worked for a string of financial firms, all of which provided me with generous and guaranteed final-salary pension schemes. Obviously, I keep in contact with each scheme's trustees, as these pensions will one day be worth several thousands of pounds a year to me.

However, for the past 10 years, I have worked for myself, first via my own private limited company and, since the summer of 2013, as a self-employed freelancer. It is during this decade that my pension provision became markedly more difficult. Indeed, I've seen first-hand how, without the financial support and contributions offered by employers, pension provision gets a whole lot harder.

Pensions for the self-employed

From my personal experience, the best way to deal with individual pension provision is to be flexible.

When my income has been at its highest, I have elected to put between 15% and 100% of my earned income into pensions. However, when things have been tighter, I have chosen not to contribute to pensions at all. Thankfully, there have been more good years than bad, which allows me to take year-long 'pension holidays' as and when I need to.

Also, I know that retirement saving is not purely about pensions. The UK's second-most popular savings vehicle after pensions is the tax-free ISA, into which British adults can pay in up to £15,240 in this 2015/16 tax year. I know of many self-employed workers that don't pay into pensions, preferring instead to invest in their future via ISAs and other tax-advantaged savings vehicles.

In addition, when paying into my own pension plans, I have looked for private pensions that combine low charges with investment control, freedom and flexibility. I prefer to choose and manage my own investments, which is why my vehicle of choice for retirement saving is a low-cost Self-Invested Personal Pension (SIPP). With no or low penalties for stopping or starting contributions, SIPPs are often the first-choice tax haven for self-employed workers.

Make the most of your new £5k tax break

What are people REALLY doing with their pension pots?