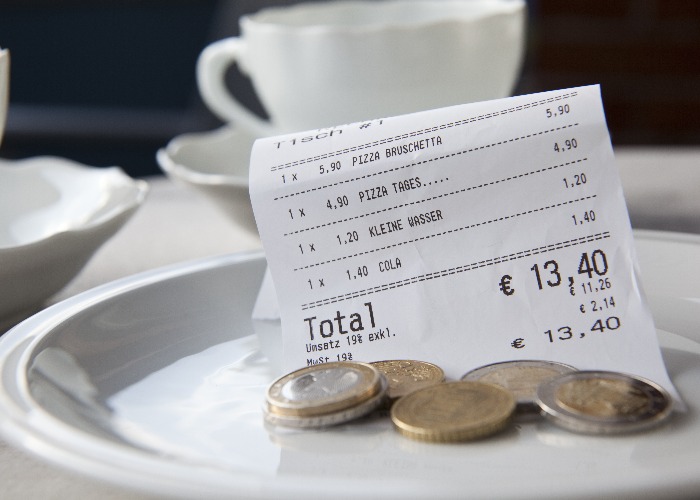 But the British don't perform too well either when it comes to tipping, according to a new study.

Brits may have a reputation as the world’s tightest tippers, but new research from Direct Line Travel Insurance has found that the French actually tip even less than we do.

The survey of bars and restaurants in the world’s top tourist destinations picked out the best and worst nationalities when it comes to tipping, with one in three naming the French as the worst for tipping.

Here are how the three worst nationalities for tipping look according to Direct Line:

The average tip received around the world is 11%. But on average Brits tip just 7%. More than a third of the bars and restaurants surveyed reported that British tourists didn’t tip at all.

“Tipping expectations vary hugely across the globe and reflect different cultures, attitudes and laws,” explained Tom Bishop, head of travel insurance at Direct Line. “Our reserved nature and laws preventing employers using tips to top up salaries mean that there is not an established tipping culture in the UK. Many of us feel awkward and confused when it comes to tipping practices across the world.”

At the opposite end of the scale, over a quarter of those surveyed by Direct Line voted Americans as the world’s most generous tippers, followed by Germans and Russians.

As you can see, Brits actually appear on this table too, so in at least some establishments our tipping habits stand out well.

However, we clearly still have much to learn from American and German tourists.

“To avoid uncomfortable situations and causing offence abroad do your research into the nuances of tipping in the country you are visiting, as practices can vary widely from country to country,” said Bishop. “In Japan, for example, tipping is seen as offensive and considered an insult, but in the USA it is expected.”

Tipping around the world

So just how much should you tip? Here's what the travel money experts at International Currency Exchange reckon:

As for South East Asia, if you are visiting China or Japan don’t tip – it is considered rude. In Hong Kong a service charge of 10-20% is usually already added at hotels. If it isn’t then tip porters around 10 yuan. Finally, unless you are in China or Japan, round up your taxi fares.

How a holiday selfie could invalidate your insurance