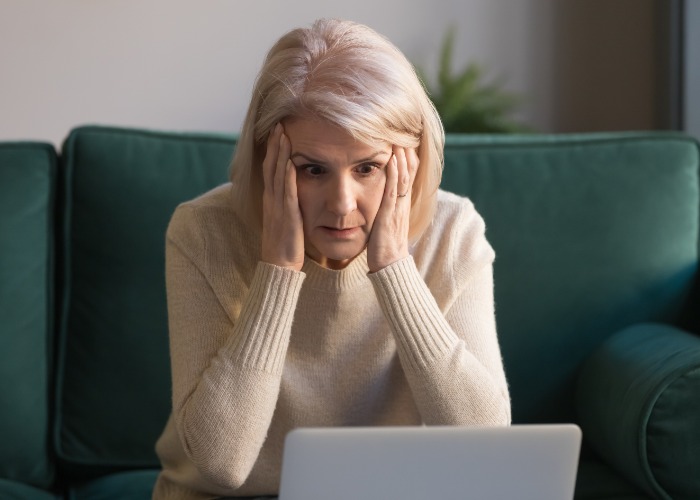 DWP decided problem could not be fixed almost two decades ago.

The State Pension is a crucial element of our retirement planning.

Indeed, according to new figures from the Office for National Statistics, for around a third of us it represents the extent of our income for our later years.

As a result, it’s really important that older people receive every penny to which they are entitled.

Unfortunately, the Department for Work & Pensions has now revealed that a computer error means that millions of pensioners have been paid too little State Pension for decades.

So what’s the issue? And if you’ve been affected, will you receive the right money now?

According to reports from the BBC, the issue all comes down to an ageing computer system which was introduced back in the 1980s.

The reports note that it was due to be ditched in 2020 but has continued in use, even though it’s been clear for some time that it’s not fit for purpose.

The errors relate to the Graduated Retirement Benefit, which was part of the old State Pension system.

It allowed you to top up the pension you would eventually receive by making extra contributions on your earnings and was in place until between the early 1960s and mid-1970s before being replaced by the State Earnings Related Pension Scheme (SERPS).

For some reason, the computer system seems unable to accurately track this benefit, which has meant that millions of pension savers have been underpaid ‒ or in some cases overpaid ‒ for years.

The scale of the issue

It’s worth pointing out that the size of the errors involved are relatively small.

According to the DWP, in the vast majority of cases the size of the over or underpayment is 1p or 2p a week, while all are below 10p.

Bizarrely, some people will have been underpaid and then overpaid in different years.

What’s more, the reports suggest that DWP discovered the problem back in the 1990s but failed to find a solution.

It appears that in 2002 they decided that it was an issue that simply wasn’t worth fixing.

In a statement, the department noted that the issues had run for decades and “successive governments” had not corrected them.

A spokesperson for the DWP added: "A decision was made in 2002 not to make changes or corrections given the system's complexity and minimal impact on individuals until a new computer system was introduced. The department is assessing the scale of this issue and investigating potential remedies."

While the sums involved will be small here, they can have a knock-on effect.

As Sir Steve Webb, former pensions minister, pointed out these incorrect payments could have resulted in some people missing out on larger means-tested benefits like pension credit.

But there are also bigger issues at play here. This is far from the first time that problems overpaying people the correct State Pension have emerged.

As we have covered at length, significant numbers of women have been underpaid enormous sums because of oversights in the way their entitlement was calculated.

That problem came down to the way that married women were entitled to a State Pension based off their husband’s contributions, yet all too often insufficient steps were taken to ensure that these women were actually getting the pension they were entitled to.

And while the department is taking steps to rectify the situation and pay the correct amounts to those who have been shortchanged, there’s no denying that it’s taking a long time to put right.

There also remains too much of a focus on individual pension savers coming forward to question whether they are entitled to larger payments.

As with this latest revelation, there are still big questions for the DWP to answer over precisely how they operate, and crucially whether there have been other payment errors which mandarins have decided simply could not be put right so needed to be ignored.

Vast numbers of people are entirely reliant on the State Pension to fund their later years.

It’s simply not acceptable to sweep problems under the carpet regarding them, just because they are proving a little tricky to solve.