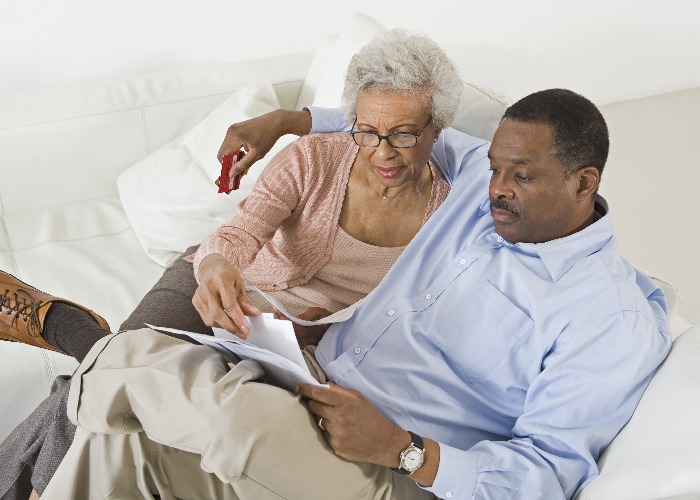 A new study suggests that our pension system is actively leading to poorer outcomes for those on lower incomes.

The days of Defined Benefit pension schemes, where savers enjoy a guaranteed income in retirement, are largely behind us.

They have been mostly replaced by Defined Contribution (DC) schemes, where pension contributions in workplace pensions are invested in the stock market.

When savers then reach retirement, they have decisions to make over what they do with that pension pot.

It was previously all but guaranteed that savers would use that money to buy an annuity, an insurance product which then ensures they receive a set amount each month for the rest of their life.

However, the introduction of pension freedoms back in 2015 gives savers far more flexibility over what to do with the money they have set aside, and it’s this freedom which may be leading to issues.

Researchers from the University of Birmingham ‒ based on interviews with pension savers ‒ have cautioned that this setup is a real problem for certain savers.

For example, those from disadvantaged backgrounds don’t have friends and family who may be able to help them with their decision-making, while those on low-to-middle incomes may not have access to regulated financial advice.

The problems with defined contribution schemes

The report outlines three key areas where the current DC system is failing those savers.

Firstly, many feel confused and overwhelmed by the withdrawal decision.

The researchers found that people don’t understand how to work out the best decision for them in terms of how to access their savings, for example, whether to purchase an annuity or drawdown the pension pot gradually.

What’s more, many can’t afford the personalised advice which would help them make the right decision.

In addition, savers ‒ particularly those who do not get independent advice ‒ simply don’t know who to trust when they need support with their decision.

If you’re from a comfortable background, even if you don’t see a financial adviser, you will likely have friends and relatives who can point you in the right direction over what to do.

For those from disadvantaged backgrounds, that may not be the case.

Finally, this is the sticky question of the future.

Savers are well aware that when it comes to DC pensions, and what they do with them, there are a number of potential risks to manage.

These include stock market performance, their own health, and the potential for needing care in later life.

These individual risks all make savers increasingly uncomfortable over making decisions around their pensions.

All of these issues combined make it far more likely for some savers to disengage with the pensions process because it’s simply too confusing, and then end up making poor decisions over how to access the money when the time comes.

So how do we reduce these risks, and help savers make the most of their pension pots, no matter what their background may be.

For me, access to affordable advice is a big one.

The Government introduced the PensionWise service along with the pension freedoms, and while this offers guidance rather than advice ‒ an important distinction ‒ it does at least help to demystify the process and allow people to understand their options.

The trouble is, these free sessions are poorly taken up.

Research by the Social Market Foundation earlier this year found that just 14% of those accessing a DC pension for the first time seek guidance from Pension Wise.

Thankfully, new rules are now in place which mean that pension providers give savers a stronger ‘nudge’ towards getting this guidance, but I’m not sure that is going to be enough.

The price of freedom

The pension freedoms have clearly been a popular development, and have worked well for many savers.

The warnings before they were introduced, such as that savers would end up wasting their cash on fast cars and fancy holidays, have largely proven to be unfounded.

However, it’s equally indisputable that for some, the freedoms have been little short of a disaster.

They have opened the door for scammers to make off with the life savings of far too many savers, while those unable to access proper advice are liable to make poor decisions, and end up with insufficient cash through their retirement.

It’s time to shore up our pension system so that everyone gets to enjoy the fruits of their saving labours in their later years.