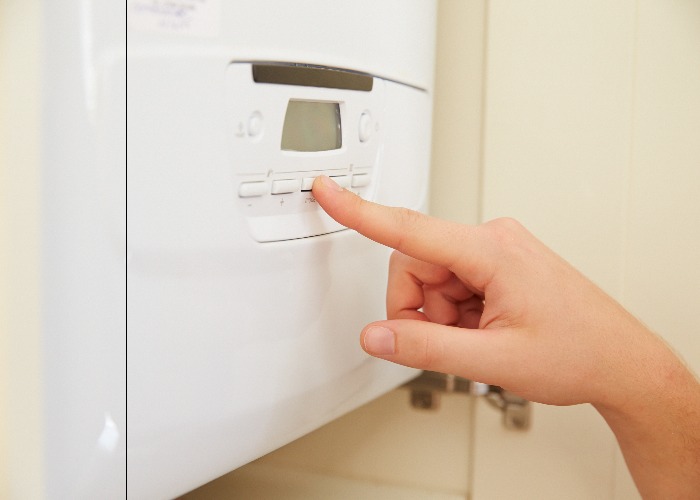 Despite some of the scaremongering headlines about the gas boiler ban, they are still a viable and affordable option if you need to buy a new boiler.

Heating our homes is once again at the top of the news agenda, just as the weather starts to turn for the worse.

A succession of energy suppliers have gone bust, in large part due to the rocketing cost of gas on the wholesale markets.

It’s added to the speculation over how long we can rely on gas for heating our homes.

But it’s worth bearing in mind that suggestions that gas boilers are imminently on the way out are somewhat premature.

Are gas boilers being banned?

The first point to make here is that there isn’t a ban on the sale of new gas boilers in place now, nor is there one set to come in any time soon.

Given we don’t yet build 200,000 homes a year and have a housing stock of around 25 million homes, it’s fair to say that the ban on gas boilers in new build homes isn’t going to affect that many people, relatively speaking.

If you’re planning on buying a new build within the next decade, chances are it won’t have a gas boiler. But beyond that, the idea that gas boilers are being banned any time soon is hogwash.

Moving away from gas

Now, it is true that the Government’s drive towards going 'net zero' means that at some point we are going to have to move away from heating systems that rely on fossil fuels.

There have been various initiatives aimed at encouraging us to make that move too.

For example, the Renewable Heat Incentive was introduced, which provides qualifying households with cash payments for seven years because they have moved to a more renewable setup, though it’s being replaced by the Clean Heat Grant from next year.

There was also the sad farce that was the Green Homes Grant, which was supposed to help people make ‘green’ home improvements but which ended up being almost impossible to access.

The point though is that these schemes are a good indication of where we are going ‒ renewable systems are going to be the future, and further initiatives to encourage us to make that move will be on the way. But that doesn’t mean gas boilers are on the way out yet.

A question of efficiency

A big factor in our heating bills is how efficient our boiler system is. The older the boiler gets, the less efficient it becomes, which means it ends up costing you more in order to heat your home.

While gas boilers won’t be an option forever, they will be worth considering for the foreseeable future ‒ the experts at Boiler Guide reckon that if your boiler is over eight years old, then it’s time to start thinking about a replacement.

Of course, a more efficient boiler is not only good for your bank balance ‒ its increased efficiency means it’s using less fuel to heat your home, meaning a smaller carbon footprint for you.

Can I afford to make the move?

One of the alternatives to a traditional gas boiler that’s received a lot of press of late has been heat pumps.

These systems use renewable sources so are a greener option, and the Government has targeted installing 600,000 of them each year by 2028.

While they may indeed be the future, there’s no escaping the fact that having one installed is prohibitively expensive, costing as much as £13,000. It’s not just the cost though ‒ you also need to have the space within your property for the pump to be installed.

Realistically, until alternatives like heat pumps are more affordable, gas boilers will continue to be one of the main choices for all of us.

The infrastructure isn’t there yet

It’s also worth highlighting the fact that moving away from gas boilers on a large scale is going to require some serious investment from the Government into the infrastructure around alternative systems.

And the harsh truth is that currently that infrastructure simply isn’t in place yet. It likely will be in the future ‒ frankly, it will have to be if we are to cut our carbon emissions across the country.

But we are some way off that yet.