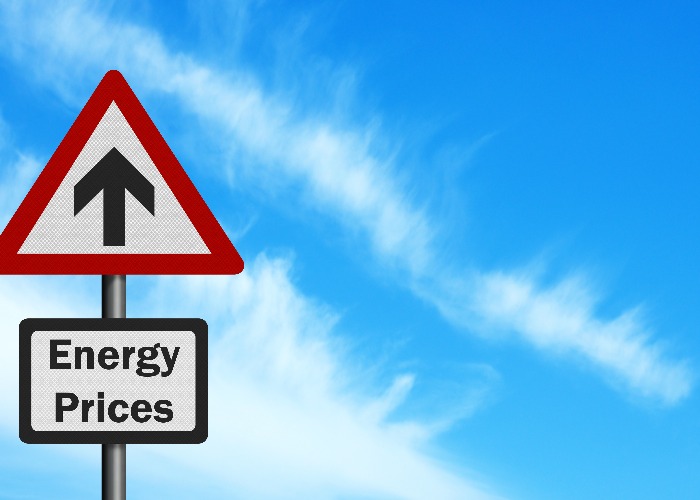 Gas prices are jumping to record highs, with some smaller energy suppliers already going out of business as a result. Here's how your finances might be affected by the energy crisis.

We are entering into autumn now, a time when our energy usage traditionally starts to increase as we start to turn the heating on more often.

It’s a more notable time too this year, given the crisis currently taking place within the energy market which has already resulted in the closure of energy suppliers, with warnings more are set to follow.

What’s happening in the energy market?

Energy suppliers get their energy from the wholesale markets, and then sell it on to us, the customers.

However, the price of the energy on the wholesale markets, particularly gas, has rocketed of late. The prices have grown so quickly they have put suppliers under real pressure, as they are essentially losing money on some of the deals they offer.

In fact, it’s led to a succession of energy suppliers hitting the wall. Since August the likes of Hub Energy, PfP Energy, MoneyPlus Energy, Utility Point and People’s Energy have all gone bust.

The gas prices have risen so rapidly across Europe over fears that we are going into winter with low stocks, making the existing gas stocks even more highly in demand. This is a particular problem for the UK as we are so reliant on gas.

Help! My supplier’s gone out of business

Having your energy supplier collapse can be a nervy time ‒ it’s something I went through last year when Tonik Energy went out of business.

And while none of the names which have gone bust are household names, they still supply energy to thousands of households across the country.

Thankfully, a collapsed supplier doesn’t mean that you have to go without power. Instead Ofgem, the energy regulator, appoints a new supplier to take over.

While the deal you move to won’t be identical to your previous tariff, Ofgem challenges the various suppliers to compete for your business and then selects what it believes is the best deal.

This has also caused issues though. There are reports that the large energy suppliers have questioned how viable the energy price cap is, as it limits the money they can make from customers.

If they are taking on even more customers as rival suppliers collapse ‒ and in all likelihood, there will be more suppliers going out of business in the months ahead ‒ then that problem is only magnified.

The energy price cap was introduced a few years ago, as a means of protecting people on their supplier’s standard variable tariff.

These are the costly deals you move onto after your initial fixed or variable tariff has finished, and have historically been really expensive. The cap was put in place to stop these customers being completely ripped off, but it has been increasing.

Earlier this year it moved to £1,254, in part as a way to support suppliers who have had to accept slower payments from their customers due to Covid. However, it’s now jumping to £1,277 in October.

According to newspaper reports, energy firms are lobbying for it to be scrapped entirely, and while the Government has said it will stay in place for this winter, it won’t commit to maintaining it for the long term.

The benefit of fixing your energy bill - if you can

While the situation should be a concern for anyone on a variable tariff, as they face the prospect of rapidly escalating bills, there are millions of energy customers who aren’t going to see any real difference to their bills, for a while at least.

And that’s the people that have signed up to a fixed energy tariff. As the name suggests, for these people the price of their energy is set in stone for the term of their fixed period. It may just be a year, or it could be a longer period.

These deals are always worth looking at ‒ they provide some certainty over what you’ll be paying, and they are far cheaper than the standard variable tariffs on offer from energy suppliers.

And perhaps most importantly, in the current situation, they offer protection against crises like we are currently seeing. If you’re on a fixed tariff, your bills won’t be going up during the term of your deal, no matter what happens to gas prices.

The respite isn’t permanent of course.

When your term ends, and it’s time to move to a new deal, you may end up facing higher bills ‒ there’s a decent chance that the fixed tariffs on offer in a few months time won’t be anywhere near as attractive as those on the market a month or so ago.

However, you’ll still be in a better position than those households who will have had to cope with their bills ratcheting up with little notice as a result of the crisis.

It's worth having a look around to see if you can find a suitable fixed deal, but you'll need to act fast: many energy suppliers are rapidly pulling deals in response to rising wholesale prices.

We've already seen Compare the Market freeze its entire energy switching service due to a lack of competitive deals, and it's possible other comparison services will follow suit.