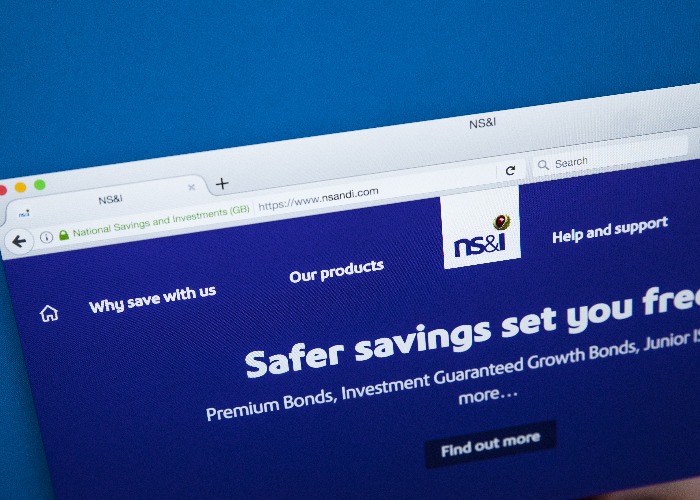 With NS&I now in danger of missing its annual funding target after triggering a savings exodus, it is extraordinary just how badly it has handled things since the onset of the COVID crisis, writes John Fitzsimons.

There’s been no shortage of businesses and individuals who have had what can politely be referred to as a ‘tricky’ 12 months.

But I’m not sure there have been many who have made such a complete pig’s ear of it than National Savings & Investments.

New data released by the Bank of England has revealed that the recent actions by the Government-backed bank to reduce the returns on offer from its savings accounts have been so effective it’s now in danger of missing its annual funding target.

How on earth has it ended up like this?

NS&I is an interesting provider precisely because of its backing by the Government.

That means that it constantly has to tread a tightrope, ensuring that it provides taxpayers with decent value for money as well as individual savers.

As such, it is given a ‘net financing target’ by the Government for each financial year. That’s how much money it needs to bring in from savers.

The higher the target, the more competitive NS&I can be with the interest rates it offers on its various savings accounts.

A little under a year ago, NS&I had fairly modest plans for the 2020/21 tax year. The Government had given it a net financing target of £6 billion for the year ahead.

And then the pandemic hit. The shifting sands of the economic turmoil meant the Government needed to bring in more cash through NS&I, and that meant a dramatic increase to its annual target to a whopping £35 billion.

This was obviously good news for savers.

NS&I enjoys a lot of trust from the nation’s savers, in large part due to the fact that every single penny is protected, unlike with regular banks where protections are capped at £85,000 per institution through the Financial Services Compensation Scheme.

And as NS&I’s products became more attractive, savers flocked there, opening accounts and depositing cash. Indeed it was a little too successful, leading to panic among NS&I that it was going to sharply exceed its target.

After all, in the first six months of the financial year, it brought in £38.3 billion, within the £5 billion margin either way of the £35 billion target introduced.

Clearly, it had to do something as it was being flooded with saver cash. So NS&I announced cuts to its interest rates, taking effect from the end of November.

These weren’t just any old cuts either ‒ they were dramatic.

The Direct Saver for example went from paying 1% to just 0.15%, while the Income Bonds dropped from 1.16% to a paltry 0.01%, and presumably questions from Trading Standards.

Where did all the money go?

And once again NS&I’s actions were too effective. Savers haven’t hung about following these rate cuts, with Bank of England data showing that in October and November around £6.7 billion was pulled from NS&I accounts.

It’s led to some analysts suggesting that as things stand it is going to finish the year significantly below its annual target, albeit still within that £5 billion margin.

As Laith Khalaf, financial analyst at AJ Bell, put it: “The scale of the withdrawals does raise the question of whether NS&I has overegged the pudding with its rate cuts.”

Should I stay or should I go?

So what happens now?

If more savers follow suit and move their money elsewhere, then NS&I will drop out of that £5 billion margin and finish the tax year far below its funding target.

That’s obviously not a great look, so we have the prospect of NS&I once again having to revamp its range in order to stem the flow of withdrawals, if not attract some new saver cash.

It’s a complete mess, and you have to wonder how it has ended up like this.

There’s no doubt that cutting rates requires a balancing act, and getting that balance right is easier said than done.

But it is extraordinary just how badly NS&I appears to have got this, repeatedly, since the onset of the crisis.

There is a real positive to take from this farce though, and that’s the proactive approach taken by plenty of savers. When NS&I was at the top of the best buy tables, they moved their money into its accounts.

And once it started slashing rates, they didn’t hang about, moving their money elsewhere.

Businesses of all kinds, from savings providers to car insurers, rely on us being apathetic about financial products.

They put their faith in us choosing them in a brief moment of engaging with our finances, and then forgetting all about it, allowing them to cut returns or hike premiums without us taking our custom elsewhere.

But the reality is that if we kick up a stink, if we move somewhere else when the returns on offer aren’t up to scratch, then we can force those businesses to raise their game.

NS&I didn’t count on this many savers taking their ball home, and is likely going to have to improve its accounts once more as a result.

It’s a great demonstration of how much power we really have as customers.