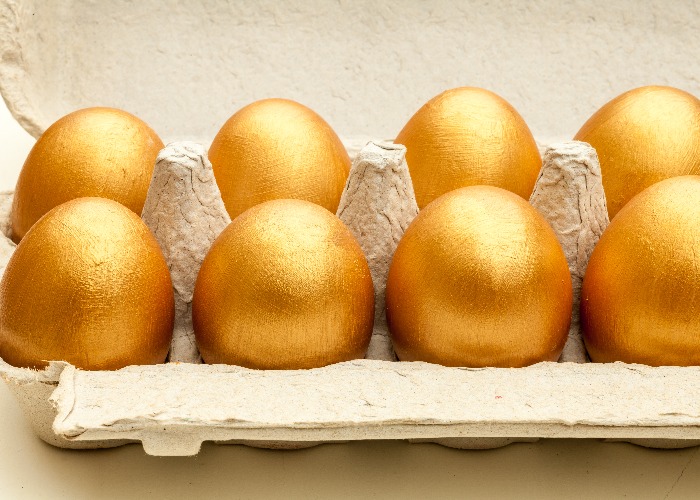 If the Government wants to make housing more accessible, it needs to provide more of it, not turn pension pots into a savings account you can dip into.

The answer to the problems faced by first-time buyers may lie within our pensions, apparently.

This week, the pensions minister, Guy Opperman, spoke at a webinar hosted by Prospect Magazine and acknowledged that rising house prices are making it increasingly difficult for would-be buyers to raise a sufficient deposit.

He then floated the idea of allowing aspiring homeowners to tap into their pension pots in order to use some of that cash to supplement their deposits.

The FT quoted Opperman as saying that, thanks to the 8% minimum contribution in workplace pensions, within a few years people will be facing the “wonderful reality of having over £10,000 or more in pensions, but not necessarily having enough money for a deposit”.

And as a result the minister said he was intrigued by the idea of a product that would allow people to borrow from their pension pot in order to secure that first home, continuing: “The reality of automatic enrolment is that it is a savings pot… it is not like a traditional type of pension and ultimately this is people’s money.”

The trouble is, this is mad in two separate ways.

What’s the point of a pension?

Auto-enrolment has been an undeniable success.

Millions of people across the country are now saving towards their retirement, and getting a helping hand from both their bosses and the Government in the process.

Some of those people would not have a pension at all if it wasn’t for the scheme, while even those who had dipped their toe into pension saving likely weren’t putting aside anywhere near enough to make any meaningful difference to their standard of life after they give up work.

And that’s the point. Before auto-enrolment ‒ and frankly even now for an awful lot of people ‒ as a nation we weren’t saving enough for our old age.

That’s the whole reason it was introduced, to make sure that we up our pension saving game and start putting aside more significant amounts to tide us over when we can no longer work, since who knows what the State Pension will look like by that point.

It’s been so effective because it has normalised pension saving, with the emphasis being on the pension part.

People appreciate that a small chunk of their monthly salary is disappearing, with the intention of providing a healthy pot of cash to cover you in your later years.

To now fiddle with the small print, and make it somehow double as both a pension pot and a makeshift deposit as though it were another type of Lifetime ISA, is ridiculous as it waters down the messaging behind the scheme.

Either it’s a pension or it isn’t. If people want to have a pot of cash they can dip into when needed, there are already plenty of options. They are called savings accounts.

And then we get onto housing.

Whenever this Government ‒ and to be fair previous administrations have been guilty of this too ‒ decide to do something to ‘help’ homebuyers, it is always aimed at the demand side, at making it easier to borrow or spend more on a home.

We have had the Stamp Duty holiday for example, where the first £500,000 of a purchase no longer incur the tax until the end of March next year.

And last week came the announcement ‒ free of any actual details of course ‒ that the Government was looking at ways to encourage lenders to offer long-term fixed rates at 95% loan-to-value, presumably with some form of state support to entice the lenders to do so.

Before that we’ve had Help to Buy, which according to the National Audit Office has only helped a small number of borrowers who otherwise would have struggled to purchase, but has instead boosted the coffers of participating developers rather more significantly.

These are all relatively ‘quick’ fixes, steps you can take to make it look like you are really taking action, when all that’s really happening is you’re kicking the can down the road.

Because the main reason people struggle to save a deposit is the amount they need to cobble together keeps going up, as house prices continue their seemingly never ending rise.

We're at risk of sounding like a broken record, If you want to make things easier for buyers, then homes need to be cheaper, and not because you’ve come up with some clever wheeze that means they ‘only’ need a 5% deposit.

And the answer to that particular quandary is to build more homes.

A report by a House of Lords committee a few years back suggested that we need to build 350,000 homes a year to start making a dent in house price rises, and even before the world went to hell we were miles off that level.

Building more homes isn’t a quick fix and it isn’t glamorous unless you look particularly fetching in a hard hat.

But it is going to prove far more effective at making homeownership easier than fiddling around with pensions will.