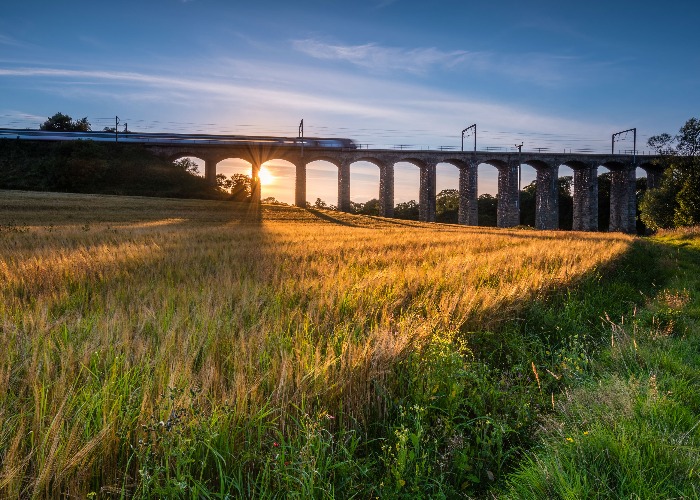 Couples and families are eligible for dozens of surprising train travel discounts, many of which you may never have heard of.

Many UK train discounts to choose from

We all know that booking ahead saves you money and that some people get cut-price tickets with a railcard.

Yet there are many other ways to cut the cost of train tickets, especially if you’re planning longer trips on the weekend or on holidays, or with kids.

Unfortunately, Britain’s 18 different rail companies have, with a few exceptions, done a poor job of making their discount fares easy to find.

That’s why we’ve gone and found some great deals so you can explore the country for less.

Did you know that railcards aren’t just for seniors and students?

There's the 26-30 railcard which, for £30 a year, let those eligible save up to a third on most rail journeys, while the Two Together Railcard gives similar benefits to those travelling as a pair.

Or if you’re travelling with a child, you could get the Family and Friends Railcard, covering up to four adults and four children, which gives adults 33% off and children a whopping 60% (under-5s travel free). It’s one year for £30 or three years for £70.

Also priced at £30 the Network Railcard gives one third off travel in the South East and you can use it whilst travelling alone.

Railcards are worth getting, because they make almost everything cheaper, and can be combined with advance booking and rover tickets to get some surprising discounts.

Learn more about the different types of railcards here.

The best way to book single and return tickets is via the Loco2 and Trainline smartphone apps.

They will show you the lowest prices for a route across all train lines and can be combined with railcards. It’s worth using both apps to get the cheapest deal.

Trainline’s app has a useful feature that will predict when the price of a ticket will rise, although it does have a booking fee of £0.75 to £1.50.

Another app and website, Loco2, can be used for train travel both in the UK and across Europe. It can be paired with railcards and crucially doesn't charge any booking fees.

Advance tickets are usually considerably cheaper, but frequently get sold out for travel at popular times, so you need to snap one up early.

In general, advance tickets come on sale 12 weeks before departure. There are exceptions, however, such as Virgin Trains and the London North East Railway, which sell 24 weeks before.

You can find a full list of all train services advance ticket conditions at the end of this guide.

What’s less well-known is that it’s possible to get advance tickets just hours – sometimes minutes – before a train departs.

Conditions vary: we’ve included all the deadlines at the end of this guide.

Do bear in mind that advance tickets require you to travel on a specific train, unlike many return tickets which have more flexibility.

In most cases, it costs £10 to change an advance ticket, although Cross Country will do so for free.

If you sign up to Trainline's Ticket Alert Service, they will email you when your desired route becomes available.

National Rail has launched a new website daysoutguide.com, which offers a discount on attractions nationwide, providing you travel by rail.

London Eye, Thorpe Park, Cadbury World and Legoland are just a few of the dozens of attractions with discounts: in many cases two-for-one.

You can buy up to four tickets per attraction with the voucher.

You need to go to the daysoutguide.com, pick an attraction and you’ll receive a voucher. You then present this voucher alongside your train tickets to buy tickets at the discount price.

If you already have a railway season ticket and live in the South East, you should have been automatically sent a Gold Card.

This entitles you to a third off anytime and off-peak tickets in the Gold Card area, which covers the South East of England, up to Birmingham. It also gives you 60% off kids’ tickets.

It also allows you to purchase a railcard for just £10, which can save you money if you need to travel beyond the Gold Card area.

Unfortunately, it is not possible to purchase a Gold Card.

If you’re the type of traveller that likes to visit plenty of places en route, they could save you a huge amount of money as well as the stress of getting individual tickets. They also provide an itinerary for some incredible trips around the UK.

For example, the Spirit of Scotland Railpass includes four days of unlimited rail and bus travel, as well as ferries to the Western Isles, and stretches as far south as Carlisle and Berwick-upon-Tweed.

It costs £139, with discounts for kids and railcards, and allows you to space you four travel days over an eight-day period.

Other standouts include Northern rail’s Coast and Peaks Rover (£77) and SouthEastern’s Kent Rover (£45). National Rail’s website has a sporadically-updated list of all the rover and ranger tickets available.

As with rail season tickets and holiday bookings, it’s worth using a cashback credit card to get some money back.

Using a credit card won’t cost any extra and you could get up to 5% cashback, in the case of the fee-free American Platinum Everyday Credit Card.

Combine these credit cards with cashback sites like TopCashback and Quidco and you could save even more.

Here is the full list of train companies, when they release their advance tickets and the latest possible time for purchasing these tickets.

These details were correct at the time of writing.