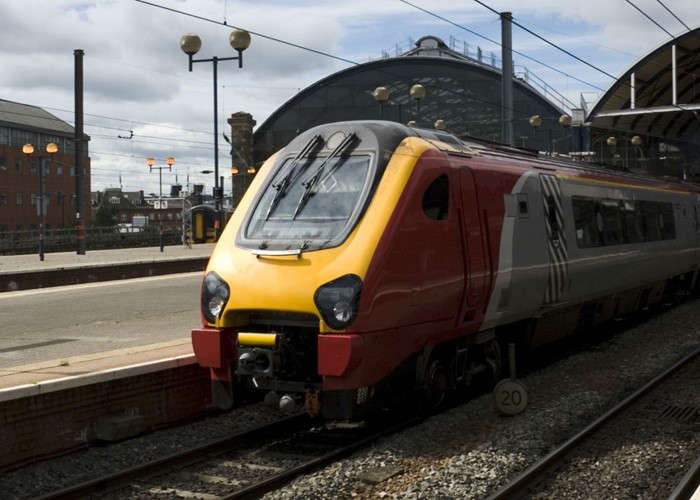 Train fares have jumped by 3.4% this month, the biggest rise in five years. Here's how to beat it.

The Rail Delivery Group admitted it was a 'significant' rise, but also said that 97% of fare income went back into improving and running the railway. However, figures show that one in nine trains (12%) still arrived late at their destination within the past 12 months.

The Rail, Maritime and Transport (RMT) union general secretary Mick Cash said: "For public sector workers and many others in our communities who have had their pay and benefits capped or frozen by this Government, these fare increases are another twist of the economic knife."

You can use a few nifty tricks to reduce the damage of the price hike. Read on to see our frugal favourites.

Upgrade to first class for less

Virgin Trains is to auction off empty first class seats on selected routes, meaning standard class passengers could save up to £85 on their upgrade.

The offer will initially be limited to Virgin Trains East Coast weekday services from London King's Cross to Newcastle, Leeds, Edinburgh and York, although it says there are plans to add new routes.

How do I take part

To take part in the auction, you’ll need to download the Seatfrog app.

Auction prices will start at £5 – given that upgrades can cost upwards of £90, you could be set for quite a saving.

Annoyingly, the auctions will only begin a few hours before the departure time, so you’ll only be able to find out what class you’re travelling in at the last minute.

It'd be great to see similar initiatives rolled out across the UK but, for now, only a few travellers will be in line to benefit.

Trainline has a new tool which predicts when train tickets will go up and down.

The tool is available through the Trainline app and could cut passenger fares by almost 50%.

You'll get to see all of the cheapest Advance tickets at a glance in the run-up to your next journey. The app bases its figures on historical pricing trends from billions of journey searches to try and pinpoint when prices will increase over time.

Just pop in your destination and click 'find trains'. The app will come back with the cheapest fares on the day as well as over the coming weeks.

The Trainline app is available to download for free on the App Store and Google Play.

Advance tickets on the day

Speaking of Advance fares, the easiest way to slash your train fare is to book ahead.

National Rail sets the timetable 12 weeks in advance, so this is when most really cheap advance deals start to get released. You can sign up for alerts for when they go on sale so you never miss out.

However, you can still save some money even at the last minute.

Typically if you book before 6pm the day before you travel you can usually buy an advance fare, which will be cheaper than walking up to the counter on the day.

CrossCountry has allowed passengers to buy advance fares up to 15 minutes before travel since 2015, and more train operators are following suit.

Now, advance fares are available on the day on long-distance Grand Central, Greater Anglia, Northern, TransPennine Express, Virgin Trains East and West Coast and Caledonian Sleeper routes, up to 10 minutes before you travel.

The changes are part of the 12-month action plan to make buying tickets easier and simpler for passengers.

Save in the sales

There's almost always a sale on, so do a bit of research rather than going straight to your default rail operator's site.

Be flexible and travel off-peak

If you can be flexible about when you travel you might be able to save with off-peak fares.

You can use cheap fare finders like the Virgin trains best fare finder to find the cheapest tickets for your route.

Check the prices for singles

Two singles for each leg of your journey can often work out cheaper than the headline return fare – so always check the prices both ways.

Canny travellers have for several years been making use of a simple technique known as 'split ticketing'.

Instead of buying a single ticket to your destination, you break the journey down into two or three parts and buy separate tickets for each bit. It sounds like hard work – but it can help cut the price of your ticket by as much as half.

The reason you can save is thanks to the bewildering number of operators running Britain's rail network.

For example, although the Manchester-Carlisle route is run by Virgin who set the direct fares, local trains from Carlisle to Preston are run by Trans Pennine, while the local section from Preston to Manchester is run by Northern – each with their own system of tariffs.

And often, these separate routes are cheaper than direct passenger ones.

The only rule connected with the use of combination tickets (other than the fact the tickets must be valid, of course) is that the train must stop at the place where the tickets join, although you do not have to alight from the train or exit the station.

To calculate whether you can save on your chosen route, you need to look up possible splits using the SplitMyFare website. Then look up the price of the single fares on the rail operators' websites.

Make sure you buy them directly from the operators, rather than fee-charging sites such as thetrainline or raileasy (see below).

GroupSave allows groups of three to nine adults travelling together to save a third on Off-Peak tickets on participating services.

These can only be bought at a station but are well worth considering if you're travelling in a group. There's more information on GroupSave on the National Rail website.

If you have an annual season ticket or travelcard in the South of England you might have been issued a gold card, which can be used for discounts on leisure travel for you and others travelling with you.

For example you can get a third off Standard and First Class Anytime and Off-peak tickets for you and up to three adults aged 16 or over.

Find out more about the Annual Gold Card on the National Rail website.

And for tips on cutting the cost of travelling to work by train take a look at our guide, Cheap rail season tickets: six ways to cut costs.

Get a rail card

There are a number of rail discount cards you can buy that reduce the cost of off-peak fares by up to a third.

The 16-25 Railcard offers a third off rail fares for people aged between 16 and 25 (or those in full-time education). Cardholders can save an average of £161 with the card, which costs £30 for one year or £70 for three years.

If you travel between 4.30am and 10am Monday to Friday (except during July and August) a minimum fare of £12 will apply.

The Two Together Railcard allows adults travelling as a pair to save a third off fares for journeys made together after 9.30am Monday to Friday, on weekends and on bank holidays. On average it can save two people £100 a year. It costs £30 for a card lasting one year.

Adults can save a third, while children’s fares are discounted by 60%. On average groups can save up to £117 a year. The card costs £30 for a year, or £70 for the three-year version.

The only time restriction on the card applies during rush hour Monday to Friday when journeys are made entirely within the London and south east area.

Senior Railcard
The Senior Railcard is only available to those aged 60 or above and offers cardholders a third off Standard and First Class rail fares.

The only time restriction on the card applies during rush hour Monday to Friday when journeys are made entirely within the London and south east area.

If you have a disability that makes travelling by train difficult you might be eligible for the Disabled Persons Railcard.

It saves a third off rail fares for the person who has the Railcard plus one companion travelling with them. On average the card can save £114 on rail journeys. It costs £20 for one year or £54 for three years. You can see if you are eligible for one on the website.

The card allows you to take up to three adults (who also save a third) and up to four children (who get 60% off). The card costs £30 and lasts for a year.

The HM Forces Railcard is available to members of the Regular Forces or a member's spouse.

It saves a third on adult rail fares. The card also allows the holder to travel with up to four children under 16 years with 60% off fares. It costs £19 a year.

See here for details on exactly which tickets are eligible for a discount and which aren’t.

Next year a new railcard will be added offering 1/3 off most rail travel to people aged 26-30.

Full details about the card will be released in Spring 2018.

Avoid booking and card fees by buying tickets directly from rail operators, rather than thetrainline or raileasy.

Use your Clubcard points

You can exchange Clubcard vouchers for higher value rewards on redspottedhanky.com.

At the moment £5 in Clubcard vouchers cab be exchanged for £10 to use on the site.

Just be aware that this site doesn't always offer the cheapest fares.