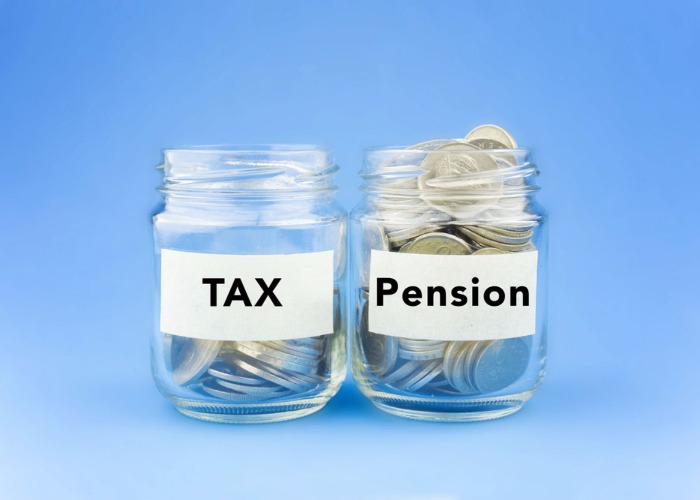 Here are three ways you could withdraw up to £17,500 a year from your pension pot – tax-free – when using income drawdown.

Income drawdown is a tax efficient way to access your pension.

When you reach retirement, you take savings out of, or draw down, from your pension pot.

Financial education provider Wealth at Work has a rundown of three different case studies who have found ways to use their assets (both pension and non-pension) to create the most tax-efficient income and in some cases, meaning that it’s possible to pay very little Income Tax in the early years.

Jonathan Watts-Lay, director of Wealth at Work comments: “Making income drawdown available to all is good news for those approaching retirement, however it is likely that many will end up paying more tax than they need to.

“It is important to utilise your available tax allowances and reliefs in a structured manner to maximise returns and reduce, or even eliminate, a potential tax charge.”

All of these case studies are fairly similar to make it easier to see how the process works. All of them assume ISA returns of 5% and interest available on taxable cash deposits of 1.4% (gross).

Peter is planning to retire in April 2018 and would like to generate an initial annual income of £20,000, keeping £10,000 back in case of emergencies.

Using the method below it’s possible for him to do this without paying any tax in his first year of retirement, even though £20,000 is almost double the Personal Allowance for 2017/18 (£11,500), by using his ISA and flexi-access drawdown for income.

With this type of drawdown, you take the taxable part of your pot and put it into one of more other funds which are suitable for your needs and allow you to take a taxable income at a time to suit you.

To be able to do this he will need to crystallise £24,000 of his defined contribution pension using flexi-access drawdown, £6,000 (25%) can be taken as a tax-free cash lump sum and £3,500 withdrawn as an income to utilise the remainder of his unused Personal Allowance.

Out of the £20,000 tax-free he has accrued, £18,000 will remain in his pension as a ‘crystallised’ fund, which has the potential to grow and be drawn from in future years.

Mary is in the same financial situation as Peter, but she is eligible for the full New State Pension.

As the combined amount from her defined benefit pension and State Pension will be higher than the Personal Allowance she will need to pay some tax, but will not need to pay any further tax up to the £20,000 annual income she’s hoping for.

In order to do this, she would need to crystallise £8,652 using the aforementioned flexi-access drawdown and £2,163 (25%) can be taken as a tax-free cash lump sum, but £6,480 would remain as a ‘crystallised’ fund in her pension with the possibility of growth.

Case study 3: Not yet eligible for State Pension

David, who is also 60, wants to retire in April 2018. He’s similar to Peter and Mary except that he’s not yet eligible for the State Pension. His defined contribution pension is £200,000 and he has taxable cash deposits of £100,000.

As it’s better to leave as much money as possible in the tax-efficient wrappers of ISA and pension, David may choose to spend £3,433 from his cash deposit to make up the £20,000 he is looking for.

So there you have it; three examples of how you can minimise your tax when using income drawdown. If you're looking to access a larger chunk of your pension in one go, have a read of our guide to dodging an emergency tax bill.

For those still in work, make sure you're not missing out on this pension top-up worth £650 a year. And if you're still ears from retirement, why not compare your investment options with loveMONEY (capital at risk)?