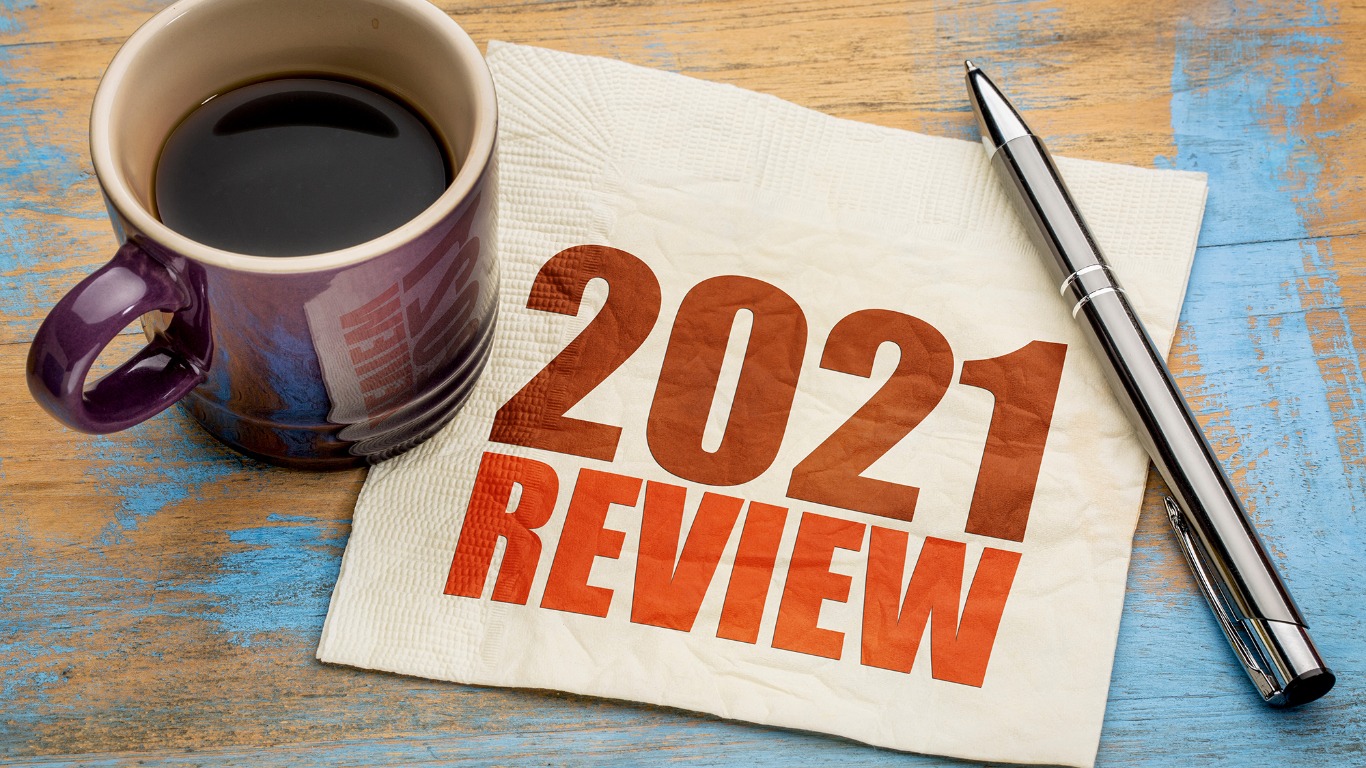 We look at how firms handled the market volatility seen in 2021 – and which firms the experts are eyeing up for success in 2022.

The COVID pandemic has presented new challenges this year and will continue into 2022, potentially causing stock market volatility.

Some of the same restrictions highlighted in last year’s annual investment review, such as wearing face masks and working from home, have returned thanks to the Omicron variant.

While stock markets have generally performed better in 2021 than they did in the previous 12 months, there is arguably more financial insecurity as we enter the New Year.

Here we take a look back at 2021, highlight some of the winners and losers, and ask the experts what could be in store for stocks and certain sectors over the coming months.

What happened to stock markets? 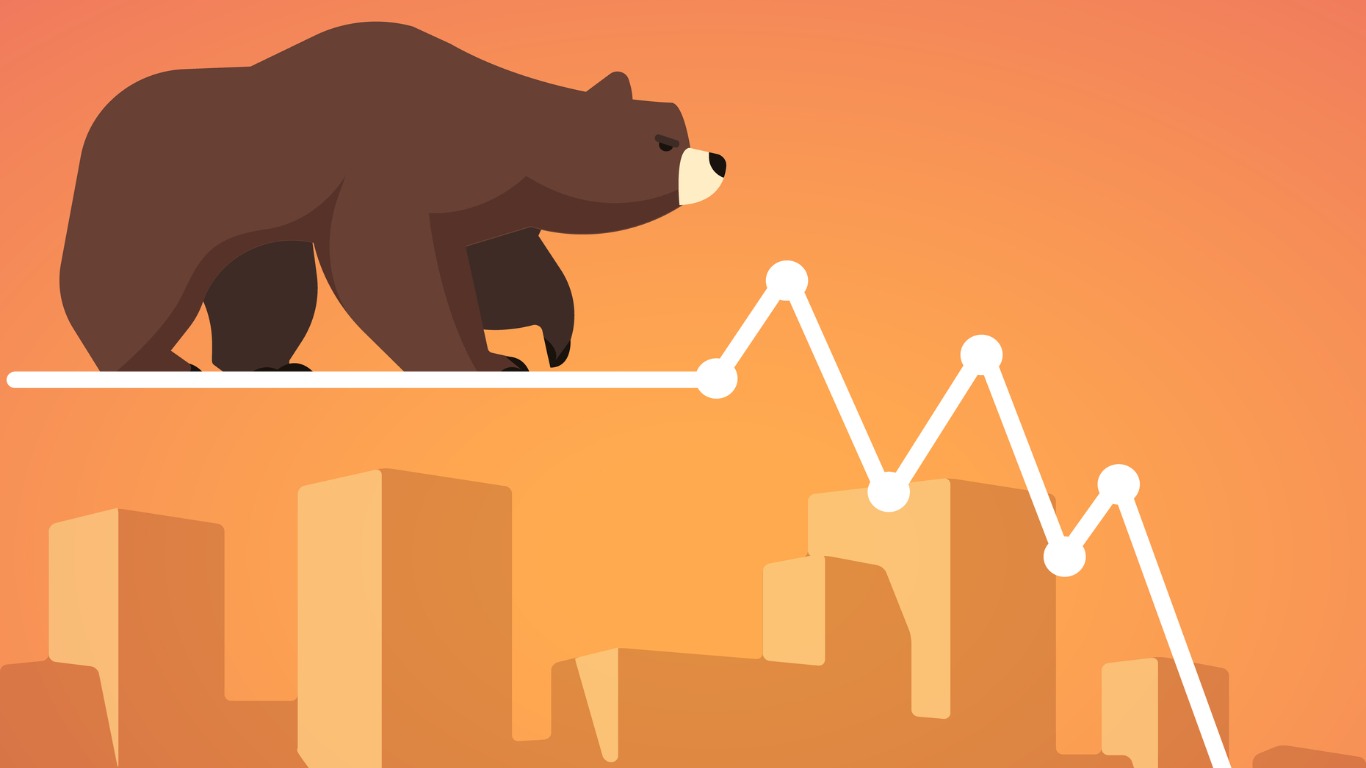 It’s been a pretty good year for global stock markets, with many enjoying a considerable boost as many countries reopened for business after coronavirus lockdowns.

The S&P 500 index, which tracks the 500 largest companies listed on stock exchanges in the US, did even better as it seemed to overcome any negative COVID-19 news this year.

Despite all the challenges that many businesses have endured over the past 12 months, many companies have enjoyed substantial share price hikes.

In fact, some have more than doubled in value, according to data compiled by interactive investor.

Among the standout performers has been Watches of Switzerland Group, whose share price has rocketed 133% from £5.75 per share at the start of the year to £13.40 per share.

Other names that have risen by more than 100% over 2021 include Kin+Carta, the digital transformation business and Investec, the wealth management group. 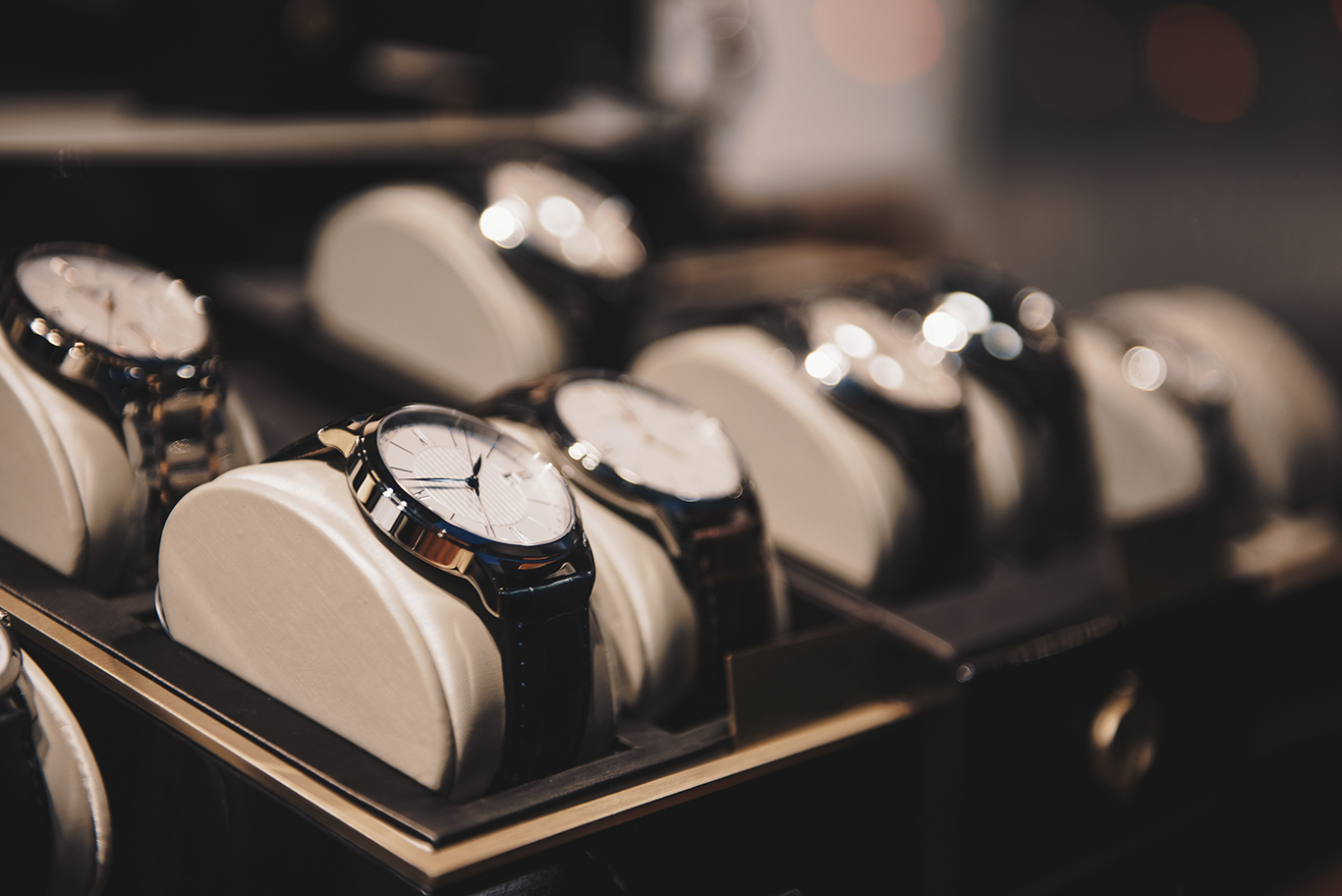 A number of investment sectors performed very well during 2021 despite COVID-19 restrictions being in place for many months.

The best performer over the first 11 months of the year was the IA India/Indian Subcontinent sector, which delivered an impressive average return of 26%, according to data from Morningstar.

The figures, compiled to the end of November 2021, put the IA North America sector in second place with a 23.3% return, followed by the 17.6% rise of the IA Technology and Technology Innovations sector.

Towards the bottom of the performance table is China, which fell spectacularly out of favour among investors, according to Jason Hollands from investing platform Bestinvest.

He says that some of China’s troubles may have supported the strong performance of the IA India/Indian Subcontinent sector as emerging market investors sought alternative fast-growth areas outside the People’s Republic.

“Investors have been spooked by crackdowns on tech companies and the education sector and the ongoing woes at Evergrande, the country’s largest property company,” commented Hollands.

He also pointed out that oil and gas were suddenly in high demand, with the industry swiftly ramping up orders for earth metals, as economies reopened, and business activity surged.

“Whether this is a new commodities super-cycle remains to be seen, but it does look as if the much-reported death of old energy in 2020 was something of an exaggeration,” he added.

Now we move on to the most difficult section: what’s likely to happen in 2022.

This is never an easy question to answer, but the coronavirus-induced volatility makes it particularly difficult. 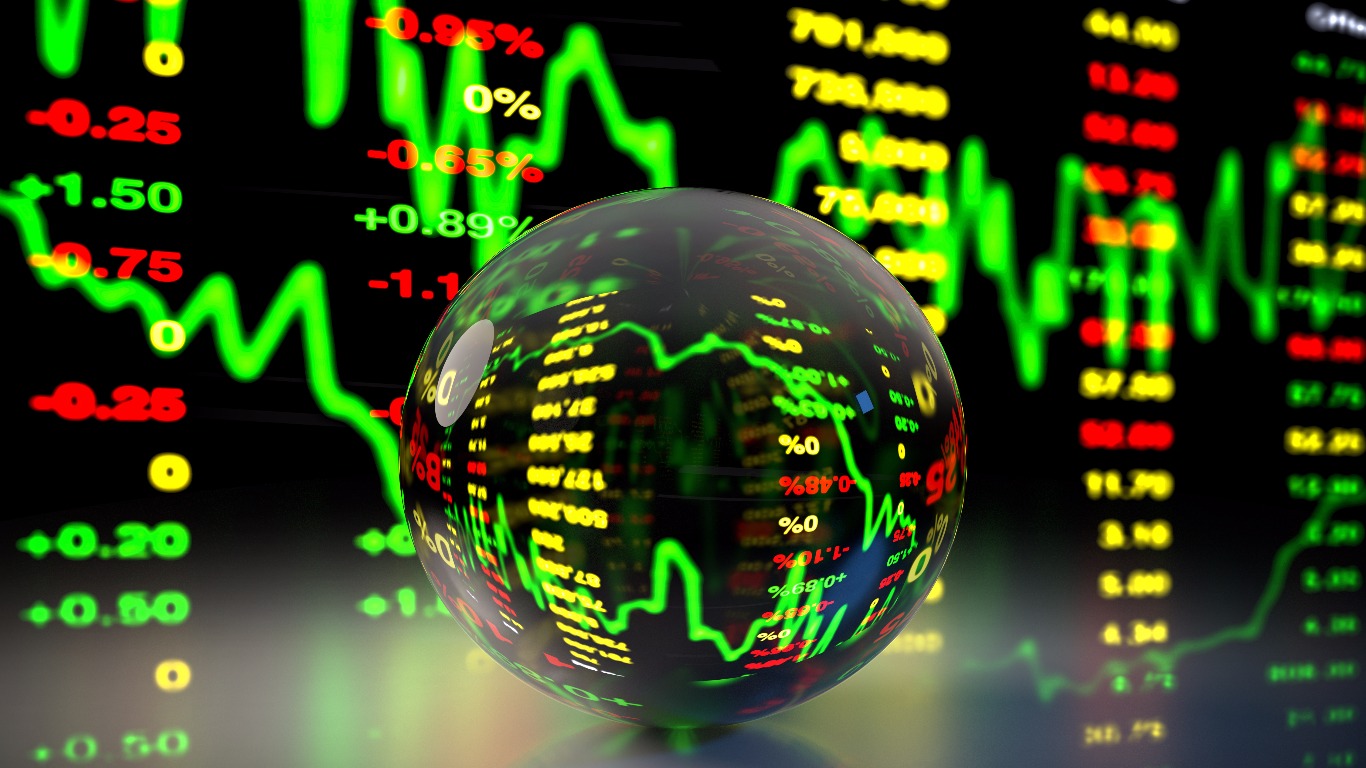 Geir Lode, head of global equities at the international business of Federated Hermes, warns investors to keep expectations in check over the next few weeks.

“Making forecasts in the shadow of Omicron feels like a fool’s errand,” he said.

“After the initial shock, markets have stabilised, however, investors remain cautious.”

He has pointed out that numerous commentators were ‘seeking to fill the information vacuum’ but highlighted the difficulty of drawing any conclusions without hard facts.

“While we await reliable data regarding the relative transmissibility and severity of this new strain, investor sentiment is likely to be fragile,” commented Lode.

More broadly, Keith Bowman, investment analyst at interactive investor, is optimistic about the prospects for the US over the coming year.

“With everyday global names such as Apple, Microsoft and Amazon in the US Top 500, it remains difficult to bet against continued long-term growth for the US index,” he said.

He believes it also benefits from momentum.

“The December 2020 joining of Tesla to the S&P 500 also continues to underline the key growth ingredient of innovation in the US,” added Bowman.

A quarter of investment company managers believe the UK will be the best performing region next year, according to a survey by the Association of Investment Companies (AIC).

A fifth of those polled expected emerging markets to come out on top, while there was also support for Asia Pacific excluding Japan and the US.

Andrew Bell, chief executive officer at Witan Investment Trust, believes the UK and emerging markets are good picks for contrarians as they are ‘widely disliked’ and lowly valued.

“For the longer term, I would bet on the US growing faster than other developed economies, but its stock market reflects more good news than others and could be a wallflower in 2022,” he said.

This kind of approach helps investors spread their risk and exposure, which is particularly useful in uncertain times.

“We are boring and tend to favour a well-diversified portfolio,” he said.

Healthcare has been a key focus of investor attention, particularly in light of the coronavirus pandemic, and its focus on the future always makes it worthy of consideration.

James Douglas, manager of Polar Capital Global Healthcare, notes the near-term outlook ‘carries some uncertainty’ due to COVID-19 but he’s optimistic about the longer-term prospects.

“We have a high level of conviction that the healthcare industry will continue to innovate, work on improving access to care and use technology to drive efficiencies across the healthcare ecosystem,” commented Douglas. 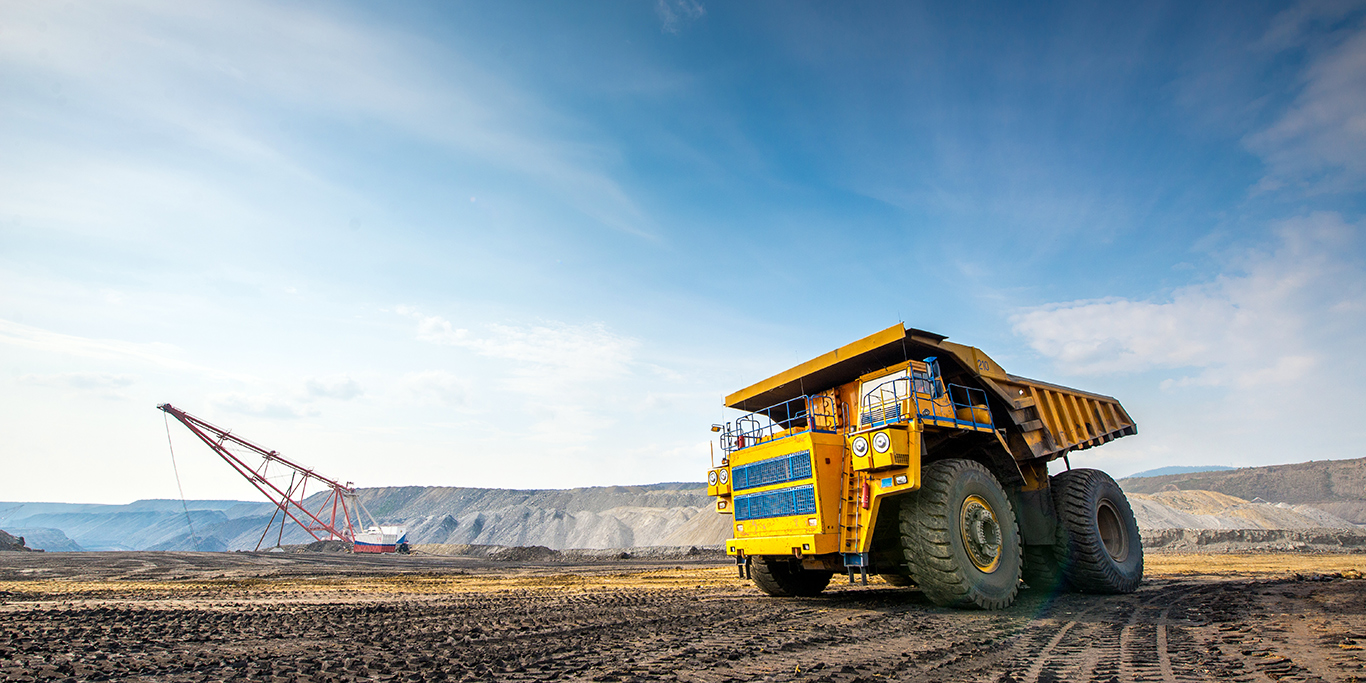 Ben Yearsley, investment director at Shore Financial Planning, likes the Schroder Global Energy Transition and Ninety One Global Environment funds as they sit squarely within his decarbonisation and electrification themes.

“These are decade long investment themes and not merely limited to 2022,” commented Yearsley.

“The final fund is Active Solar, which is investing in the whole solar value chain, just not energy generation.”

Yearsley also believes that the UK is interesting and highlights the JO Hambro UK Dynamic fund as worthy of consideration in this space.

“The fund has a mix of special situations and recovery plays and is likely to be a beneficiary of a recovering UK economy, increased dividends and buybacks and mergers and acquisitions,” he said.

Adrian Lowcock, an independent investment adviser and commentator, believes income investing should continue to rebound during 2022.

“With higher inflation and interest rates, it will be appealing once more to investors,” he said.

“I’d suggest the Man GLG Income fund led by Henry Dixon. He runs a very disciplined process to avoid value traps and to take profits when the companies are revalued.”

“Rises in iron, rhodium and copper all fed into record profits at Anglo’s half-year mark, and if they remain elevated in 2022, Anglo’s profits should reap the benefits,” she said.

Although Streeter pointed out that iron ore prices have already returned to pre-pandemic levels, she believes the company’s prospects are good.

In times of a severe downturn, the high fixed costs that help boost performance in the good times have the opposite effect and profits can fall faster than revenues.

Streeter believes that having a diversified income stream helps in such a scenario because profits are less reliant on any one group of metals.

“Its focus over the next decade will be on developing battery technology that’s muscular enough to power these behemoths or looking towards hydrogen as another option,” commented Hewson.

She flags that the company is already looking at collaboration as the best way to develop and run the kind of charging network that will be required.

“While the US boasts a number of high profile, maverick electric truck makers, the history and skills that Daimler brings to the table makes this business a real contender in the race to dominate the new space,” she said.

The information included in this article does not constitute regulated financial advice. You should seek out independent, professional financial advice before making any investment decision.