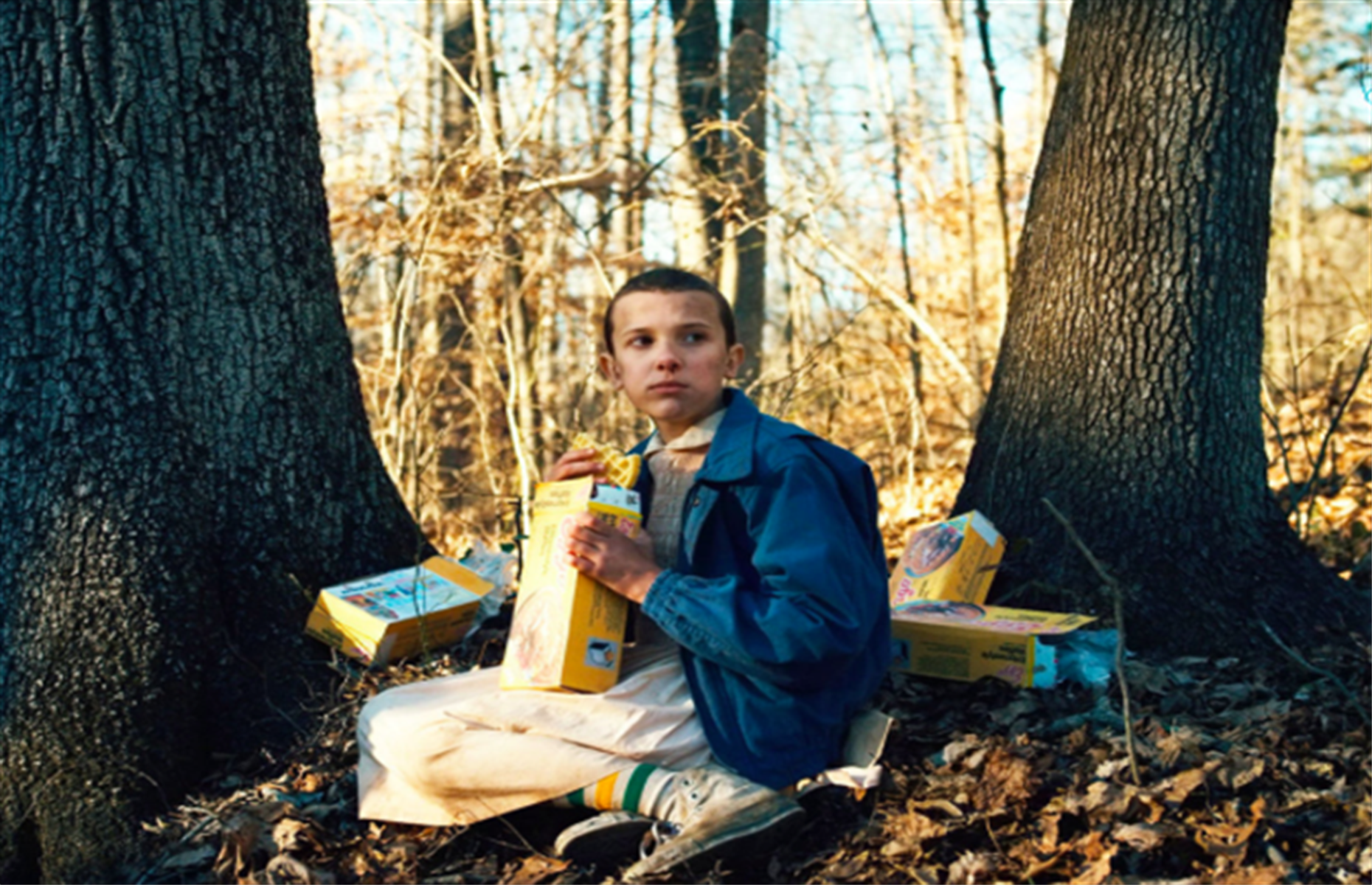 From Pottery Barn in Friends to Starbucks in Game of Thrones, product placement is everywhere. So it's no surprise that it's a multi-billion-dollar industry in the US alone. Here's our roundup of the most memorable and successful product placements – some of which have been powerful enough to turn a company's fortunes around.

Hershey spent a reported $1 million (£818.2k) on getting its Reese's Pieces featured in the 1982 movie E.T. The Director Steven Spielberg had originally wanted to have the better-known M&M's in the scene, but Mars declined. Mars' loss was Hershey's gain: the company enjoyed a 65% increase in profits following the movie's release.

Ray-Ban's Wayfarer sunglasses had seen a steady decline in sales by the early 1980s. As a result, the brand hired a product placement company to get them featured on the big screen. After finding their way into 1983 comedy Risky Business starring Tom Cruise, the shades sold a record 360,000 pairs, a big jump from the 18,000 that had sold the previous year. 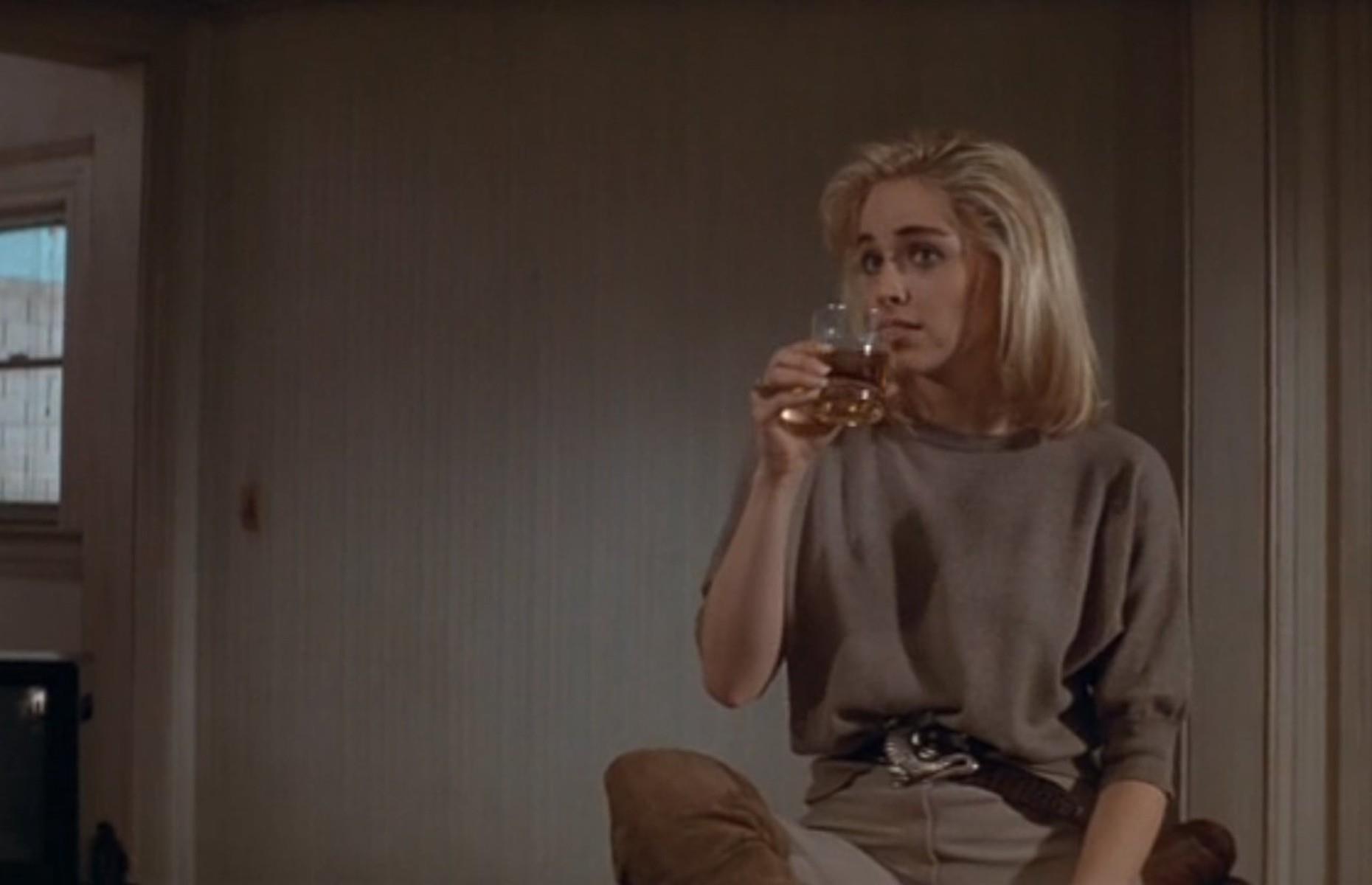 Jack Daniels shelled out north of $1 million (£818.2k) for the characters in steamy thriller Basic Instinct to exclusively drink their bourbon. This includes a famous line of dialogue where Sharon Stone’s character asks: "Do you have any coke? I just love coke with Jack Daniels." The strategy evidently worked, as upon release of the movie, Jack Daniels' sales increased fivefold.

Clearly, it's not just sunglasses that Tom Cruise can sell. Jamaican beer brand Red Stripe is mentioned in the novel The Firm by John Grisham, so when it was adapted into a film, the brand had a ready-made product placement opportunity. It's unclear whether any money was exchanged, but the brand certainly benefited from the shout-out. After Gene Hackman and Tom Cruise were seen sharing a Red Stripe beer in one scene, sales increased by over 50% in the US, and the company sold a majority stake to Guinness for $62 million (£50.7m) a few weeks later.

The release of Disney's Toy Story in 1995 led to a mind-boggling 4,500% increase in sales for the cult toy Etch-A-Sketch. When the company ran into hard times again in 1999, the conveniently timed release of Toy Story 2 in November of that year caused another surge that stopped the brand from going under. Slinky was also revived by the franchise. When the first movie came out, it was no longer being made, but the toy's manufacturer received 20,000 orders after its release, giving the company a much-needed cash injection.

While most James Bond fans would know that 007's car of choice was an Aston Martin, that all changed in 1995 with the release of GoldenEye. BMW spent a reported $3 million (£2.5m) in order to get the Z3 model into the film. The deal paid off in a big way: 9,000 orders came in within the first month of the film's release, representing an overall increase of $240 million (£196.4m) in sales. 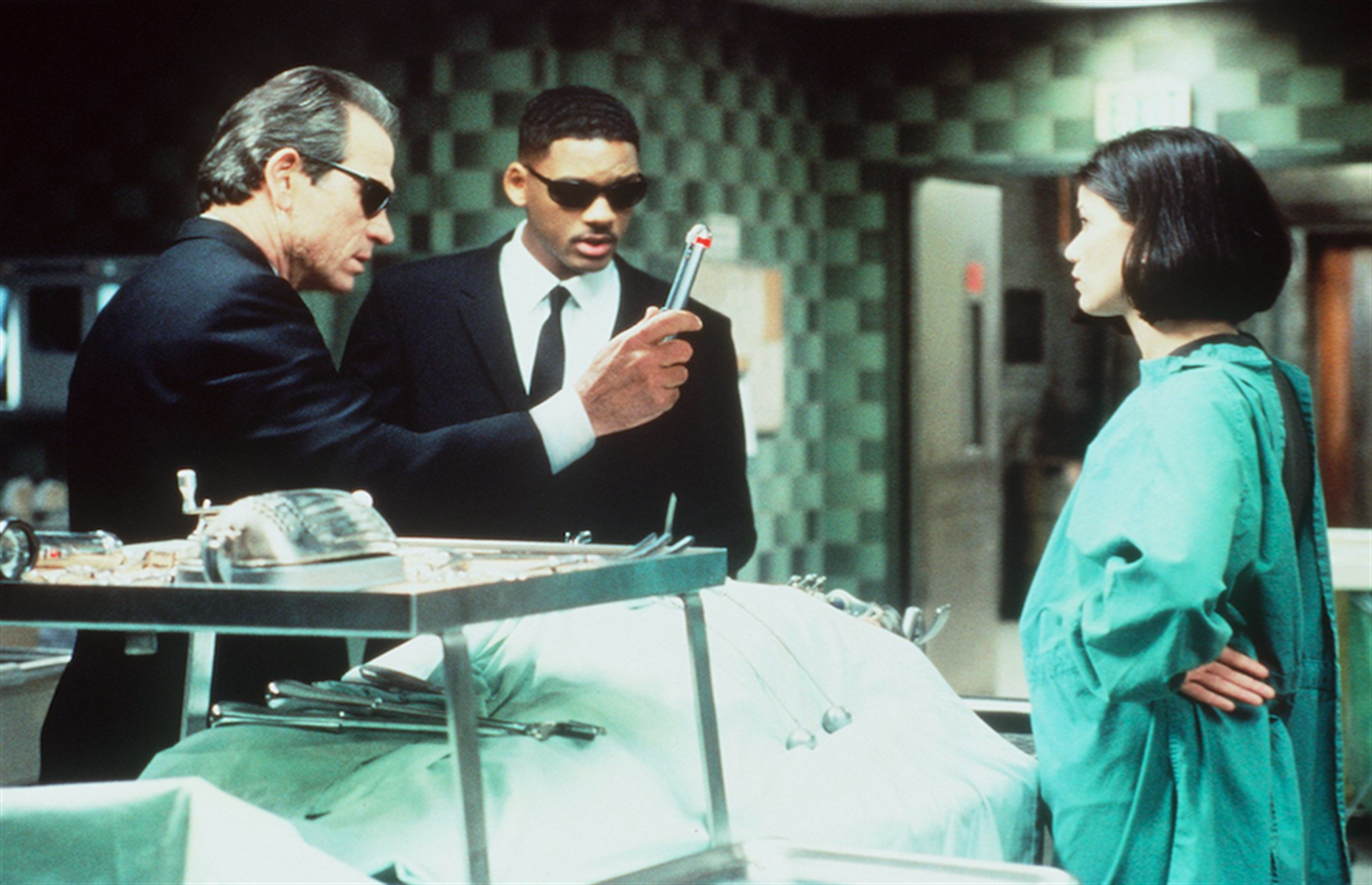 Ray-Ban is certainly no stranger to the realm of product placement, and in 1997, the brand made a shrewd move by getting featured in Men in Black. While many criticised the obvious pushing of the designer's Predator 2 sunglasses, Ray-Ban had the last laugh as sales of the product tripled after the movie's release, reaching a record $5 million (£4.1m). 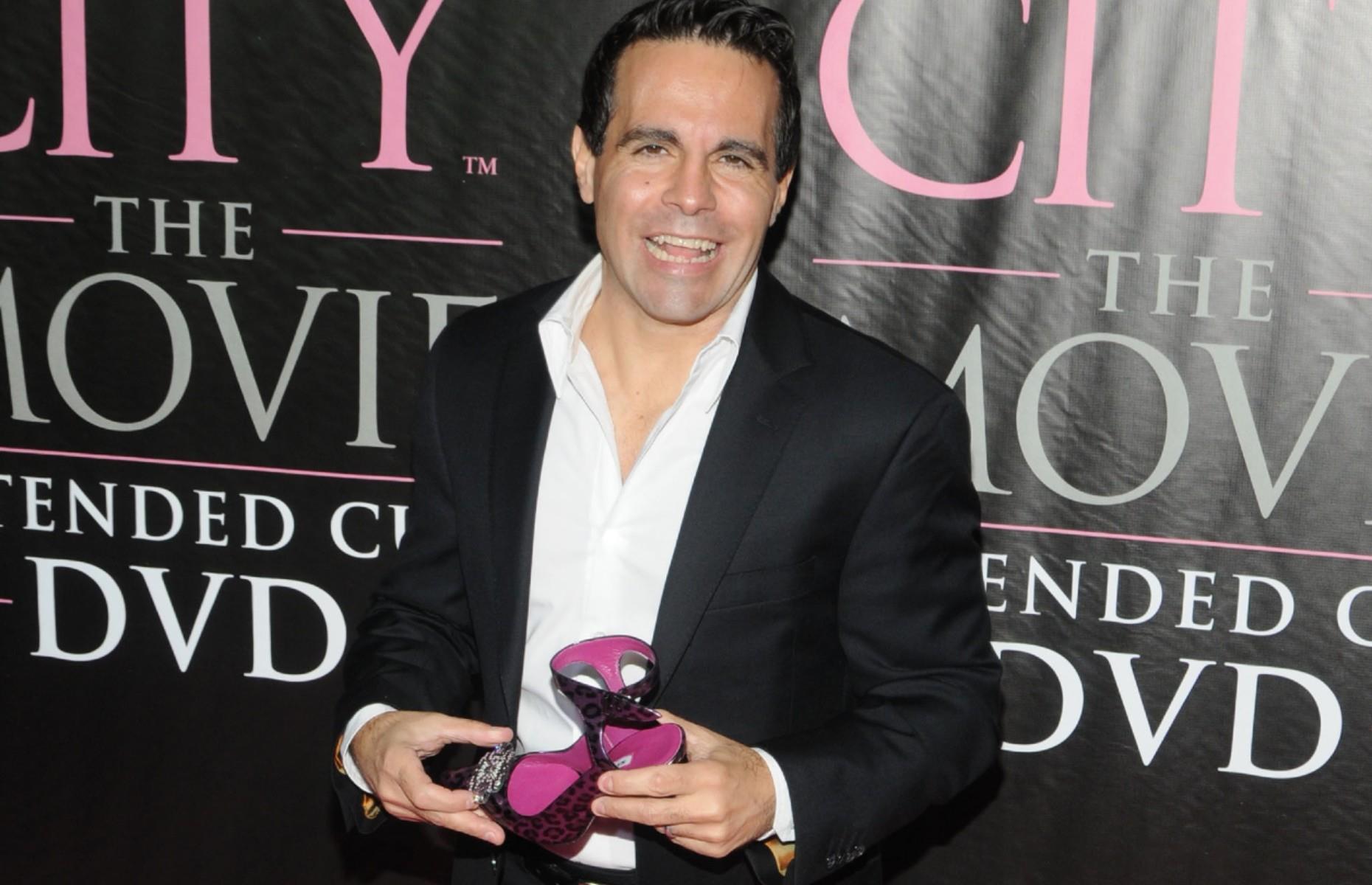 1998: Manolo Blahnik shoes in Sex and the City

Sex and the City fashionista Carrie Bradshaw was absolutely obsessed with Manolo Blahnik's designer heels. In fact, the shoes were shown or mentioned at least 16 times during the sitcom’s run, including in one infamous scene where Bradshaw is held at gunpoint. When her mugger demands she hand over the expensive heels, Bradshaw pleads: "Please, sir, they’re my favourite pair." The footwear brand undoubtedly benefited from the free publicity, and during Sex and the City's peak in the early 2000s, they sold around 30,000 pairs every year.

Pictured: actor Mario Cantone holds a Manolo Blahnik shoe at the premier of Sex and the City: The Movie. 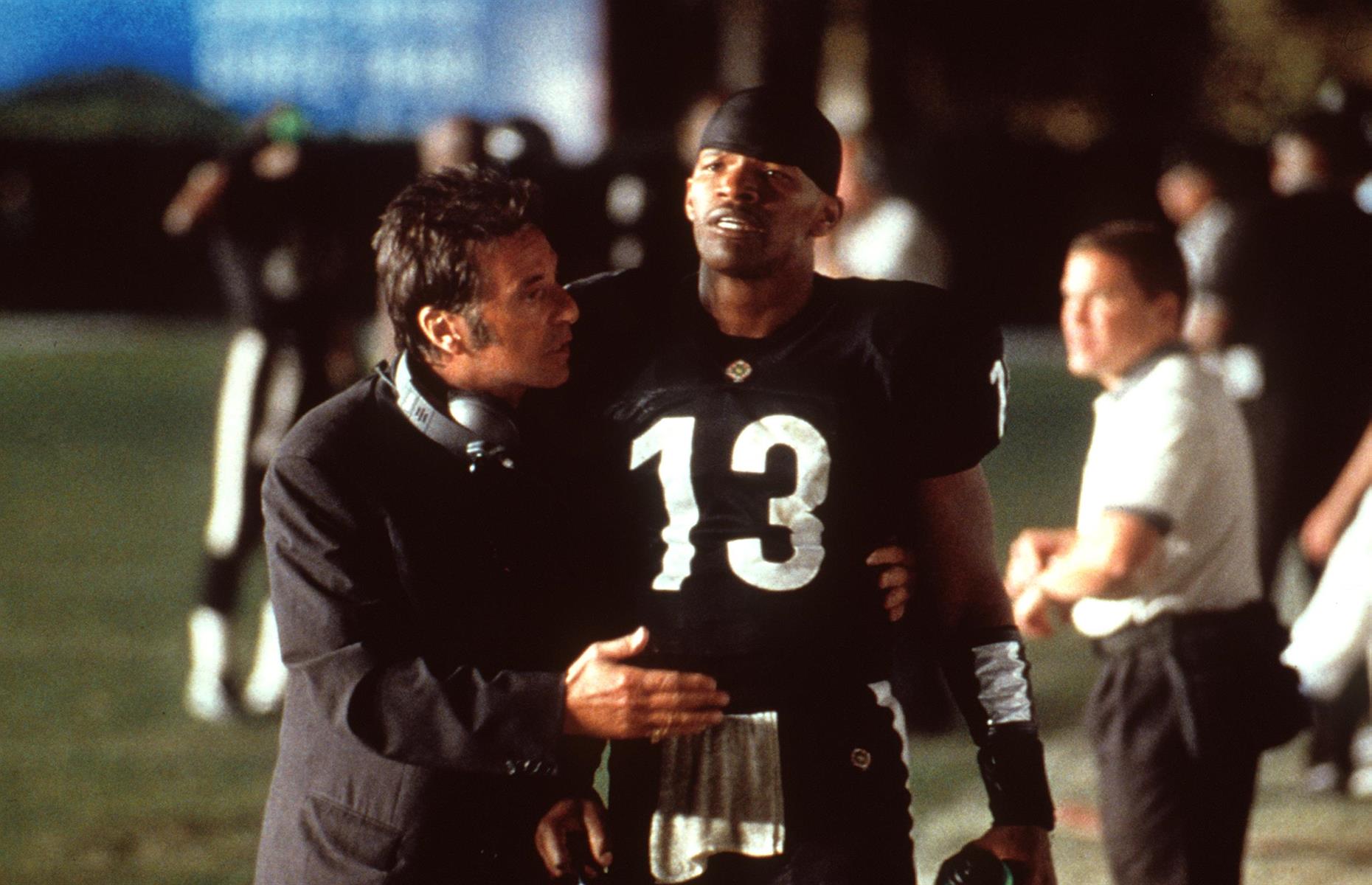 1999: Under Armour in Any Given Sunday

Sportswear brand Under Armour struck gold when it agreed to provide the football kits for the film Any Given Sunday in 1999. The brand's founder, Kevin Plank, took a risk and spent $25,000 (£20.5k) on an ad campaign based on the movie, which was launched in ESPN magazine shortly after its release. As a result, the company went from sales of $1.3 million (£1.1m) in 1999 to $5 million (£4.1m) just one year later, and Plank was able to pay himself a salary for the first time since starting the company. 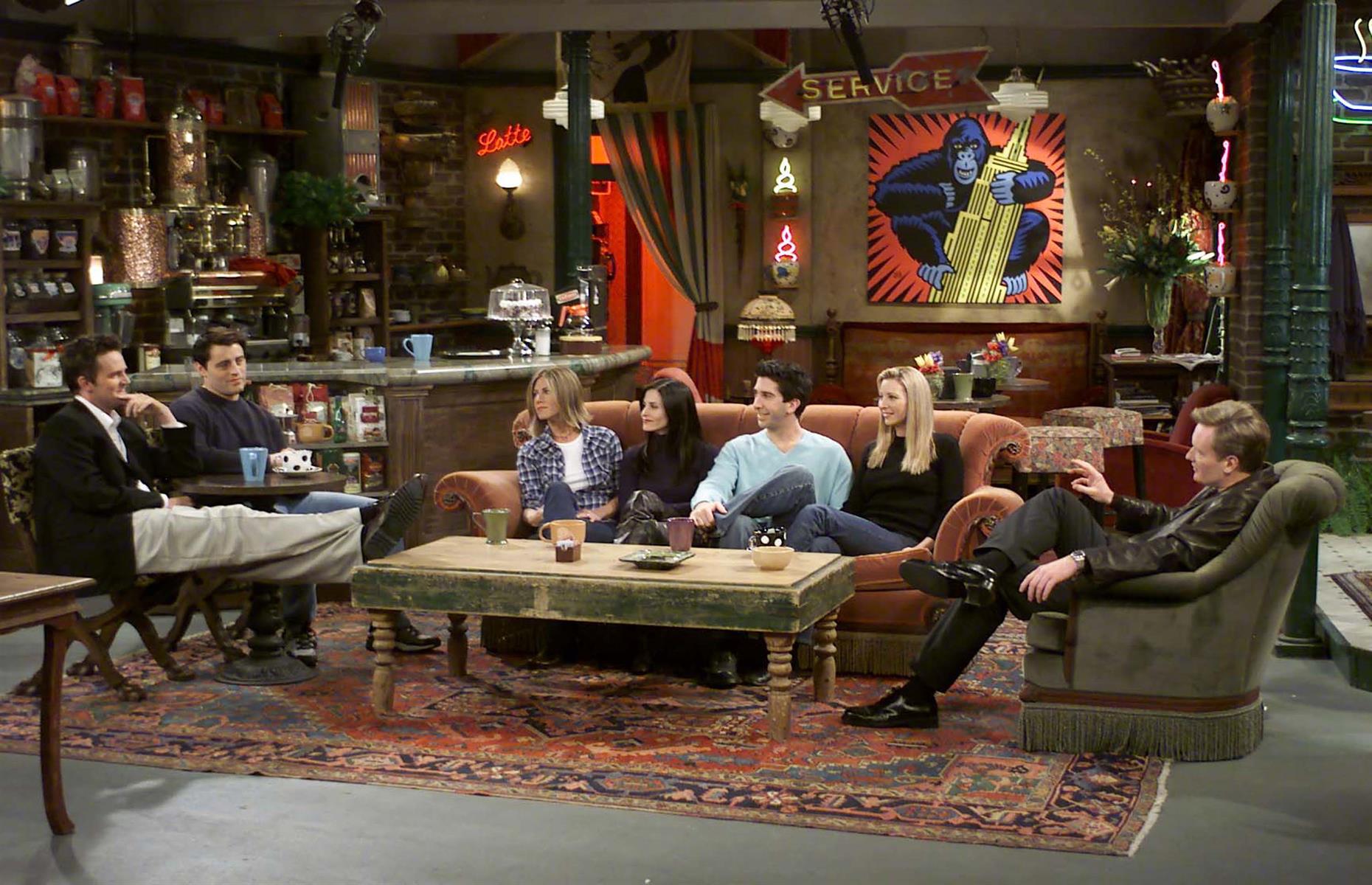 In one episode of the TV show Friends, Rachel pretends her new apothecary table from Pottery Barn is actually a flea market find. The episode had a huge impact on sales for the furniture brand; one executive described it as "the gift that keeps on giving" as, allegedly, "phones light up with catalogue requests every time it airs in syndication." Not bad considering the company didn't pay a penny to be featured. In July 2019, Pottery Barn launched a Friends Collection, complete with the apothecary table. 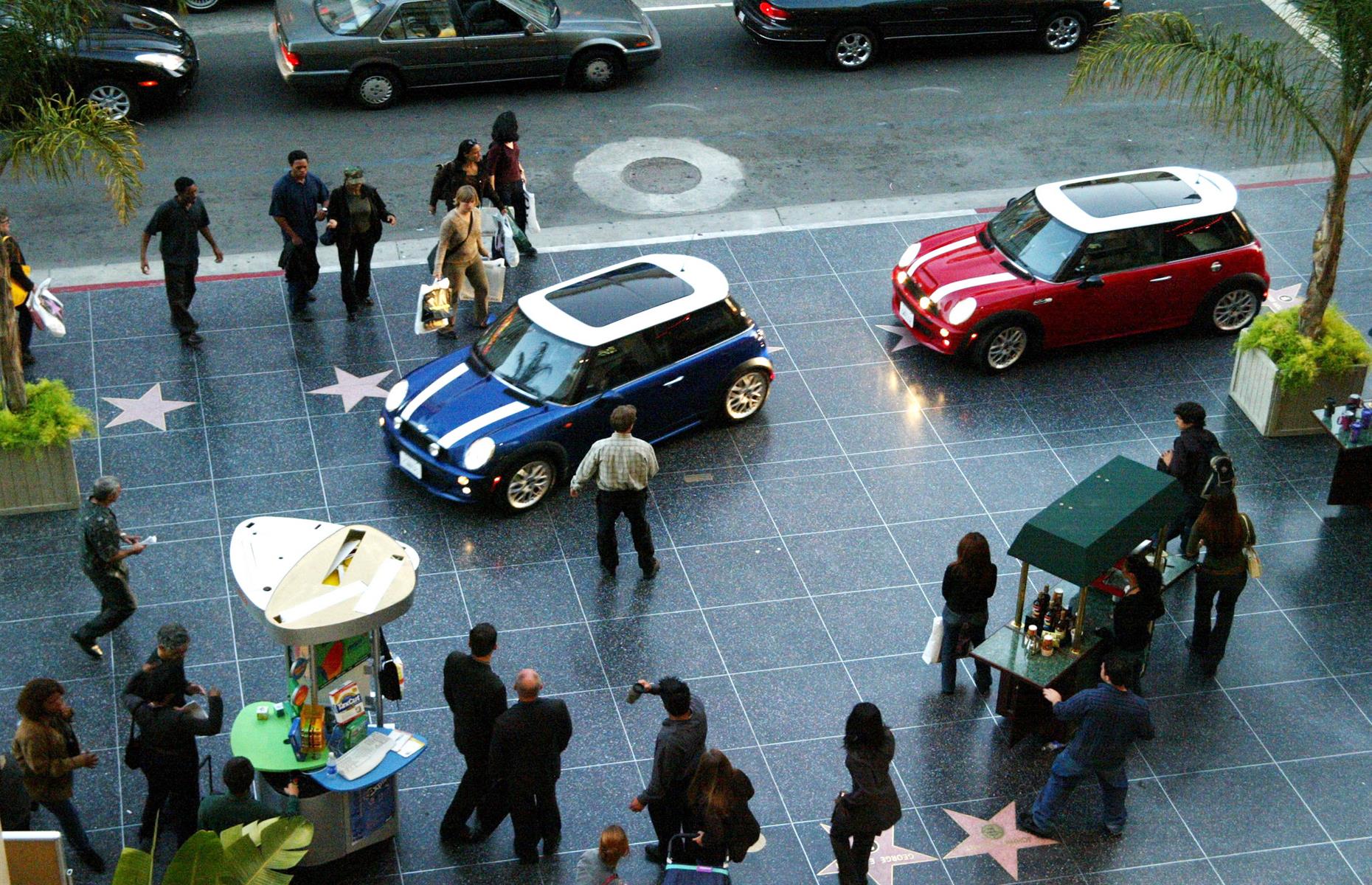 The Mini Cooper became synonymous with The Italian Job following its release in 1969. So it's not surprising that when the movie was remade in 2003, BMW was happy to be involved. The company handed over 30 cars during production, and it proved to be a good business move. While the movie itself was no great success, Mini Cooper sales increased by 22% compared to the previous year.

Sideways had a surprisingly large impact on the California wine industry when it was released in 2004. One of the main characters, played by Paul Giamatti, often talks about his love of Pinot Noir. In the months following the film's release, sales of Pinot Noir shot up by 22%. In contrast, Merlot, which gets a negative mention in the Oscar-winning comedy, saw a dip in sales of 2%.

2005: Solstice in The Apprentice

Pontiac spent a reported $4 million (£3.3m) in order to get its Solstice model on an episode of the American version of The Apprentice. Contestants on the reality show were tasked with designing a brochure for the car, and the episode also included a 60-second ad that offered 1,000 viewers the chance to be among the first to own the car. All 1,000 models were assigned within just 41 minutes, with thousands more people added to a waiting list. 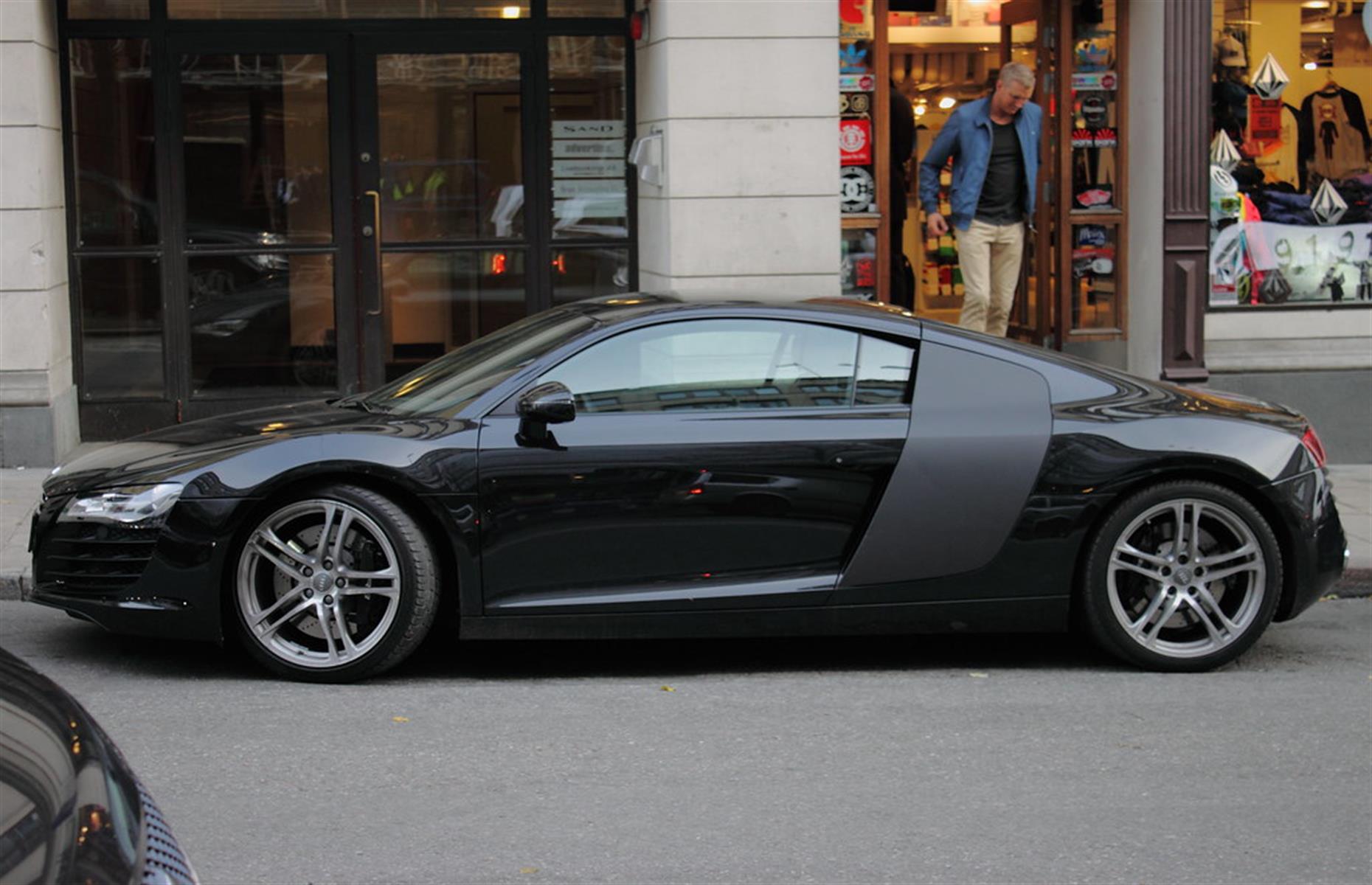 Audi signed a deal with Marvel to have its tech-loaded vehicles featured in several Iron Man films, starting with the franchise's first instalment in 2008. The most notable uplift in sales came after 2012's Iron Man 2, though. The movie helped to shift the brand's image and led to a 30% increase in sales of premium models as a result. Managing director Jeff Mannering said at the time the company was "on track for a record year in 2012." 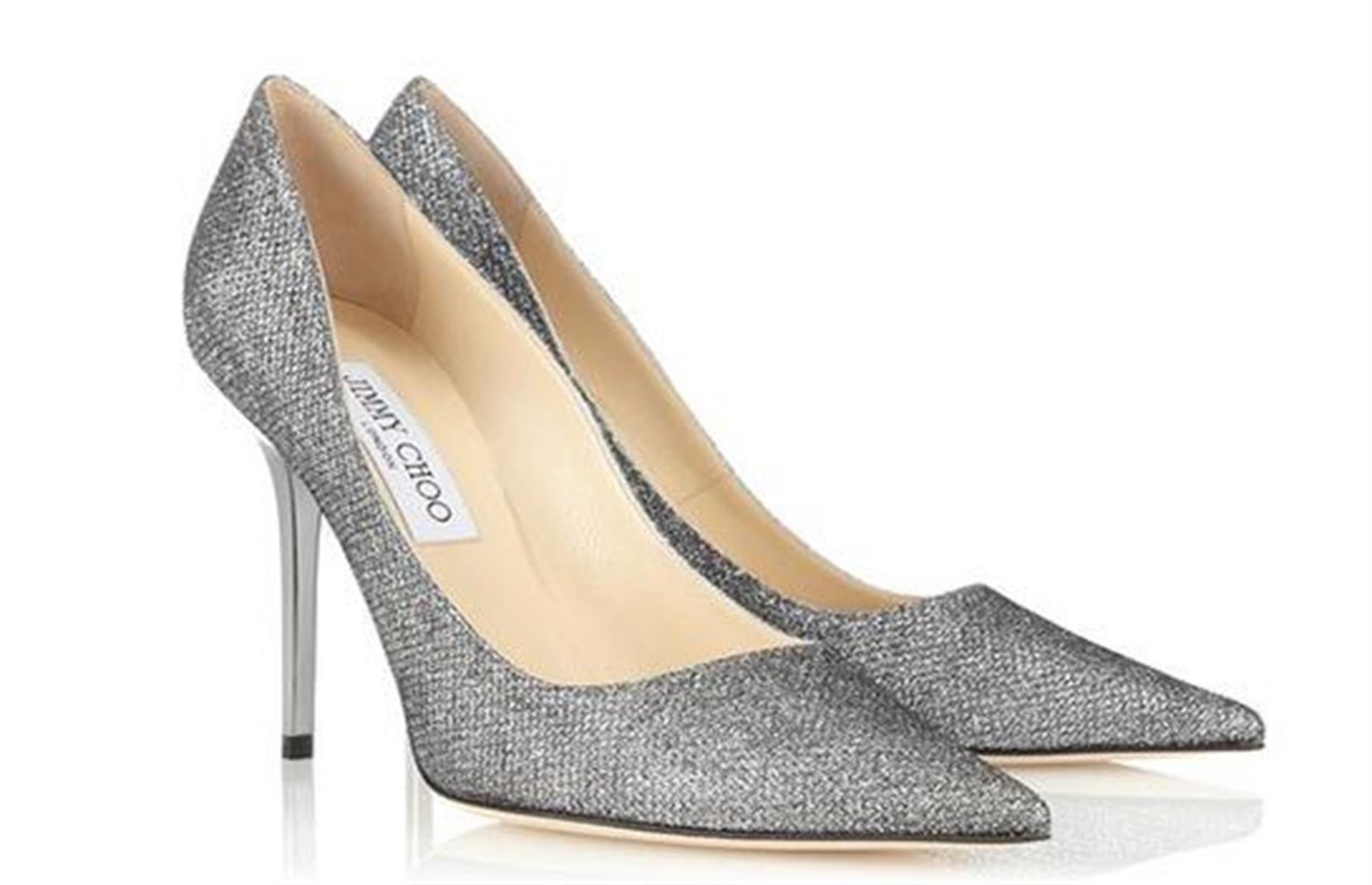 When a large number of customers across Asia began visiting Jimmy Choo stores in search of a particular shoe, company executives in London were stumped. Eventually, the mystery was solved: the high heel had been featured in an episode of the popular Korean soap My Love From the Star. The glittery Abel heel, retailing at $625 (£511), sold out in all Chinese and Seoul stores within a matter of days. Not bad considering the brand said it had no knowledge that the shoe would even be featured.

The Lego Movie from 2014 is basically an hour and a half of product placement for the iconic toy brand. While details surrounding the deal with Warner Bros. remain unclear, Lego certainly benefited. The company saw a profit increase of 15% in the year following the movie's release, with total sales reaching a record $3.4 billion (£2.8bn). 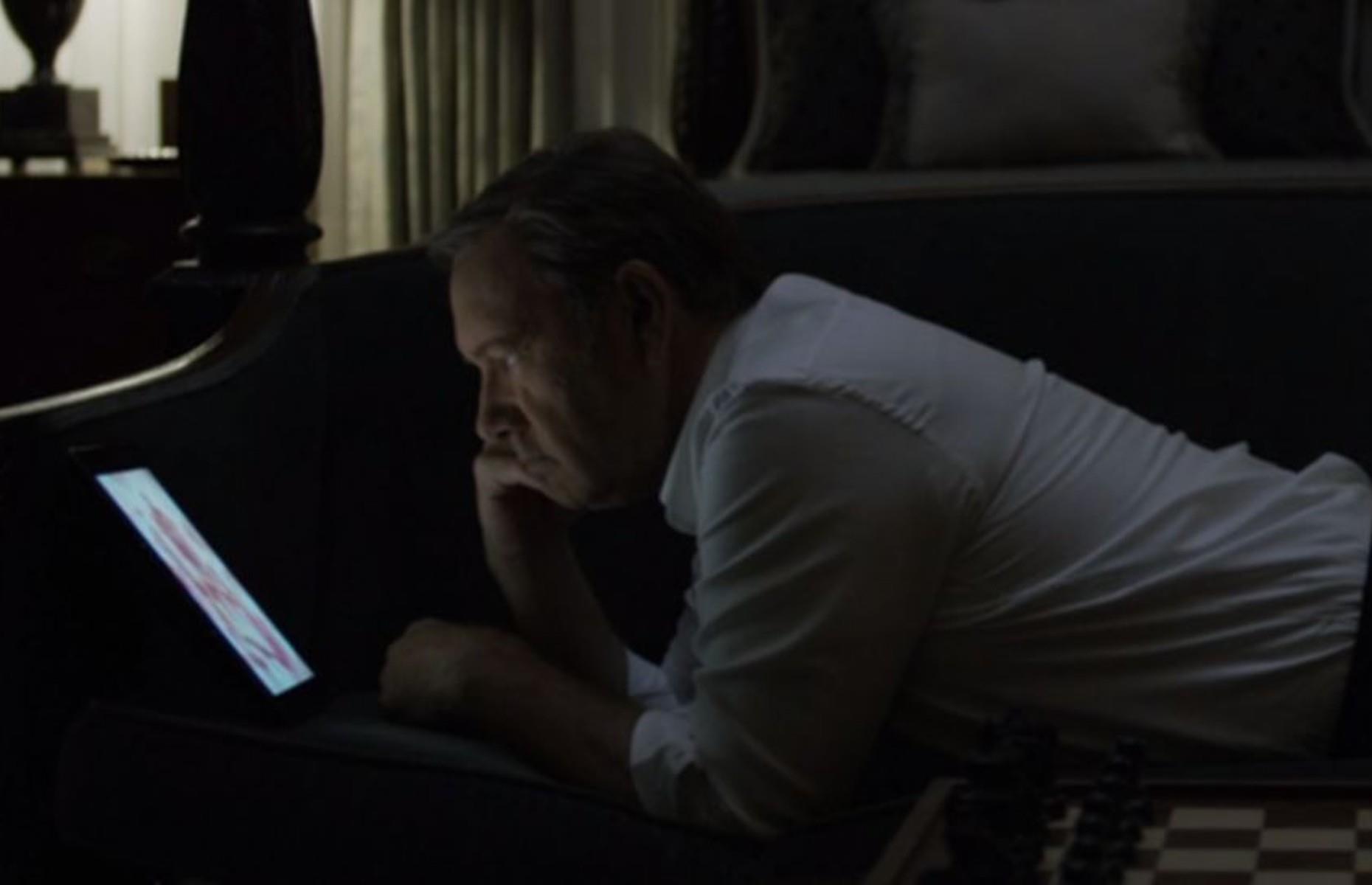 2015: Monument Valley in House of Cards

Kevin Spacey’s House of Cards character, ruthless President Francis Underwood, is seen playing mobile puzzle game Monument Valley in the third season of the hit show. The indie developers behind Monument Valley allowed the political thriller series to feature the app free of charge, but the decision paid off almost instantly. Within just five hours of the episode airing on Netflix in 2015, sales began to skyrocket.

Barbasol shaving cream was featured in a pivotal scene in 1993's Jurassic Park, with a can being used to try and smuggle dinosaur embryos off the island. So, when Jurassic World was released in 2015, the company made sure to use the cameo to its advantage, launching special-edition Barbasol cans.

Big Brother is the most popular show in Israel, so it's no surprise IKEA wanted in. The furniture brand signed a deal in 2016 that would see their products being unboxed and assembled when the housemates first entered the Big Brother house. It was a success: 200,000 people visited a virtual tour of the house on the IKEA website, and sales increased by 13%.

Australian cereal brand Weet-Bix hit the big time in China after a spot on the TV show Ode To Joy. In the show – China's answer to Sex and The City – one of the main characters grabs a box of the cereal, stating she prefers a Western-style breakfast. The show has a huge audience, with over 100 million Chinese viewers having tuned in. As a result, demand for the cereal became so intense that some people were willing to pay NZ$55 (US$34.60 or £28.30) for a box online! The brand saw an impressive 50% spike in sales throughout China.

Eggo sales had been in decline until the brand got an unexpected boost thanks to Stranger Things. The lead character in Netflix's popular sci-fi show loves the frozen waffles, and, as it turned out, so did everyone else. Sales increased by 14% in 2017 and 9.4% in 2018. Although the brand didn't pay to be included in the show, it's making the most of it, including running retro ads in summer 2019 to match the show's 1980s theme in the run up to its third season.

Crazy Rich Asians turned out to be a big hit with moviegoers in 2018, with worldwide box office takings of $238 million (£194.7m). The movie not only provided a promotional boost for high-end brands but also for Singapore itself, where most of the action takes place. Both the Raffles Singapore and Marina Bay Sands hotels are featured in the movie, and after its release, hotel occupancy rates in the country in general rose to 87%, the highest in a decade. 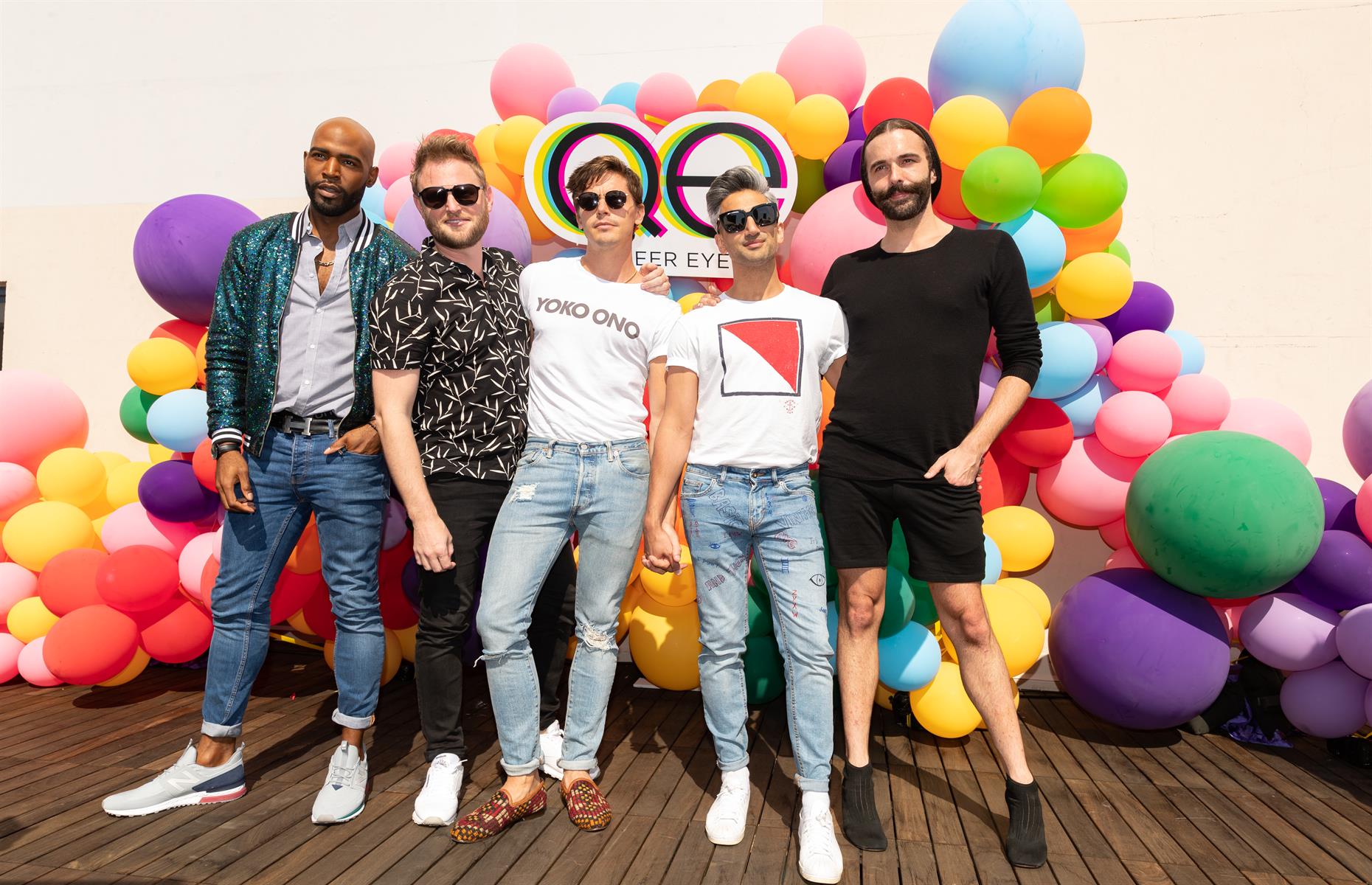 Queer Eye is one TV show that has never shied away from heavy product placement. The Netflix favourite features many paid-for products; everything from furniture to clothes has been provided as part of deals that help fund the show's makeovers. In 2018, the Cover FX Correct Click was featured, and the concealer stick sold out in a few hours as a result. 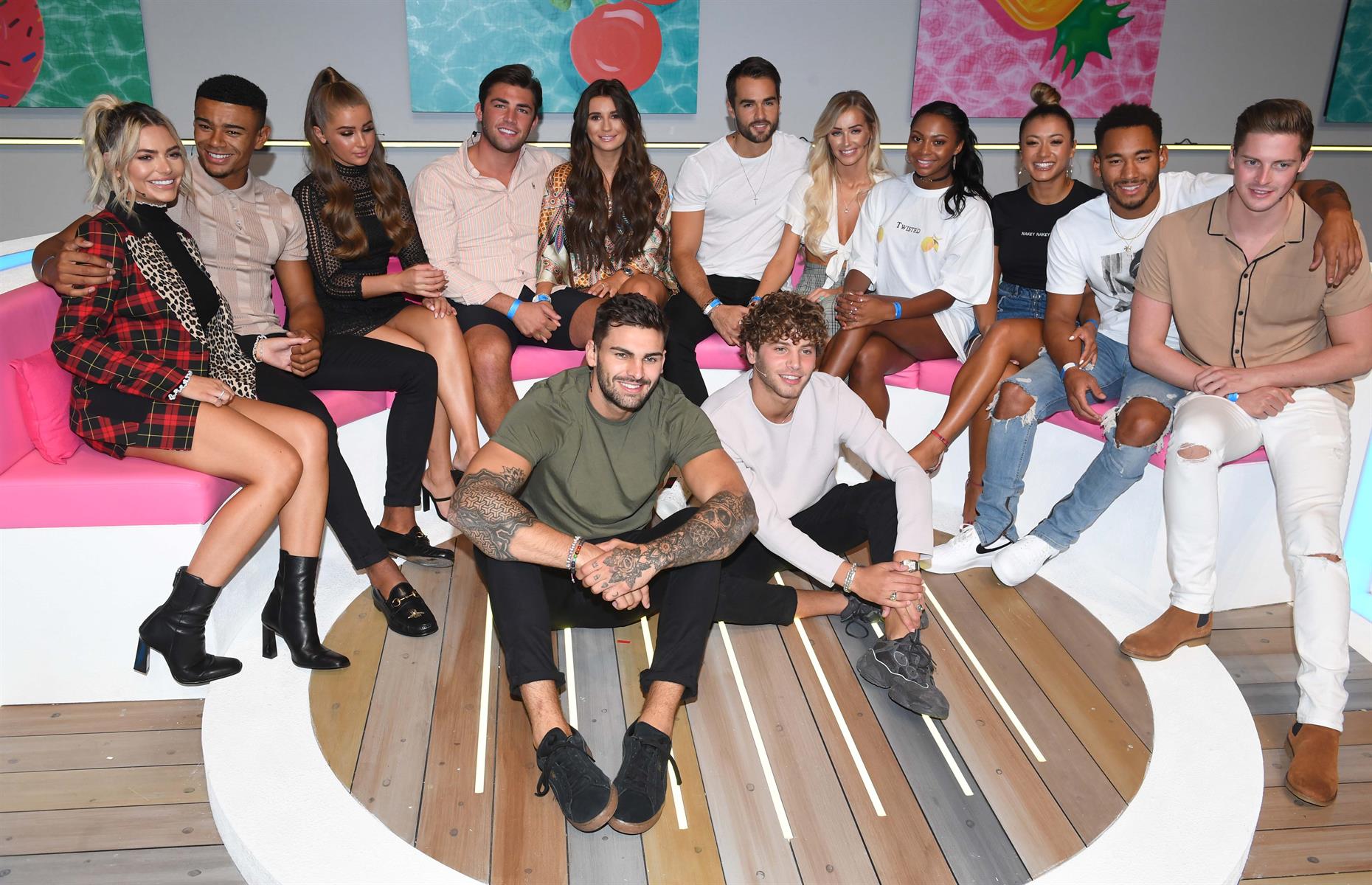 Online fashion retailer Missguided struck gold when it signed a deal with British reality TV show Love Island. With participants wearing the brand's clothing over the show's eight-week run in 2018, the company's sales got a serious boost. According to Missguided executives, sales jumped 40% during the show, with items worn by the most-liked contestants often seeing a 300-500% boost. Overall, during Love Island's run, 18% of the brand's sales came from pieces featured on the show.

2019: Fiji Water at the Golden Globes

It wasn't the celebrities that got people talking about the 2019 Golden Globes red carpet, it was the Fiji Water model stood behind them. Kelleth Cuthbert had been paid solely to hold a tray of the water bottles but seemed to be knowingly posing for the camera. E! broadcast live from the red carpet, and along with all of the photos from the event, it's been estimated that Fiji Water would have had to pay over $12 million (£9.8m) to gain the same level of publicity through traditional advertising.

2019: Starbucks in Game of Thrones

Starbucks gained a wealth of free advertising thanks to a coffee cup being accidentally left in the shot during a 2019 episode of Game of Thrones. Experts have said the publicity value of the blooper is in the tens of millions, which is an especially lucky twist considering that the cup wasn't even from the coffee chain itself – it came from the production's own craft services but was just assumed to be from Starbucks thanks to the similar colours.