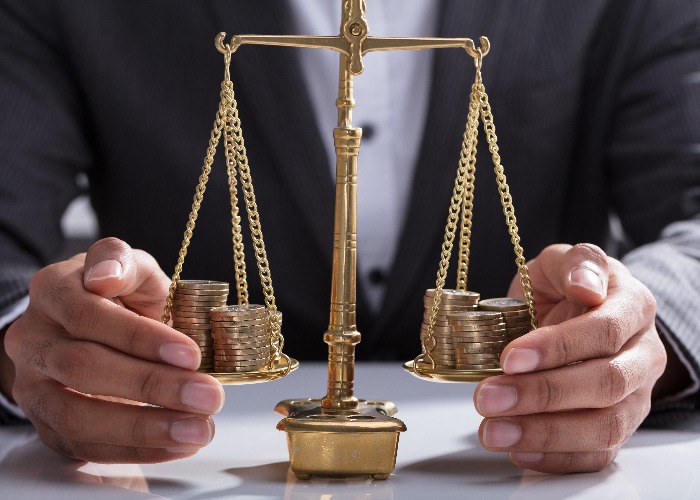 Banks told to scrap payments to investors as watchdog calls for a temporary freeze on debt. But anyone needing help MUST check with their bank first or risk huge charges.

Britain's banks have been warned not to hand over billions of pounds due to investors and instead use the money to help customers struggling to make debt repayments.

Many of the nation's biggest banks were set to pay dividends to their shareholders at a time when millions of workers are facing job uncertainty and falling incomes as a result of the Coronavirus pandemic.

But historic announcements from two key regulatory bodies are likely to put a halt on those plans and could see the funds used to offer short-term help to struggling borrowers instead.

Here's a roundup up of what's been said and what this might mean for investors and borrowers alike.

Dividends are a big attraction of investing in certain stocks and shares.

These regular payments provide investors with a steady income, or can be reinvested, helping you boost the size of your portfolio.

Certain industries are well known for rewarding shareholders with dividends, a slice of the firm’s profits, with the banks chief among them.

A whopping £7.5 billion in dividends was set to find its way into the pockets of people like you and me, with money in the stock market whether as a dedicated investment or more likely as part of our pension.

However, the Prudential Regulation Authority (PRA) stepped in, ordering banks to scrap the payments of their own accord or face the PRA using its powers to force them to do so.

In addition, it has instructed banks not to pay any cash bonuses to senior staff, adding that it is “confident that bank boards are already considering and will take any appropriate further actions with regard to the accrual, payment and vesting of variable remuneration over coming months”.

The PRA also pointed out that cancelling dividends was a “sensible precautionary step” given the role the banks have ahead in supporting the economy through the economic upheaval we are facing as a result of the Coronavirus pandemic.

Obviously, this is bad news for our pensions, but let’s be honest ‒ what development in recent weeks hasn’t hurt our pension pots in some way?

We can just add this one to the list.

'Don’t sit on that cash'

Of course, this sparks an obvious question. Dividends are a means by which firms share their profits with shareholders, and if that money isn’t being paid out, what’s it being used for instead?

You might think that banks are probably quite happy to sit on it at the moment, providing a bit of a buffer against what’s going on currently, but the PRA was also clear that this isn’t an option.

In its statement, it said: “We do not expect the capital preserved to be needed by the banks in order to maintain adequate capital positions, but the extra headroom should help the banks support the economy through 2020.”

Clearly, the PRA expects banks to put the money saved from these cancelled dividend payments to use in helping people impacted by what’s happening at the moment.

Which brings us neatly to the second huge announcement, this one from the Financial Conduct Authority.

It has proposed that bank customers who are struggling financially not be charged interest on the first £500 of their overdraft for the next three months.

The financial watchdog has also called for a freeze on loan and credit card repayments for 90 days.

To repeat, these are just proposals so nothing is set in stone: it has told banks to respond by Monday (6 April), adding that it would like them to be rolled out as early as next Thursday (9 April).

Kevin Doran, the chief investment officer at AJ Bell, had earlier this week called for a similar measure to be introduced (although he suggested a six-month freeze).

He highlighted the scale to which banks have been coining it in from our borrowing habits, enjoying a gross revenue of around £28 billion per quarter simply in interest on our total loan balance of around £1.9 trillion.

“This could bring massive relief to families, ease fears of insolvency for businesses, take pressure off employers to lay off staff and ease the burden on the public purse, which is currently being lined up to subsidise the wages of furloughed employees,” he said at the time.

Banks already helping – to a degree

To be fair, we have already seen some banks begin to loosen the purse strings and provide more help to people who face a dicey time financially.

This has been clearest on overdrafts, with banks announcing increased interest-free facilities.

Virgin Money, for example, has made a £500 interest-free overdraft available to borrowers affected by Coronavirus for three months, while Barclays has dropped all overdraft charges until the end of April.

HSBC meanwhile has introduced a £300 interest-free overdraft for three months for current account customers, as has Lloyds Banking Group, which covers customers at banks like Halifax, Bank of Scotland as well as Lloyds itself.

Further overdraft measures have been put in place by the likes of Metro Bank, Nationwide, NatWest and Santander.

This is undoubtedly welcome, but there’s little doubt banks are going to have to go much further in order to help both people and businesses keep afloat.

Thankfully they have the cash from those dividend payments that now aren’t happening to help them do just that.

Regardless of what you've read in the news, it is vital you contact your bank if you're struggling to make repayments – even if getting hold of them is especially difficult at the minute.

As we mentioned earlier, the FCA has merely made proposals and there's no way of knowing how banks will respond.

Indeed, in the documents released today, the watchdog itself states that "consumers who need additional financial support... will be able to request from their provider that up to £500... is provided at 0% for up to three months."

So even the proposals suggest that customers would need to contact their bank to ask for additional help.

It might be best to assume your bank isn't offering any help until you've been notified by them in writing or, ideally, spoken to someone there just to be safe. When you're already struggling financially, the last thing you need to do is risk further charges or damage to your credit rating.

So while call waiting times will likely be frustratingly long as short-staffed banks deal with a long list of customers, it could well end up being time well spent.

What do you think of the two announcements? Should banks scrap dividend payments on this occasion? Should struggling customers have their debt temporarily frozen? Let us know your thoughts in the comments section below.